Travel with a bookish passport this Travel Tuesday

This is the best time to travel to South America. An entire continent of books and new stories to discover. New writers and writers in translation. SO much to discover.

A tour around the continent: 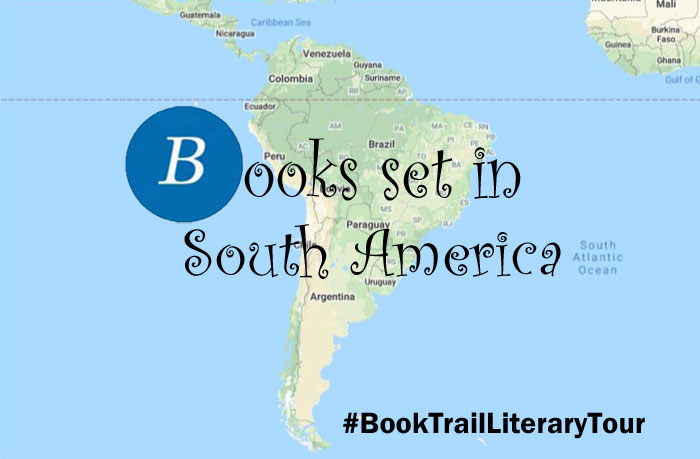 On Wilder Seas By Nikki Marmery

For a trail on the Golden Hind ship – the very ship that Francis Drake sailed around the continent with a crew on board. The Golden Hind sailed along the Pacific coast of South America, attacking Spanish ports and pillaging towns.

The stories take place in and around Santiago Chile, across its various neighbourhoods and streets. This is a city undergoing change, its people undergoing change and the city moving and leaving some behind.

There’s an Argentinian thread to this story and it’s very Spanish orientated with dancing and music coming from Granada too. Some of the characters travel to Argentina in the search for a change in circumstances. The journey over by boat is long and arduous and the conditions there, once in Mendoza are only a stop gap until the boat sails for New York and the new world.

On the edge of the Latin American rainforest, the Oteros family farm sugar cane in their remote corner of the earth. Cut off entirely from the modern world, life is peaceful, uneventful. Until, that is, a succession of ships arrive in search of Henry Morgan’s legendary lost treasure, said to be buried deep beneath the forest floor.

The Darkest Heart by Dan Smith

Zico leaves behind a life of crime and violence in the favelas of Brazil and now wants to become a better man. But his old life has different ideas and he is soon tasked with just one last kill.

Enjoy your bookish travels. With literary travel you can go ANYWHERE your imagination takes you