There’s something very exciting about island settings in novels. They are one of the best locations to be either relaxing and far away from the busy dramas of life OR they are the best place to find someone trapped, alone and without a phone signal…. 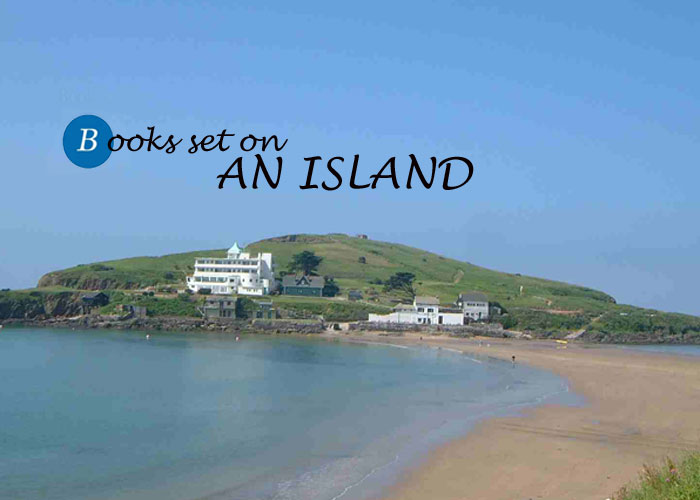 Good points: quiet, relaxing, unspoiled, distant from the mainland, completely cut off from busy modern life, traditional way of life, not many people

Bad points: all of the above and more!

They make us face our fears I think. Not many of us live on a small island. There’s often just certain times of day when you can access the island, water surrounds it, the weather can be rough and not allow you to get to the island or indeed leave. Who is on the island you don’t know yet? The landscape is wild and visceral – it dictates everything you do here, the way of life and the mentality of the people in many ways. People here don’t just live, they survive..

I personally love an island mystery – ones with bookshops on them with Jenny Colgan or asylums with Dennis Lehane. They all feature either the unknown and the feeling that once you’re there, there’s not much chance to move around. You’re at the mercy of the island and those living on it…

Starting off with a nice friendly one :

What better way to spend time on an island that a Fictional Cornish one? Holly Martin has written a series of romantic and humorous novels set on what she has called Hope Island. What a lovely name! Plus, the covers of the books are always as sunny as the stories inside.

What starts out as a new chance and retreat….

That Cally Taylor chooses some lovely places to take readers, but then there’s always that undercurrent of intrigue and fear travelling with you for the ride. To be fair, the character in the novel does choose this island for the fact she wants to escape from life. She hopes the island will act as some kind of escape for her. Well, she will soon want to escape!

She takes a job at a hotel on the remote Scottish island but when seven guests join her, what started as a retreat from the world turns into a deadly nightmare…..(cue evil laugh)

Warming up now…a stunning island setting but with many secrets on it….

This has to be one of the most stunning island settings for a novel – despite the fact that there are murders and crimes of all kinds happening on it! It’s the Midsommer Murder of islands to be honest. One of the loveliest spots in the Stockholm archipelago and somewhere the author loves – and where she lives a lot of the time. The TV show of the novels is filmed on the island too so even more reasons to visit it! Lots of chances for boat rides, swimming and other island adventures…

Be brave with this one..this island’s only building is the asylum….

A horror story and a top notch psychological thriller this one. Two cops head over to an island off the coast of Boston. They’re there to investigate a missing patient from the asylum on the island. The place and the island are supposed to be impossible to escape from. But one woman seems to have managed it.The weather is so bad that they can’t leave it for a while so they have to stay in the same accommodation as the patients . It’s there that Teddy, the main cop discovers a wing of the asylum that is not accounted for and a disused lighthouse…

And then there was one:

Perhaps the most famous of island mysteries and still my favourite of Christie’s books. The premise is just so plausible – ten people are invited to spend time on an island. They don;t know each other but have had letters from the owners personally inviting them to either work a little, help them or just have a nice time. There is a nursery rhyme in each room about ‘ Ten Little Soldiers’  – which states that one by one, the soldiers will die leaving no one left. How is this possible however? A silly rhyme or one which starts to happen for real with the ten guests. One by one, they seem to be dying in exactly the same way as the soldiers in the poem…. 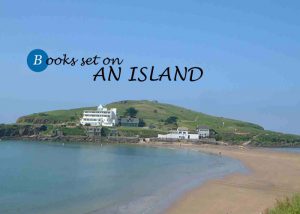