The day of The Testaments has arrived and it’s perhaps one of the most anticipated books in the publishing calendar. There’s some interesting places in these kinds of books  – some of them real and some fictional – but what fascinating worlds these books take us to! We might all be heading off to Gilead today ( a very unique USA where people want to flee and claim asylum in Canada) but where else can you see in a dystopian light? 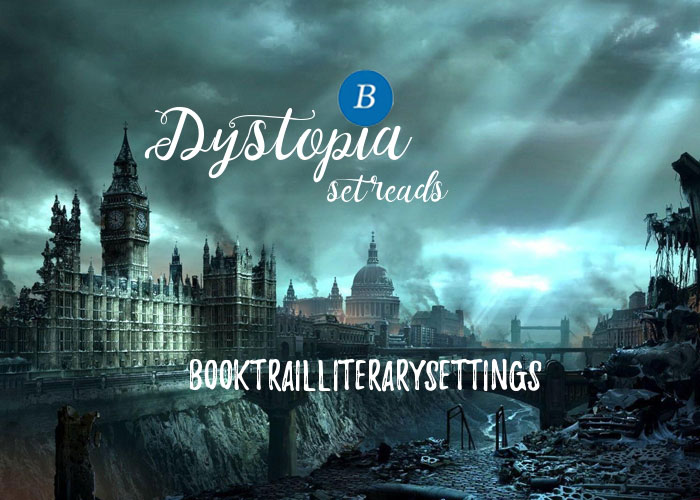 The Testaments by Margaret Atwood

More than fifteen years after the events of The Handmaid’s Tale, the theocratic regime of the Republic of Gilead maintains its grip on power, but there are signs it is beginning to rot from within.

Raised by her mother and Maeve on Slanbeg, an island off the west coast of Ireland, Orpen is in trouble. Ireland has been devoured by a ravening menace known as the skrake, and though Slanbeg is safe for now, the women must always be ready to run, or to fight.When Maeve is bitten, Orpen is faced with a dilemma: kill Maeve before her transformation is complete, or try to get help……

Twenty people remain in as remote Swiss hotel. In the world outside, there’s a nuclear war recently declared. Whilst the world outside implodes, the world within isn’t that safe either. One day, the body of a girl is found. It’s clear she has been murdered. Which means that someone in the hotel is a killer…

London as you know it no longer exists. Civilsation is coming to an end. Oxford Street is burning, Regent’s Street has been bombed and those people who can’t produce an ID card, well you might as well not exist.

The only place which remains remotely recognisable is the British Museum…..

A pandemic called ‘The Sweats’ is sweeping the globe. London is a city in crisis. Hospitals begin to fill with the dead and dying, but Stevie Flint is convinced that the sudden death of her boyfriend Dr Simon Sharkey was not from natural causes. As roads out of London become gridlocked with people fleeing infection, Stevie’s search for Simon’s killers takes her in the opposite direction, into the depths of the dying city and a race with death.

Books set  on the marshes