Where I meet the iconic Lesley Pearse

Today is a very special day for me. I’m meeting such an iconic writer. The Queen of historical fiction and sagas. The woman who has brought some of my favourite historical characters into the world such as Belle, Hope and Georgia. Not only that she’s written some of the most gripping contemporary stories too. Is there no end to this woman’s talents?

I heard on the grapevine that Lesley’s a bit partial to a piece of Coffee and Walnut cake with lots of butter cream icing. Also loves a nice cup of English breakfast tea, very weak served in pretty bone china.  So, we’re meeting in a tea shop not far from Hampstead Heath as this is where Lesley’s new book ‘Dead to Me” opens. Oh I can’t tell you how exciting it is to be at a literary setting with the author herself! Maybe I’ll see Verity or Ruby. 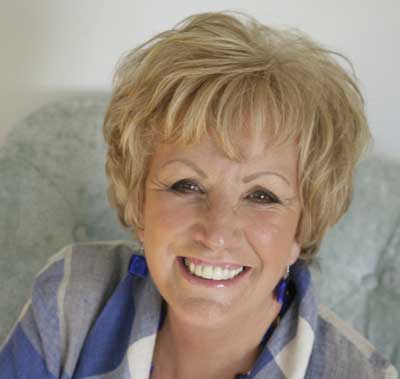 Your stories include traditional sagas, historical, contemporary and crime. Is there one you enjoy writing the most or do you like the fact that the story speaks for itself and the genre is secondary?

I like historical best, but the amount of time needed for research makes it impossible to do one every year.   Crime is very exciting too, but the need to delve into forensics makes that difficult too

I particularly enjoyed the Belle Trilogy. Do you plan to write another trilogy or do you prefer standalones?

I loved Belle as a person and that was why she became a trilogy. Usually by the time I’ve finished a book I feel I’ve put my heroine through enough. If I find another character I like as much as her, I might well do another trilogy.

Your young characters go through some tough times. Troubled childhoods where beatings are common and where children often run away. But they also show great strength? Is strength against the odds something you are keen to explore and get across?

Yes I do this, possibly as I had such a tough childhood myself. But I have found those with the most challenging childhoods are usually the strongest adults. Not that I’d advocate beating a child for character building!

Which of characters would you say you are most alike?

Camellia I think, but I wouldn’t admit it to family members. 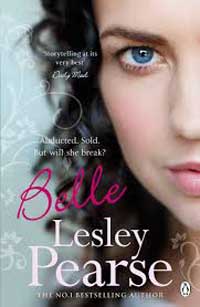 Which five of your characters (from any of your books) would you like to get together for a meal and a chat?

Belle and Etienne of course, and Mary Broad from Remember Me as she’d have so many tales to tell. Georgia for her uplifting indomitable character and sense of fun, and Harry Collins from Tara, the east End Spiv, as he was rather hot.

Do you have a favourite setting of your novels and how do you research them when setting is so important to the story as with Belle’s America and Gypsy’s Klondike River?

Not really. I think about what I want to write about and sometimes the place is, the story as in the Klondike.  So I go off there and let the place talk to me. I also like setting books in places I love like Rye and Romney Marsh, or Scotland. 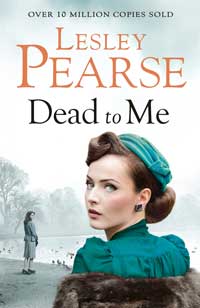 Dead to Me is your latest book. Set in London during the 1930s. Can you tell us why this book is important to you?

I lived in South London between 11 and 16 and I was miserable most of the time. So maybe I wanted to lay a ghost. The rest of the book is set in Torquay where I am now so happy; a shrink would make the connection in that.

What do you plan on writing next?

I’ve just started a book called The woman in the Wood. The woman lives in a shack in the New Forest; I haven’t decided why she is there yet.

Who do you like to read yourself and which books have been important to you growing up, which you still treasure now.

My taste in books is fairly eclectic, I read anything if it’s given to me, but I’m too cynical for pure romance, and I’m irritated by Chick Lit.  I like best thrillers, action stories and historical.

My favourite book as a child was Mark Twain’s Tom Sawyer.  I still treasure it as that book made me hungry for adventure and want to see the Mississippi. Younger still I loved Rupert Bear. Also Dickens. But Gone with the Wind is my favourite book of all time.

If you could go on a book trail of one of your own books and one of another author’s where would you go and why?

I’d go to the Yukon with a real hunk, in winter so I could go on a dog sledge. Another author’s would be Margaret Mitchell, I’d like her to take me to Charleston and some of those Tara like planation mansions. And Rhett Butler would be welcome to come along.

Well with that,we take a walk on Hamsptead Heath. Lesley has some people watching to do for her next book. Either that or to find a Rhett Butler lookalike. Still, this is fun and since I love people watching, I think Lesley and I make a great team. If we go anywhere near a wood however, since her novel in progress is at the moment called ‘The Woman in the Wood’ I may start to get nervous…

With many many many thanks to Lesley! A dream come true to meet you x

Dead to Me by Lesley Pearse is published by Michael Joseph on the 14th July price £18.99 hardback.