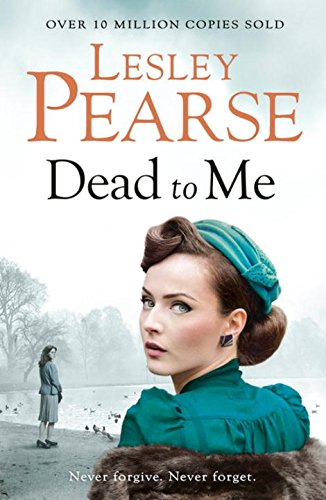 1930s: Two girls from very different worlds meet, and both of their lives change forever

Two girls meet by chance on Hampstead Heath. Two girls who really shouldn’t be ‘Fraternizing’ with each other according to society rules. One is from the smart end of town, all dressed up with manners and lace. Whilst the other is disheveled and grubby.

Yet Verity and Ruby become friends and spend days out together, hiding their relationship from their parents and people they know who won’t approve anyway.

But life is not easy for either of them and as Britain prepares for war, their fortunes are somewhat reversed. Ruby is set to Devon to a life much improved from her old one, and Verity is forced to leave behind everything she has ever known. But the girls vow to keep friends despite everything. But when one of them writes a note to the other stating: You are Dead to me’ what has caused this chasm to the two of them and can it ever be fixed?

This is the London of Lesley Pearse – the London of the Verity’s of this world who live a life of luxury and the Ruby’s of this world who try to shine amidst a life of poverty and neglect. They might live at totally opposite ends of the society spectrum, but by wandering around Daleham Gardens where Verity lives, you can see the life of wealth and riches where Verity is shielded from the other world, her mother does not want her to see.

On Hampstead Heath, both sides of this city can mingle at will. And a different heath it is too – for Verity, a place to play and sit nicely. For Ruby, a place to maybe find a scrap of food or a nice picking from a pocket. Needs in London must be met however you have to meet them and feed yourself.

Ruby is sent to live in Devon and goes to a lady who looks after homeless and poor children. The contrast from the dank colbbled streets in London, the fear in the shadows and fighting for your next meal is sharp. Here Rby starts to see what she’s missed. The sky is blue and fresh and she finds work at the famous Palace Hotel. Oddicombe Beach and the Babbacombe area of Torquay are her new start in life. But Verity has stayed in London and to a fate less certain than Ruby’s.

This was a delight to read. I love Lesley’s books and this was no exception. I grew to love both Verity and Ruby and when events in their lives spiralled out of control, I cared deeply for them and kept reading on to see what happened next. I swear I could picture them so clearly as I read, their smiles between them as they spent together knowing that people would tale. And Verity really took Ruby under her wing which I championed despite the response she got at home. The children in this novel are far more grown up than the grown ups it would seem!

I love the way Lesley weaves the story and builds up enough of a backstory that you really care about the characters. I was fascinated to see what would happen to them and what the title Dead to me could  mean! Oh Lesley you do like dropping in a moral dilemma. What would I have done? I don’t know but I totally understand what happened. Yes I know I’m being vague but like with all Lesley’s novels you really can’t know too much about them before reading as you have to get the build up and the understanding for yourself.

This is a lovely saga with ups and downs, twist and turns and a real insight into the human spirit.