You can’t go to Edinburgh without seeing the city through the eyes of Ian Rankin and Rebus. You really see the city in a new light. It’s a dark light admittedly but that’s the fun of reading the books and then visiting the places in the novels. This is not the Edinburgh you know unless you have read the novels and visited the shadows, the pubs and the dark corners of Scotland’s capital. 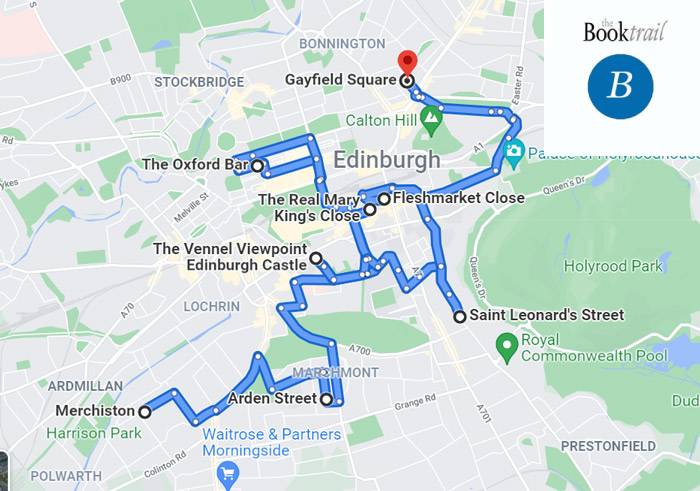 Let’s start with the home of her archrival Ger Cafferty. He lives on the outskirts of the city in Merchiston. He might not be a nice guy but at least the place he lives is. Merchiston, home of Napier University and on the way to Morningside which is home to many nice coffee shops, bars and open spaces.

Back to safer territory now and we head over to Arden Street. The home of Rebus himself. When I know where a character lives, I like to walk down the street and picture them inside, imagine what case they are working on for example and hoping they might come out into the street.  You can imagine him here, returning from a case ready to head to bed, or coming home after a night out at the Oxford Bar, his second home. 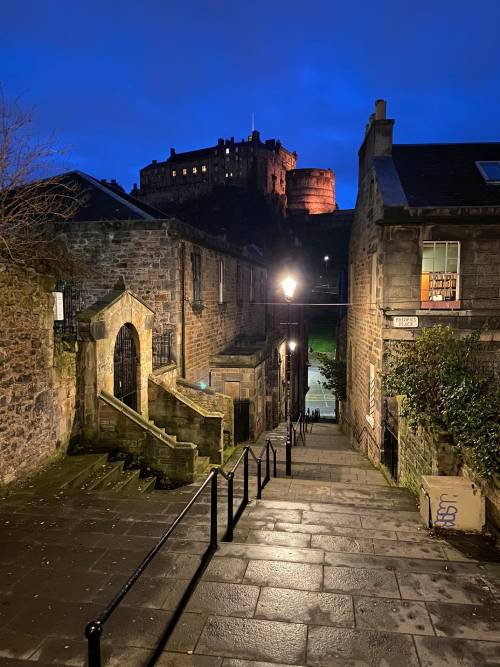 Before you head to Rebus’ second home, wander down The Vennel and get the best view of Edinburgh castle. This is an image which Ian often posts on social media on his way somewhere and he has featured it in all weathers. Beautiful at all times!

Where the body is found at the start of Mortal Causes
and a place which is now a tourist site. Go underground and prepare to see where the people of Edinburgh used to live…as well as some people who may still haunt this place…

You can’t do a Rebus tour without visiting the Oxford Bar. Imagine having a pint in the very bar featured in the novels and where the author himself is also known to have a drink or two. A photo outside with any of the Rebus novels is a must.

There are two police stations in the novels but this is the original one before Rebus gets moved to GAyfeield Square in the novel Fleshmarket Close. If walls  had ears! You can only imagine what has been said and witnessed around here. If you stand here and find that a passer by bears a striking resemblance to Rebus, it’s a particular thrill. 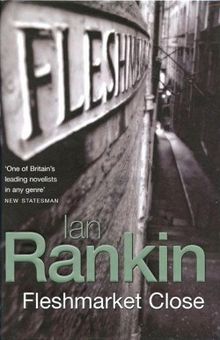 Both a real location and the title of one of the novels.  Fleshmarket Close was so called because the city used to hold its meat market there but Ian Rankin was inspired by the name and felt it fitted his idea for a novel about the trade in human flesh so to speak. The setting, with the immigrant problem, the gritty changes of  a city, the side no tourist sees, is set in the flesh and blood of Edinburgh

Rebus moves to the police station here in the novel Fleshmarket Close. This is the Edinburgh undergoing change however. Many outsiders, immigrants are coming into the city. Even Rebus himself moves from his ‘ home’ in St Leonard’s police station to Gayfield Square. 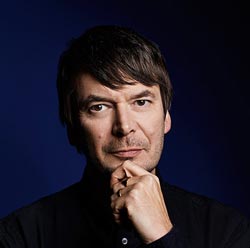 Just incase you’re hungry again despite having visited The Oxford Bar, Rather be the Devil  opens here as Rebus is tucking into a lovely juice steak. He’s drinking wine as is trying to cut down on beer.