Having had the pleasure of chatting with Ann Cleeves at Harrogate this year and meeting the lovely Brenda Blethyn and her sidekick Kenny Doughty, there was time to chat to Ann about her upcoming novel The Seagull…. 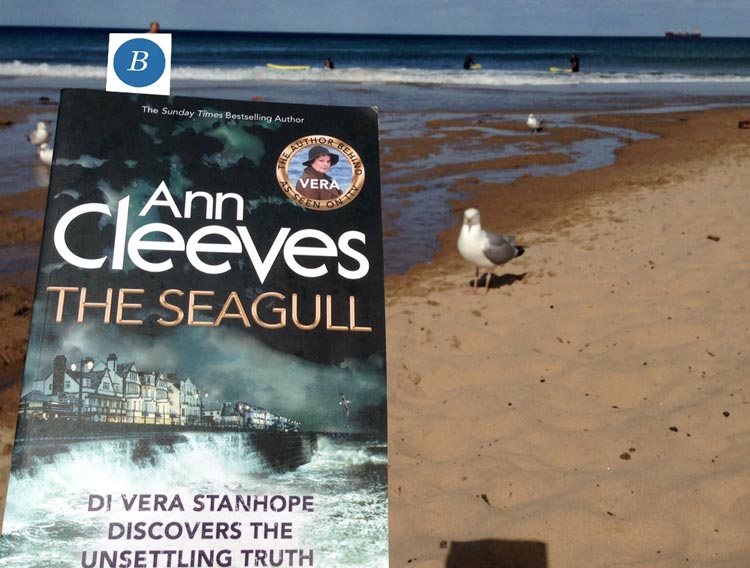 The angry Seagull (c) The BookTrail

So, what’s it all about?

A visit to her local prison brings DI Vera Stanhope face to face with an old enemy: former detective superintendent, and now inmate, John Brace. Brace was convicted of corruption and involvement in the death of a gamekeeper – and Vera played a part in his downfall. This cold case takes Vera back to her own past, as Brace and Marshall were close friends of Hector, her father. 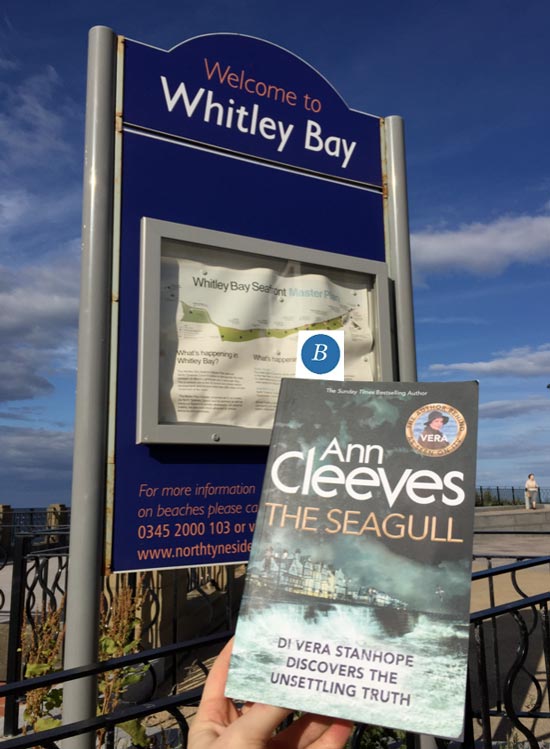 Ann wrote this story and set it firmly in Whitely Bay ” because that’s where I live and I’m proud to be here,” says Ann. She’s from Herefordshire originally and moved here in the 1980s and her memories from that time, such as the famous Idols nightclub where the local kids would go down to the front and get drunk as their rite of passage.The pub and club goes back to those days as does the infamous Seagull pub in the novel. 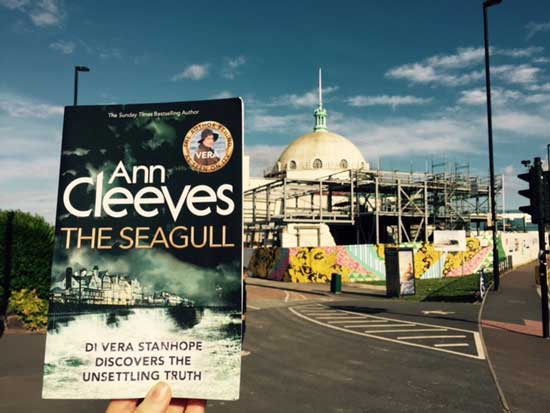 The Spanish City (c) The BookTrail

Whitley Bay is a faded seaside town with lots of history and heritage so it was the ideal place to set  a story of secrets and decades long battles between locals. St Mary’s Lighthouse is where bones are discovered buried in the rocks. A place where you feel all alone, isolated and where the sea cuts you off from the mainland….. 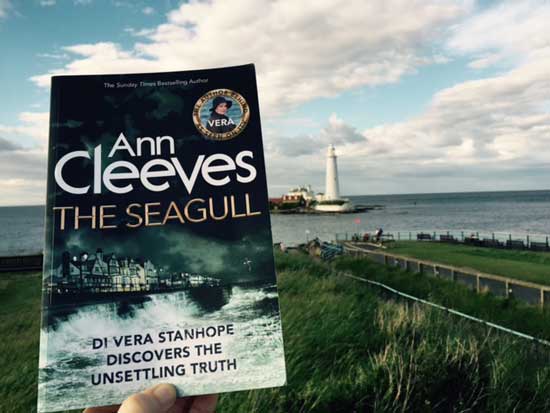 Ann was very keen to point out the level of regeneration going in to the town at the moment though. There has been some work done on the seafront with the new hotels and decking area where you can sit and relax with one of the famous ice creams or fish and chips. There’s a lot of love and community in the town and “I’m really proud to say I live there, ” she said.

This is her most personal novel yet – both for Vera and Ann – as it conjures up lots of memories for Ann such as the club life there, the bars, and the heyday of the Spanish city which was a white domed fairground and amusement arcade where everybody went. Everybody knew of the Spanish city and the rides, the man who sold prawns and cockles and the shriek of those daring to go on the rollercoaster! 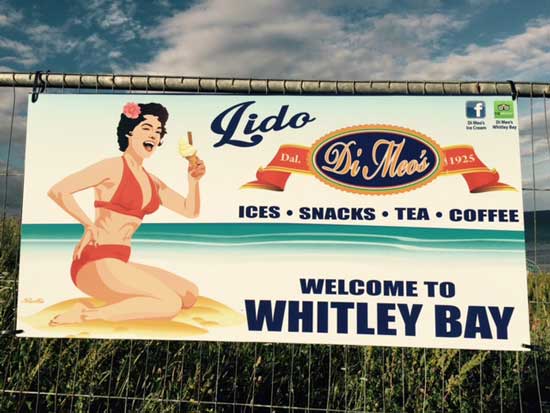 “It all started in my local The Rockcliffe Arms”, Ann says, “when I was having a drink (Yes I do get a lot of free drinks) and the idea came to put Whitley Bay’s story in this novel as much as Vera’s. Ann used to work in prisons and spoke to many people, disabled and elderly who had been in there for years, and this got her thinking about what stories those languishing in prison might have to tell. Or the revenge they might want to reek…

I hope this novel is a homage to the region and to Whitley Bay,” says Ann. Yes it might be a faded seaside town, but it has a lot of heart and a great sense of community and friendly spirit.”

Faded on the outside, soft and squishy on the inside? A bit like Vera in a way? 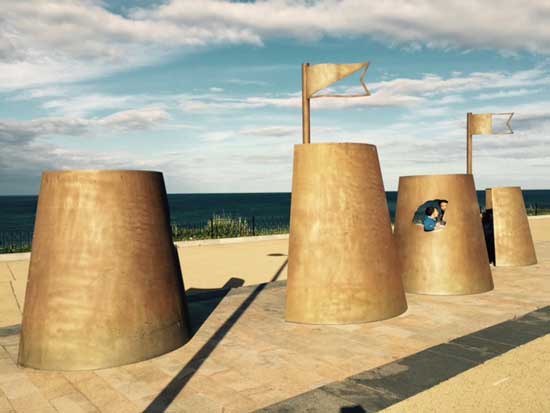 The new decking on the fsea ront (c) The BookTrail 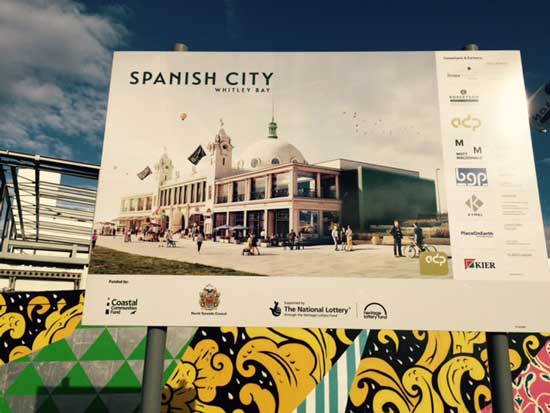 This novel really captures the setting at a crucial time for it’s about those working and mixed up in the regeneration project of the town and it’s going through this in real life (although not the same way as in the book hopefully!)

The front now has decking, a nice hotel, places to sit and look out to sea and the famous white dome of the Spanish city is undergoing somewhat of a facelift. There are plans to have an art gallery there, a place for everyone to enjoy again…and the amusements are just across the road if you want to remember the past after all… 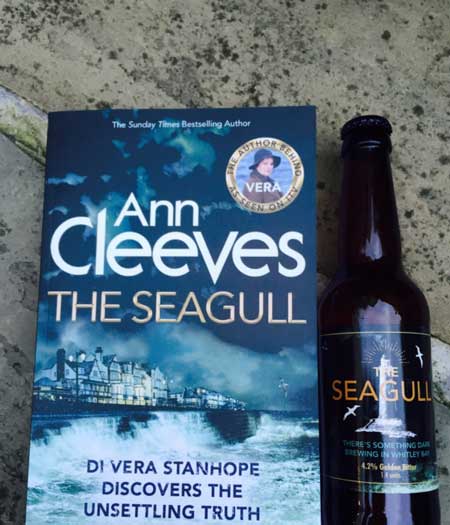 At the Harrogate Crime fiction festival, I was lucky enough to be invited to the event where the beer was launched by non other than Vera herself. Well, Brenda but as readers will appreciate, you do want to call her Vera….

There have been some 2,400 bottles of this special beer produced and they will be going with Ann on most if not all  of her book tours – The Whitley Bay Brewing Company has produced a special ale with Vera in mind and it’s now set to be one of the best travelled beers in the land. The label on the beer is similar to the book cover with the tag line “There’s something dark brewing in Whitley Bay” Haha I do love a good book related pun. Vera would definitely approve of the beer  as did Brenda Blethyn – but “Vera would probably appreciate a library being named in her honour” says Ann. “It’s Kenny who would like  a beer named after him!” 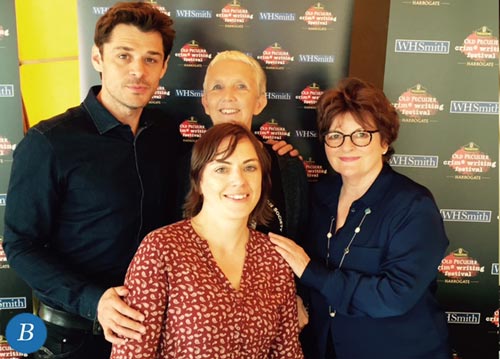 My proudest moment – I hugged Vera! – (c) The BookTrail

And that, dear readers has hopefully give you a taste of things to come with The Seagull – Out next week –