Java – ISABEL WOLFF – A literary journey into the past

Today we have Isabel Wolff coming over!  We’ve prepared a little festive feast so it’s all very exciting and atmospheric. What a lovely chance to sit with Isabel, talk about her latest book Ghostwritten and delve into a photo album that Isabel has brought with her. She is so passionate about this book , its story and what it means, and how she was inspired. 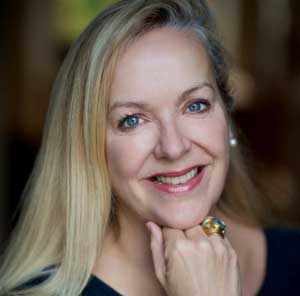 Your story is one of heartbreaking memories. How was it to write about such strong yet vulnerable women?

Both Jenni and Klara are strong because what they each went through as children – Jenni in Cornwall, and Klara on Java – has forged them in the fire.  At the same time, yes, they are very vulnerable because they continue to carry around with them a great deal of pain, and this is what the book is really about – how we deal, or don’t deal, with our most difficult memories.  Klara, being so much older than Jenni, has largely come to terms with her past, although the process of writing her memoir opens up for her the torment she still feels at what happened to her little brother, Peter, during the War.  Jenni has never come to terms with her own childhood trauma, and this has had a huge effect on her, making her someone who seeks the shadows, rather than engaging with life.  I was fascinated by the idea that both women had survived so much, and had found the strength to go on living, yet were still profoundly affected by events that had happened so long ago.

Your sense of place is astounding. What kind of research did you do and how did you react to what you found?

I did a huge amount of research – interviewing two survivors of the Japanese camps – now elderly women – who were interned on Java as children.  Both are in their early 80s, but when they talked about their experiences, it was as though it were yesterday. Listening to their memories, and reading the memoirs of other survivors was very difficult, since they all spoke of being starved, brutalised and terrified.  I also went to Java to get a flavour of this beautiful island so that I could more easily imagine the near Paradise that the Europeans had been lucky enough to enjoy before the Japanese army turned it into a living hell. The most moving experience was going to the Dutch war cemetery in Bandung and seeing the thousands and thousands of white crosses of the civilian casualties of the war.  Seeing the graves of all these women and children, and knowing what they suffered, brought tears to my eyes and made me grateful for the life that I have. 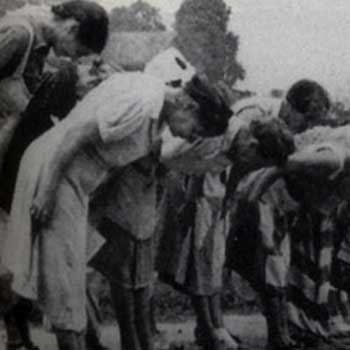 You’ve said that the book A town Like Alice inspired some of your writing. Why did you want to tell the story of the internment camps on Java?

I wanted to tell the story of the civilian internment camps because it’s been neglected compared to the story of what happened to the Prisoners of War.  Indeed, when we think of the War in the East, we think automatically of the poor POW’s who slaved on the Thai Burma Railway and other monstrous projects, as dramatized in films like The Bridge on the River Kwai.  Yet few people know that the same number of civilians – 130,000 – most of them women and children, were also captured by the Japanese, and also suffered extreme privation, cruelty and fear.  These were the wives and children of planters, teachers, engineers and civil servants who had been living in the region. With no time to evacuate them, they were rounded up and herded into atrocious camps where for three and half years, they struggled to survive.  I wanted to write a novel that would focus on their courage and their ordeal.

Talk to us about your fascination with Java during ww2

I could have set the novel almost anywhere in the region but chose Java because that was where the internment camps were the most numerous: they were also, by and large the worst.  Java had been the centre of what was then the Dutch East Indies, and so most of the prisoners were Dutch.  As a writer, I realised that what happened on Java would make for a stronger story, because the fight for survival there was even harder than in other parts of the region, and indeed thirteen thousand of them died from starvation, neglect and disease. 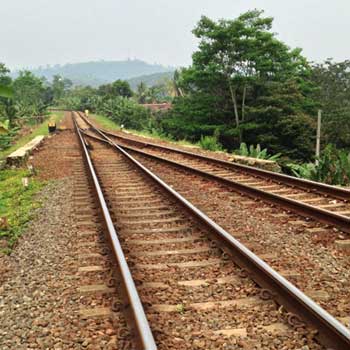 You’ve really placed both yourself and the reader in the characters heads and amongst some of the most exotic yet horrifying settings. It’s very raw and emotional prose – how did you conjure so much from your research?

If the readers feel that they’re in the heads of my main characters it’s probably because Ghostwritten is written in the first person.  I did this partly because I love the directness and emotion of the first person voice but also because the novel is about the writing of a memoir, and so Klara’s story has to be first person too.  I put her reminiscences into their own chapters and, in a way, the novel, ‘Ghostwritten’, becomes Klara’s finished book.  Much of what happens in the novel is horrifying, yet Ghostwritten is, I hope, redemptive, because it’s a story of survival.  It’s about women being pushed to the limit of human endurance – standing for hours in the sun to be counted, being worked half to death, being slapped or beaten for failing to bow to the guards, trying to keep their children alive on one cup of rice, per person, per day.

The setting of Cornwall – why did you choose this one and did you intend such a peaceful place to further highlight the horror of Java?

I chose to set the present day story in Cornwall because there’s something Paradisal about Cornwall too – it’s the perfect place for a happy family holiday.  But for Jenni, that holiday turned to tragedy.  The novel moves back and forth between Cornwall and Java, and I felt that the beauty of Cornwall would provide a bit of relief from the horrors of the camps.  For Jenni, it’s a struggle to go back there – she vowed she’d never return; but in doing so she at last has the chance to lay to rest the ghosts of her past.

Thank you so much Isabel for popping over and discussing your book. A truly remarkable read and it was such a pleasure to meet you!