It’s not every day that you get invited onto a ship with an author. Not that it’s going anyway mind – Stephen and I are now sitting onboard the James Craig, an old sailing vessel that has been restored. This one is a restored 1870’s barque, which resides at Darling Harbour in Sydney. Stephen tells me he’s spent many a while stowing away while other tourists parade past. “Time pauses as I lean against the mast, imagining the ship around me creaking loudly in heavy seas.” he says. So here we are. Stowaways whilst we chat about the novel 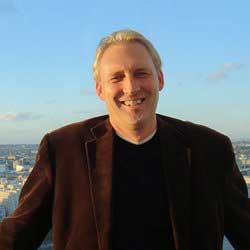 You set your novel on board a ship heading to Australia. What kind of research did you do for this novel?

Living in Australia you hear many stories about the voyage down-under. I myself undertook the journey from England to New Zealand when I was eleven years old. Admittedly it was aboard an ocean liner, not a multi masted sailing ship, but I recall running into severe weather requiring all portholes to be covered and any activities put on hold. Seeing waves pound over the decks of such a large vessel left quite an impression.

Do you enjoy sailing yourself?

I love sailing – if the weather is not too rough. When I lived in Auckland, New Zealand, my wife and I owned a forty foot yacht. I must say more time was spent on maintenance than on actual sailing, but we loved it. I recall one trip where the weather packed up on us. My son was nine at the time and became quite upset. While a friend and I handled the deck work, my wife took our son below and into the forward cabin. She told him to imagine they were in a washing machine and to enjoy the ride. It worked a treat.

Is the story based on real facts and if so what?

When I set about writing my plan was for a purely fictional story. Even so, I spent many hours researching the period to ensure that obvious historical errors would not spoil the experience. As I uncovered story after story from Australian history I couldn’t help but include some of them.

The Elderslie was a real ship that plied the route between England and New Zealand via Australia. She carried passengers such as Abigail and Bertrand as well as refrigerated cargo. The ship suffered damage as the result of a storm just out from Fremantle in 1888. On her subsequent voyage in 1889 she caught fire after leaving Fremantle heading for Albany but was able to be repaired following a short layup. 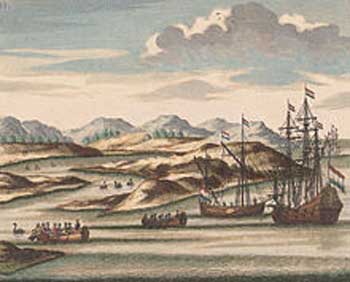 The Swan colony is portrayed with as much accuracy as possible. Fremantle, at the time, was the main port for Perth, however the river mouth hadn’t been dredged, necessitating ships be berthed at an extremely long wooden jetty which was completely open to the, often wild, wind.

The rail line from Perth to Albany ran only as far as Beverly until early 1889. Then, the extension was opened and the line finally ran all the way south. The stopover in Beverly, as described in the book, was necessary as railway officials deemed it too dangerous to run a train at night.

Bertrand is an interesting character – there’s not many characters with learning difficulties in novels. What did you want to show by how he was treated in the novel.

Bertrand is a way of demonstrating the power of absolute love and devotion. His vulnerability is the driving force behind Abigail’s dedication. She is forced by circumstances beyond her control – namely his difficult condition – to become her brother’s protector. This requirement of conceding to Bertrand’s needs over her own, in a way, prepares her for the journey she is to face; encountering increasingly difficult situations that are beyond her control.

I felt that the relationship between Abigail and Bertrand needed to be one that was not easy to set aside. A normal sibling relationship would not hold such a necessary bond. Neither would any parental or partner based relationship. Bertrand’s reliance drove Abigail’s commitment.

And of course, I was looking for something a little bit different. 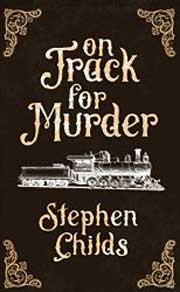 Did you find other women like Abigail during your research  and is she based on many women of her time?

There’s a legendary young girl from Western Australia, Grace Bussell, who undertook a daring rescue when the SS Georgette sank in 1876. With the ship foundering near the shore in rough seas, Grace rode her horse down a steep embankment and out into the surf to recover survivors. She subsequently received a medal for her efforts. I took aspects of Abigail’s tenacity at a young age from the tale of Grace Bussell.

Interestingly, it was an account from Europe that really caught my attention. Bertha Benz was the wife of Karl Benz, the inventor of the Patent Motorwagen. This was, arguably, the first practical automobile. Bertha became frustrated by her husband’s lack of interest in actually using his invention so, without her husband’s knowledge, she took two of her children and set off in the Motorwagen on a journey of some sixty-five miles to visit family. She succeeded, managing to effect necessary repairs along the route and finally arriving at her destination, hailed as a heroine.

Your novel is heavily based on journeys. First the ship and then that epic train journey across Western Australia, with Abigail  facing more challenges than she’s had in her entire life so far. What was the research behind this?

I love travelling, a handy trait to possess when living in Australia as the land here is vast. Perth is known as the most remote capital city on earth. It’s a four hour flight in a commercial jet from here to Melbourne. Longer to Sydney. And for most of the flight there is nothing below you but scrub and sand.

When I first arrived here from New Zealand I was completely captivated by the size. I found it hard to imagine how settlers ever tamed this land. I was captivated by stories of workers forging into the interior in search of arable pastures; of pushing the telegraph lines through to remote areas. And, of course, laying railway tracks across miles of inhospitable land. I still marvel at how pre-flight colonists managed to travel across such harsh terrain. Even now remote areas rely on the Royal Flying Doctor’s Service for their medical needs. Such areas measure the overland car journey to a nearby city in days rather than hours. 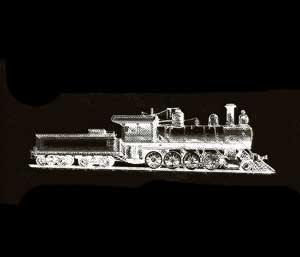 Have you ever been on a train journey such as this?

Unfortunately the railway line from Perth to Albany, as described in the book, no longer exists. Passengers either fly or travel by bus. I’m fortunate to have a son who loves steam trains. At every opportunity he drags me off to the local train museum. I don’t complain.

While we were in New Zealand he secured himself a ride in the cab of a steam engine. Of course, I had to go along – as his father. We’ve had three trips in steam engine cabs so far. I’m looking forward to more.

On the Sunshine Coast, north of Brisbane, is a town called Gympie. There we took a ride on a train called the Valley Rattler. The half-day trip is experienced seated in nineteenth century carriages pulled behind an equally old steam engine. Not the most comfortable trip – it’s aptly named – but a thrilling experience.

What details of the late nineteenth century captivated you?

Much is written of the early settlers from around the turn of the eighteenth to the nineteenth centuries. I was intrigued by the slightly later issues of building a society once the foundations were set in place. Coming from England in the late eighteen-hundreds women, in particular, would have been accustomed to a fair degree of sophistication. The sight of local aborigines would have seen some of them quaking with fear. But there were other issues closer to their own culture. Australia, at the time, was essentially trying to integrate three different cultures. Primarily the immigrants and the aborigines. But also the middle class Victorian English were being transplanted into an environment where ex-convicts and their families made up a decent chunk of the population. These latter men and women had received their freedom and set themselves up in all manner of trades and professions. But their lifestyle was quite different to that of the immigrants arriving regularly from England.

I love the idea of people from such diverse backgrounds sharing equal status in the building of a new society. There may even be a kangaroo or two to see, searching for food by the river banks in the late afternoon sun.

And with that, my time on the ship is over. Stephen has another adventure up ahead so he’s off. Nothing to do with the fact that the security guard in the museum discovered us and made us walk the plank. No Sir. You can ‘Catch’ Stephen on his website or twitter. Buying the book will also let him be your travel guide!