Travel across China and the world with Fiona Erskine

Travel the chemical trail with Fiona Erskine – My job as a professional engineer has taken me all over the world. When I‘m far from home,  I write a diary to record and make sense of my surroundings. I refer back to those diary entries when writing fiction.

I always know where I’m going – with my first book, The Chemical Detective, it was to Chernobyl in Ukraine, in the second The Chemical Reaction, it is to Banqiao in Henan province, China – but never exactly how I am going to get there, the cast of characters or the waypoints. 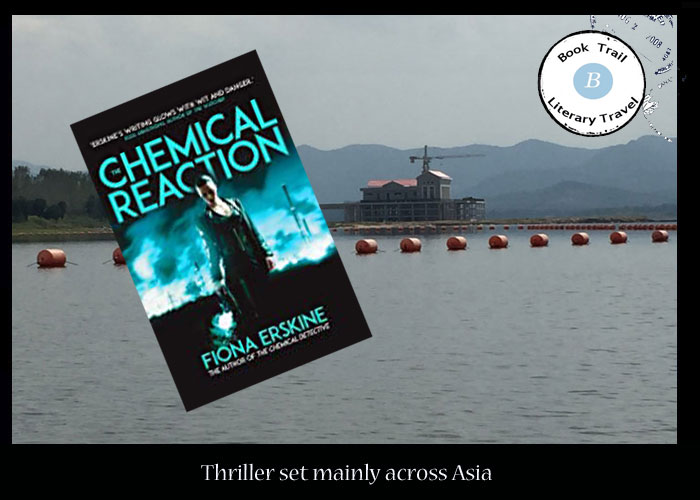 Setting is incredibly important to me. I start writing about a place and before I know it, new characters pop up and all sorts of unexpected things start happening. In my first draft, I just let rip. It’s only in later edits that I try to impose a modicum of discipline to channel the chaos. 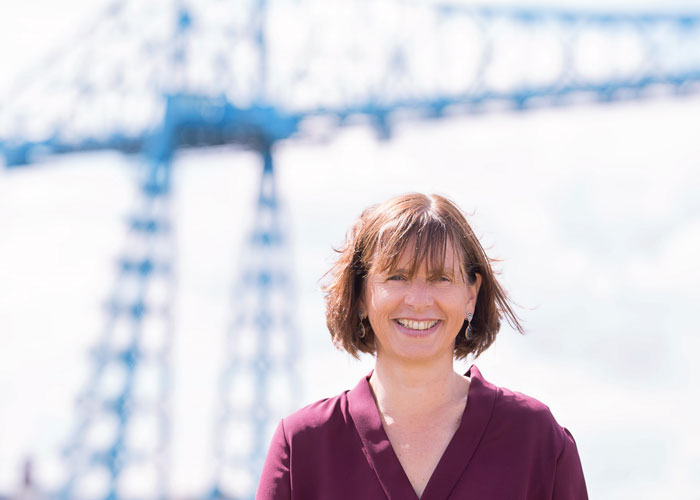 An area of North East England bordering the River Tees as it meets the North Sea – Middlesbrough, Stockton, Billingham, Redcar and Thornaby

I moved to Teesside in 2001 and it is a fantastic place to live, with easy access to beautiful beaches, open moorland, rivers, lakes and mountains. Once a centre of heavy industry, it is still a cradle for engineering excellence. I have moved job 5 times without having to move house. 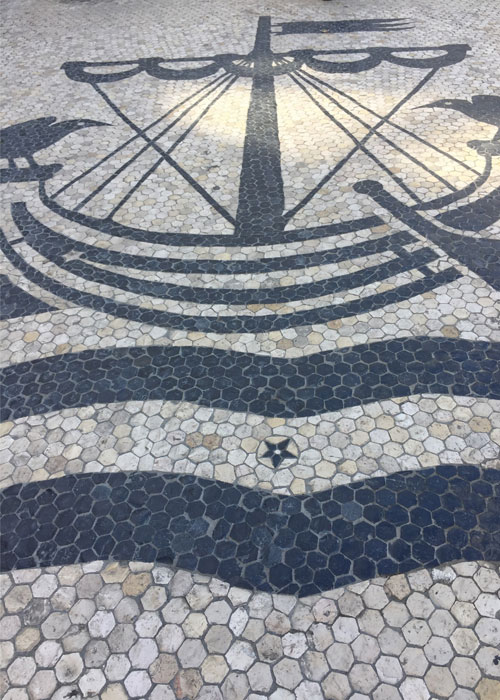 I lived and worked in Lisbon, Portugal for almost a decade and learned to speak Portuguese. I still miss the markets and the beaches, the bright days and warm nights with sociable people and simple fresh food. As a result, I suffer acute saudades, that melancholic longing for a place far away, where you were once so happy. 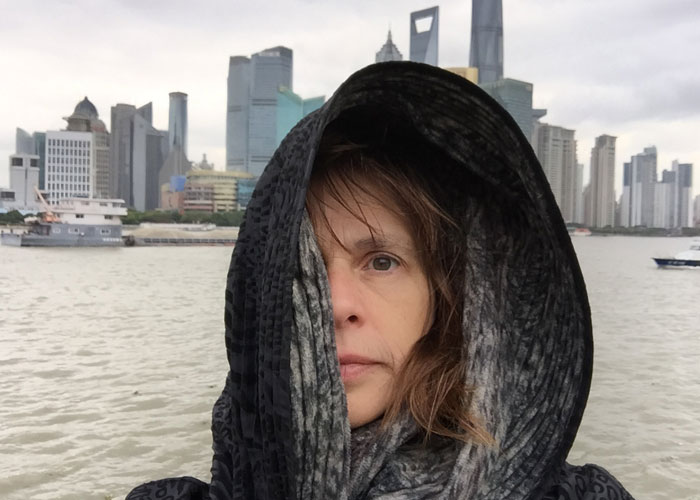 The first time I visited Shanghai, my whole world view changed. I had been involved with international projects before, but I was unprepared for the speed or ambition of China. The juxtaposition of old and new is breath-taking. You can walk from the 1559 Ming dynasty Yu Garden of Happiness, past the 19th century banks and insurance buildings that line the Bund, the walkway beside the Huangpu  river. From the Puxi side you can look up to the incredible skyscrapers on the Pudong side, rising over 600m into the heavens. At night they are decorated with the most fantastic, ever changing, light shows. 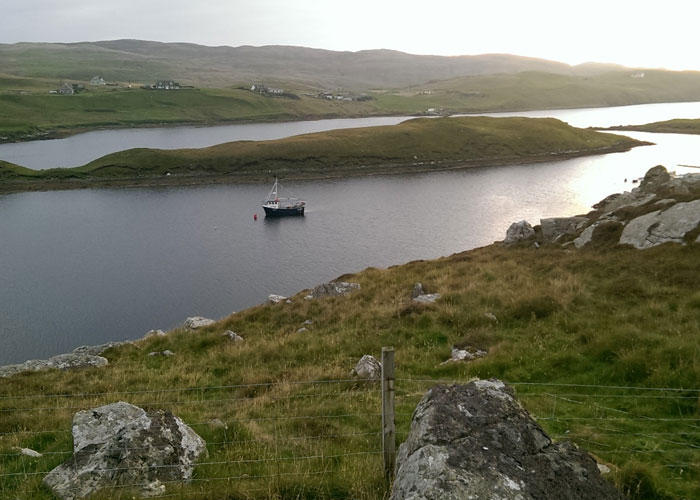 I had the great good fortune to work on Shetland, at the Sullom Voe Oil and Gas Terminal on the largest island in the archipelago. It is both breathtakingly beautiful and breathtakingly windy. 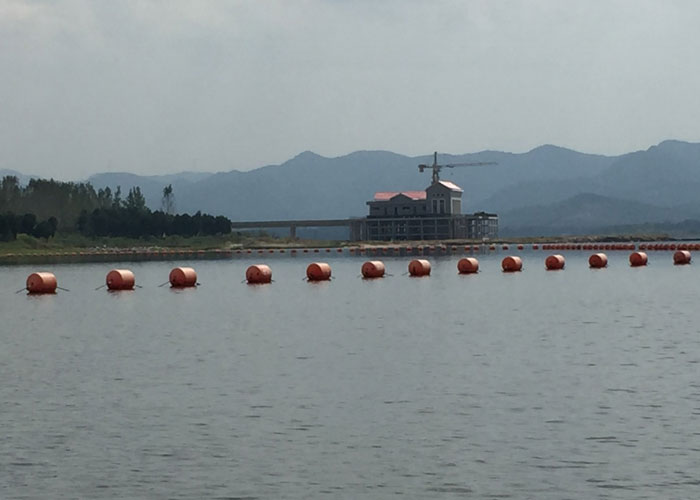 I have a special interest in industrial accidents because unless we understand exactly how and why they happened, we risk allowing history to repeat itself. Each of the books in the Jaq Silver series has a man-made disaster at its core.

I visited the Banqiao Reservoir and Hydroelectric dam one late summer day with two Chinese work colleagues. The corn harvest was drying in the sun as we took a boat out onto the calm water. In such a sleepy and beautiful place, it was hard to comprehend just how dangerous water can be. In 1975 after a freak rainstorm, the original built dam burst and as many as a million people died. 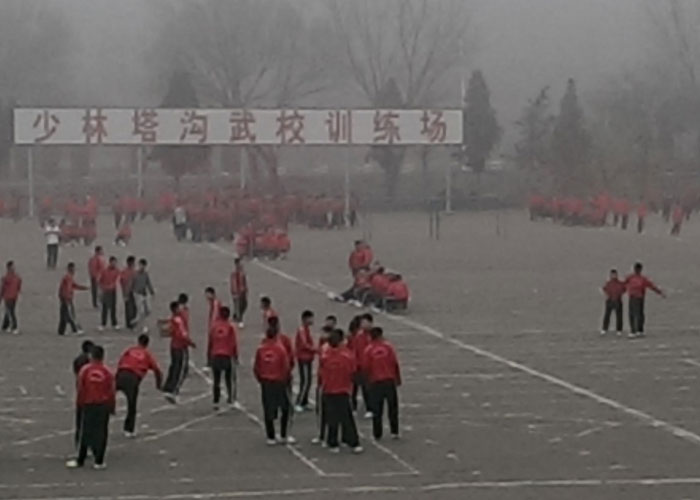 Home of Kung Fu, although a fascinating site, the Shaolin temple was my first experience of mass tourism in China. Bus tours arrive and discharge their hawking, spitting, shouting occupants who jostle and bustle with a completely different calibration of personal space. There are an awful lot of people in China, almost one and a half billion of them. Fortunately, the groups I encountered were  sociable and disinclined to walk too far, so it was relatively easy to escape into the  forest of pagodas and the mountain beyond. 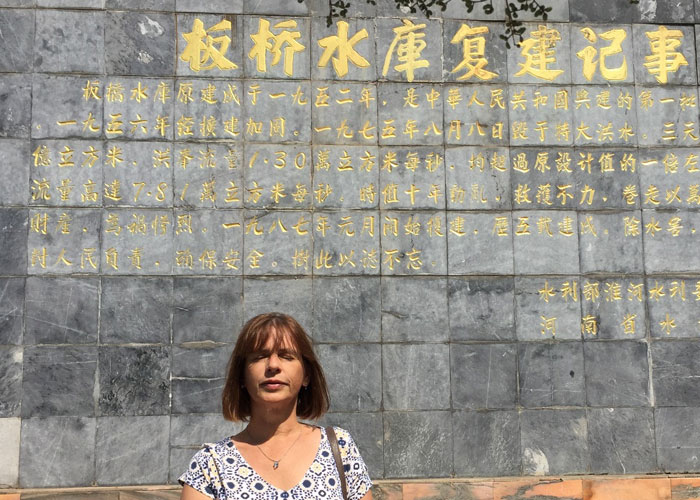 While the COVID-19 pandemic disrupted the launch plans for The Chemical Reaction, I can only count my blessings. I returned from China not long before the first reported case, but my family and I are safe and well and I continue to work on the day job remotely. This is my second book, and I had all the fun of being  debut author at festivals, book groups and bookshop events. It’s been fun to think of other ways to get people’s interest (like my prize crossword). It’s tougher on first time authors and we should all make an effort to buy their books and support them. My heart goes out to all those people affected. I wonder if the world of work and travel will ever be the same again.

Thank you so much Fiona for one EPIC booktrail!