England, France – ADELE PARKS – If You Go Away

Today we’re calling Adele Day as it’s June 4th 2015 and the day when If You Go Away is released into the world. We’ve come to a vintage tea shop to recreate the vintage feel of the novel and the cake and tea we could imagine Vivian eating and drinking. Adele’s ordered some fruit cake and cheese to go with it (assures us it’s nice but as long as there’s cake we’ll go with it) 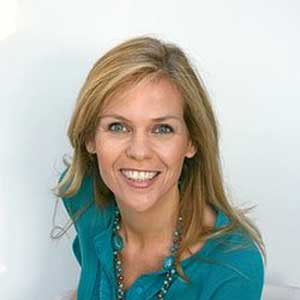 Hi Adele! So happy to be here. (a waiter comes over and sets the table with the fancy cake stand. China cups clink and clatter on the tray. Silver tongs poke out of the sugar bowl. Think we’re all set Adele. Ready for your first question?

How would you describe your novel in one sentence?

The story of a man who loves one woman more than he hates war.

If You Go Away is set just before and during The Great War, how did you research the period?

I spent three to four years reading and researching the period 1914-1925 when I was writing Spare Brides. After I wrote and published that novel I knew I still had a lot more I wanted to investigate and write about. I wasn’t ready to relinquish my time travel! My starting point is reading books, journals, letters, magazines, newspapers and reports written at that time, then I read academic books, biographies etc. that have been written since. It was also important to me to do some in the field research. Nothing beats going to a place, if you want to write about it.

Howard’s story as a playwright who travels with a journalist  and who sees such horrors of war must have been hard to write. How did you find writing this part of the novel? Was it important to really get across the horrors of war?

It was a very difficult part of the novel to write on two levels. First of all I wanted to correctly record the geography of the war which was sprawling and confusing and secondly, possibly most importantly, I wanted to capture the mental impact of the war. Of course I have no experience of being in a battle so I had to depend on research. I listened to countless accounts of soldiers who fought in the Great War (these are recorded by The Imperial War Museum and were a wonderful source of inspiration). I also read a brilliant, although sadly now out of print book, called Now It Can Be Told by Philip Gibbs; Gibbs was a journalist during WW1; he was subject to censor rules throughout the war but produced a very frank account of suffering afterwards. I also researched contemporary accounts of current wars because, sadly, those are still relevant. It was incredibly important to me that I put across the horrors of war accurately. I’m not a pacifist but I am pro-peace.

The farmhouse is idyllic in many ways. Is it based on anywhere in particular?

The farmhouse and the surrounding garden and farm lands are idyllic, again they are an amalgamation of a number of places I’ve visited and known.

Howard’s actions as a conscientious objector must have been difficult for people to accept at the time. Why did you want to make this such a feature of the novel and show the various opinions of society?

Conscientious Objectors were vilified, abused and despised. It is an extremely difficult concept to have sympathy for, especially then, when so many families were sacrificing their sons, brothers, husbands, lovers. The COs were seen as cowards, slackers. That said, I wanted to explore how a different opinion might be valid but simply ahead of its time. 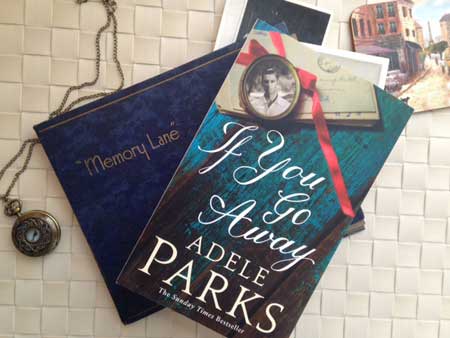 Spare Brides was your first foray away from contemporary fiction. Do you think the Great War is a new time and setting for future novels too?

I had a contract to write two historical novels and If You Go Away, is the second of those two. That means unfortunately there are no immediate plans to write another historical novel but I adored the process and the period so I’m certain I will return to historical fiction within a couple of years.

There is a quote when Howard and Vivian are at the farmhouse and start to have feelings for one another despite Vivian being married. “They had stepped outside society. People in love did.” What did this mean for people at that time?

Pre-1914 Britain was a very structured, restricted society. People ‘knew their place’ and were expected to stay in it. However, it is a belief of mine that people who are freshly in love are temporarily released from conforming; they simply don’t care because the love is all important, all absorbing. Rejecting the standards of the day (even temporarily) was quite scandalous and could lead to being ostracised. Both Vivian and Howard both do this on a number of occasions; they are brave and fiercely independent.

With that, the waiter clears the table. There is no more cake or cheese to be had and the tea has all been drunk. What a lovely time we’ve had though and what a wonderful author Adele Parks is. We’re still in the world she has created here and we really don’t want to leave.