Oh Italy! If you wish to be transported to the fine Italian sunshine then who better to take you than Fanny Blake. The book An Italian Summer is out today and it’s a beautiful tale of friendships, secrets and more.

Fanny Blake has poured us a glass of limoncello so let’s sit and bask in An Italian Summer.Ice cream too anyone? 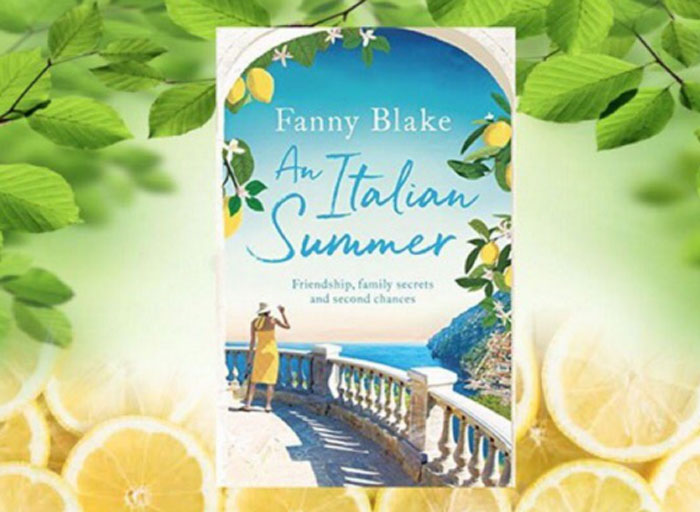 You’ve obviously researched the locations well – it reads like a guide to the city – interwoven in your lovely story! How did you research the locations?

I had been to Rome and Naples before but my memories of them weren’t fresh enough. So I pretended to my husband that we were going on holiday and dragged him round all the places I wanted my group of travelers to visit. Some of the places I knew I wanted to include before we arrived, some were from Eat Pray Love and some I came across while there, such as the Italian cookery class, and then fed them into the story.

Did you visit them all?

Yes, I visited every single one. It was a jam-packed couple of weeks!

I have to ask – did you visit that ice cream shop in Rome?

Of course! How could I resist?  I visited both the ice-cream shops that they go to in Rome and, more importantly, ate the ice-creams. 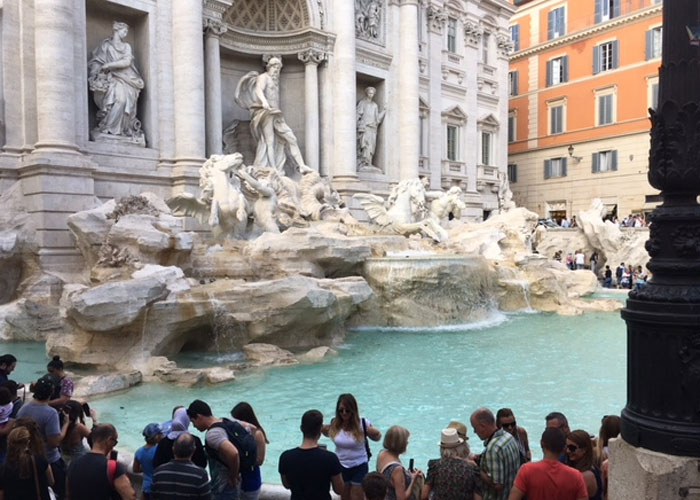 Where is your favourite reading spot in Rome?

I didn’t do much reading while I was there. Too busy racing around, making notes and enjoying the cities. But if I were to read, I think I’d take myself off to the Botanical Gardens in Trastevere. You do have to pay to get in, but it’s beautiful there and very peaceful with views of Rome from the top of the hill . Otherwise I’d see if I could find a quiet spot in the Borghese Gardens. The Vatican Gardens are only open to the public in June July and August, so I was unable to see them but I believe they’re a wonderful retreat from the city too.

What gave you the idea to use the women in a touring group for the story?

In the first place I wanted to write about a woman finding herself while she took time out to travel abroad. The idea of the group came when I realized Sandy was the sort of woman who probably wouldn’t travel on her own, given her situation. I’ve travelled abroad in small groups myself so thought that was a way to bring in other characters and would be fun to explore. 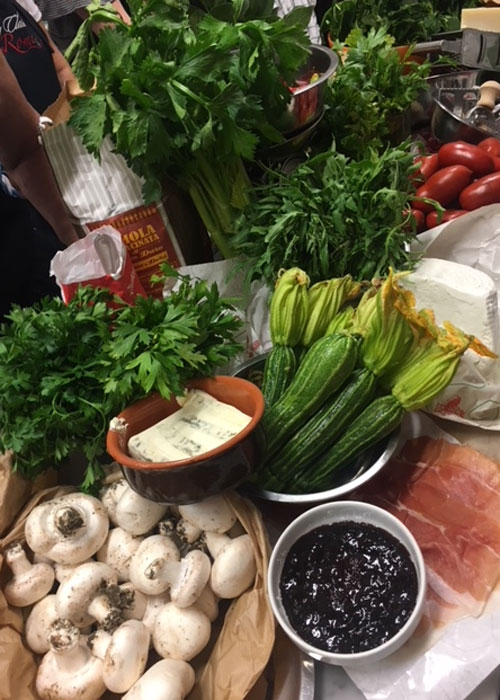 The group dynamics are interesting. Is this what most fascinates you about people?

The way people interact with each other is riveting. Nothing is ever as straight forward as it first seems and of course everyone brings their own baggage to a situation which makes them react and behave in different ways to each other. 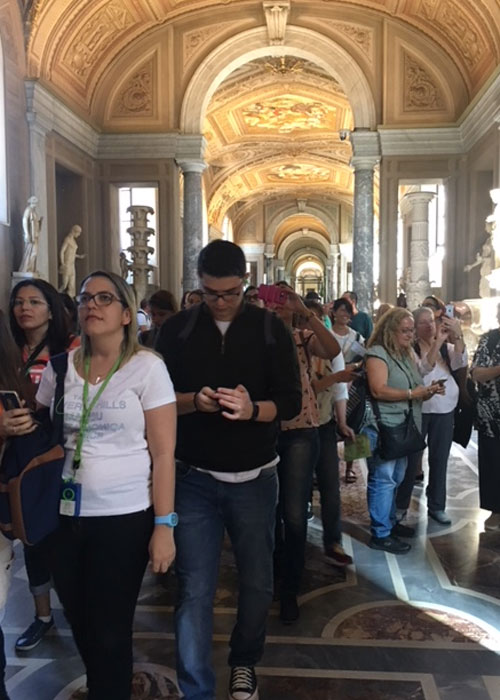 Have you been on a group tour and what was it like?

I was briefly a travel journalist so have been on various press trips in small groups and was fascinated by the group dynamics. But I’ve also twice travelled privately in small groups. Once was with my mother, shortly after my father died when we went on a fantastic walking holiday in southern Spain. As far as I remember, our fellow travelers were lovely and, if they weren’t, it didn’t matter because we had each other. The other was on my own, after I’d been made redundant, when we travelled for almost a month to Thailand, Laos and Vietnam with people I met up with in Bangkok. That was a bit more testing! 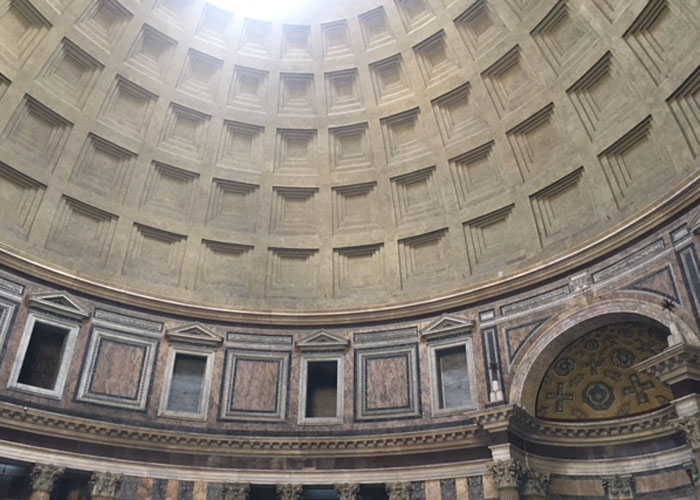 I like the way you weaved in the story of Elizabeth Gilbert into the plot. Can you tell us more about this?

When I was discussing the book with my editor when it was all just a germ of an idea, she had the idea of making a joke of a woman who was a fan of Elizabeth Gilbert but didn’t quite get what Elizabeth Gilbert was about. I liked the idea and made Lia that woman. In Rome, they go to the ice-cream shop Elizabeth Gilbert loved (except it’s deliberately the wrong branch), the Pantheon, the Colosseum, the Borghese gardens, Tiber Island and Trastevere. One of the places I didn’t include was the National Museum of Pasta (the only museum EG visits) because it was closed for restoration. I was gutted. But I couldn’t include everywhere she went, just enough to fit with my story and make the points I wanted. In Naples, the most important place they visit is the now famous, though quite hard to find, Pizzeria da Michele. 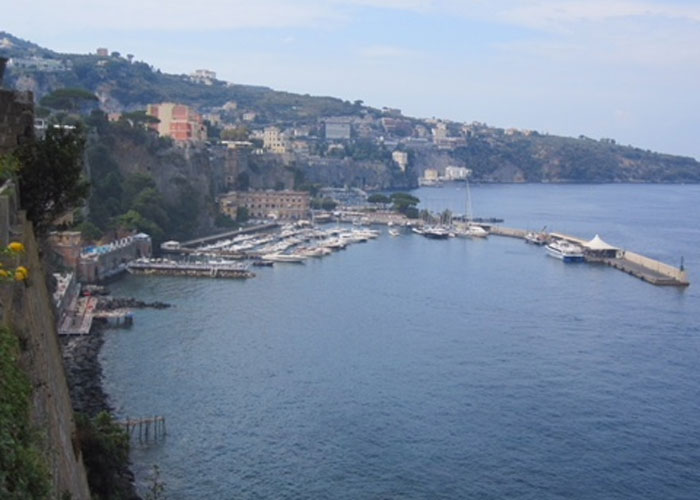 Naples is a fascinating city. Where can you recommend we visit there?

Almost all the places I visited and loved are in the novel. The old town is a must of course with the Duomo, various churches including the extraordinary marble sculptures in the Cappella Sansevero , cafés, shops and Christmas Street where the shops sell every decoration you could need for Christmas all year round. The National Museum of Architecture contains the finest of art from Pompeii and the Farnese sculptures. There’s wonderful art to be seen in the Palazzo Reale di CapodiMonte. The very creepy Cimitero delle Fontanelle, a vast ossuary once devoted to the cult of the dead, is a must. That’s just scratching the surface of what there is to see in the city, and then of course you’ve got Pompeii, Herculaneum, Sorrento and the Amalfi Coast, plus the islands of Ischia and Capri. All a boat or a train ride away. Oh, and the artwork in the stations of Line 1 and 6 of the Metro! I could go on and on … Just wandering around, you’ll find your own places. 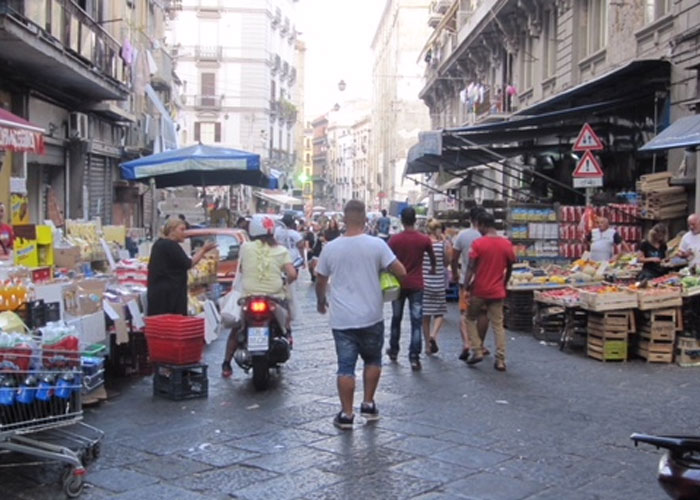 Sandy is a great character with hidden depths. How was she to write?

I’m glad you like her. To begin with I found her hard to get to grips with but then my own mother died and then I understood better what Sandy might be going through. Her relationship with her mother and her mother’s past is entirely fictional and that’s what drives the novel. I wanted her to be tested and to have a family mystery to solve before she could come to terms with her own life.

Can you share your thoughts on the process of writing the story and how you pieced it all together, how you placed yourself in the cities you wrote about, why this story was good to write etc.

I began by working out the characters of the three main women: Sandy, who learns about herself and finds new confidence; Alice who must make some decisions about her life and marriage; and Lia who acts as the catalyst for both women changing the directions of their lives. I wanted to set it in Italy. I remembered those old-fashioned gentleman’s shops that I’d seen in Rome and Naples and decided one of those would be another key in the puzzle that Sandy has to solve. The rest just fell into place as I wrote. I loved writing the novel because of being able to revisit all those extraordinary places but mostly because I enjoy writing about women of a certain age, the issues they face, the importance of friendship and not being afraid to try something new.

Thanks so much Fanny for this extra shot of sunshine! The book is out TODAY!!