Book set in Lithuania – The Truth Waits by Susan Beard

There’s a number of reasons why it’s good to read The Truth Waits, but the location of Lithuania is particularly enticing. This is not a country I know much about and I haven’t read many novels set there. The premise of The Truth Waits was enticing….a girl dead on a beach and a possible link to sex trafficking. This book deals with some tough issues, so I was really keen to find out more.

Book set in Lithuania – The Truth Waits by Susan Beard….. 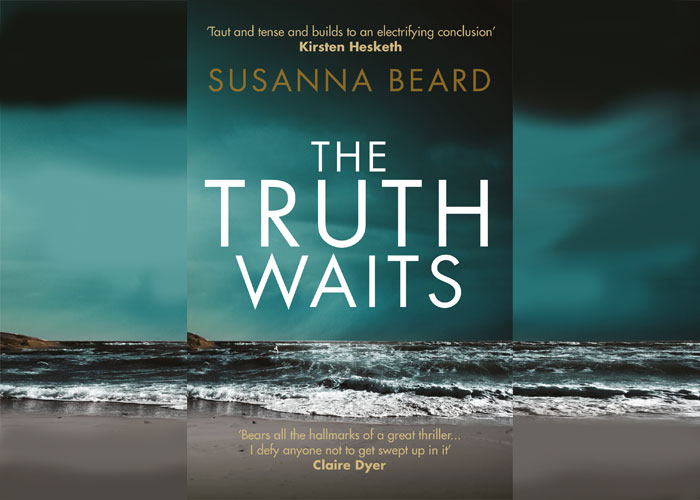 So, let’s talk location! Why did you choose Lithuania as your setting…

There were a number of reasons, really. I started out with Sicily, as that was where my sister was stranded by the ash fallout from the Icelandic volcano in 2010, which features early on in the book and brings the characters together.

But I soon realised it’s too sunny and touristy as a location. I wanted somewhere a bit dark and mysterious, but not Scandinavia. I knew from other work that Lithuania is strong in textile production, and I wanted my protagonist to be a strong, successful woman, running an online linen business. So, I looked Lithuania up online (I was very hazy about where it was!) and saw that it was on the Baltic Sea – and that there was a fabulous-looking spit at Klaipeda. The pictures online made it look perfect, since my protagonist was going to find a young girl’s body on a remote beach.

Not many people here know much about Lithuania, which made it more interesting as a setting, and it’s close to some other places like Russia and Belarus, which have a mysterious and rather threatening feel. 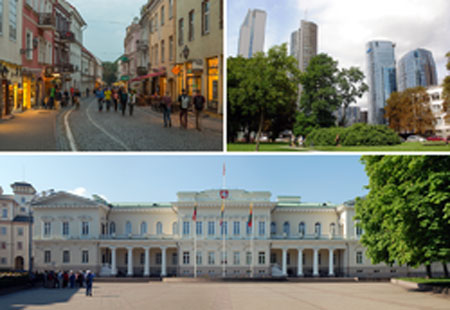 The Sights of Vilinus (c) Wikipedia

How did you research location ?

First of all, I met the Lithuanian attache at the embassy here in London, who very patiently answered all my many ignorant questions about Lithuania. He even recommended places to stay! Then I booked a trip, flying into the coastal region, then travelling by train across to the other side of the country to visit Vilnius.

I did! I walked for miles along that stunning beach, just taking it all in, and imagining my character walking there in bad weather. After a few days in Klaipeda I  then travelled to Vilnius. 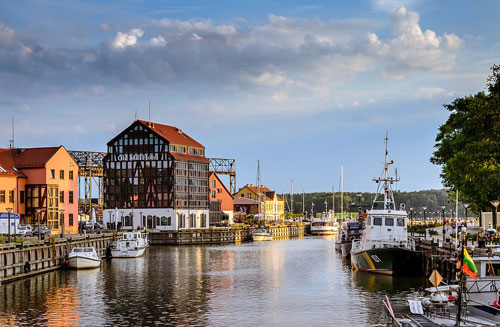 Can you tell us more about  Klaipėda?

It’s quite a small harbour town, with period houses and cobbled streets. It’s separated from the spit by a small stretch of water, so you have to take a ferry to go there. What was striking for us was how quiet it was: there’s very little traffic, which feels so relaxing after the UK. The restaurants mostly served traditional Lithuanian food: very meaty, with potatoes and veg. The people were all very charming – and surprised and delighted to find us there!

The Kuronian Spit sounds a particularly unique place. can you tell us about it?

As I describe in the book, it’s a stunning stretch of white beach, completely unspoilt, with no bars, cafes or rubbish. There are huge sand dunes at one end, and you walk through a pine forest, which stretches the full length of the spit, to get to the sea. The smell of the pine trees is wonderful, and the horizon stretches far into the distance on either side.

The Sights of Vilinus (c) Wikipedia

Anna gets into some dark areas during the investigation. How did you manage to look into these issues?

Most of that research I did online. I did however speak to some Eastern European people who told me about sex trafficking in their countries and the problems associated with it. From what I learned, I believe it’s a problem pretty much everywhere, and probably under-reported.

Did you find certain parts hard to write?

Not really – the hardest part was resolving the plot, getting the clues and the strands to come together. This was partly because I didn’t plan it properly – I just let it take its course. At one point I found I really didn’t know where it was going. It needed a lot of revising! I’ve learned that I need at least an outline, if not a detailed plan, before I start. Anything to avoid a lot of time rewriting.

What’s next? Another book set in Lithuania?

Unlikely! I enjoyed the research for The Truth Waits, and learned a lot about a country I wouldn’t normally have visited. Future books will probably follow a similar path. I’ve nearly finished my next book, so watch this space!

Watching excitedly Susanna! Thanks for showing us your Lithuania!