Travel to Mataram with Tony Reid

With Indonesia as the London Book Fair’s focus this year, there seems like no better time than to have an expert on the country and its history. A traveller and a literary traveller in one for Tony Reid knows Java well and has written a book of its history and its marvels.  There’s a lot to learn in this read and even more to explore… 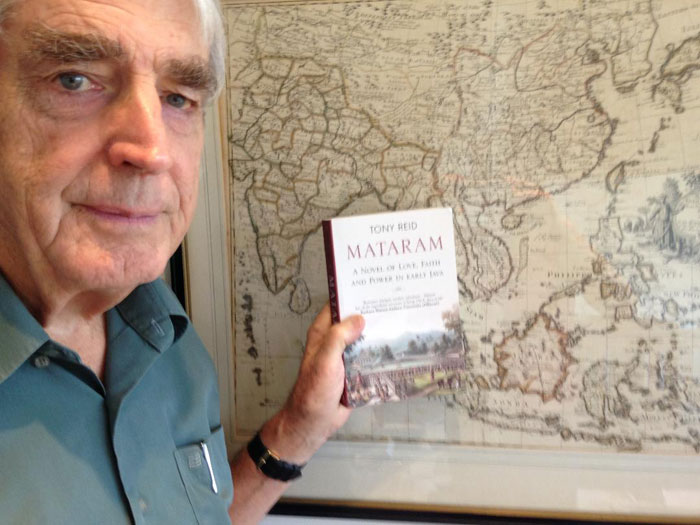 Java is the most fascinating place you’ve never seen.  Its most recent overlays of Islam, Indonesian nationhood and chaotic modernity never quite succeed in obscuring all the other layers of Indian gods, ancestor-cults, inner-directed mysticism, complex hierarchies of politeness and reverence for the dramatic forces of nature– where volcanic eruptions and earthquakes are everyday occurrences.

For anybody who doesn’t know Dutch, Java’s strangeness is further obscured by having had the wrong colonisers. Salman Rushdie, Amitav Ghosh, Vikram Seth and Satyajit Ray, not to mention Gandhi, Nehru and Mountbatten, have made South Asia seem familiar to English-readers.  Indonesians by contrast abandoned Dutch along with the rest of their colonial culture, without having yet reached the same level of comfort writing in any other world language.  The London Book Fair’s focus on Indonesia is a timely reminder of that. 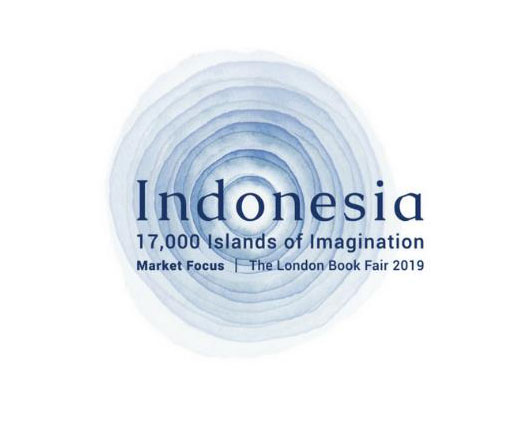 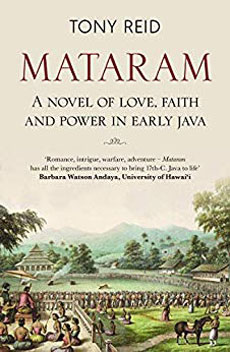 Java was not always so far from English consciousness.  In the 17th century the Archipelago we now know as Indonesia inspired popular stage plays by John Fletcher (The Island Princess, 1620) and John Dryden (Amboyna, or the Cruelties of the Dutch to the English Merchants (c.1672). When the first English ships returned from Java with their cargoes, the parades organized to inaugurate Lord Mayors of London featured “islands art-fully garnished with all manner of Indian [then meaning Indonesian] Fruite-Trees, Drugges, Spiceries, and the like”.

My novel begins in Banten, or Bantam to the English, because that was the great goal of the first East India Company Voyages. The Portuguese had found the sea route to Asia first, but by 1600 news had got out that they didn’t control Java nor its spice markets.  The English and Dutch could evade the Portuguese bases in India by going straight to Bantam for their pepper, cloves and nutmeg — the hottest items of 17th century global trade.  Hence we know the smaller Southeast Asian chickens they first brought home as ‘Bantams’, and the lightweight category of boxing as ‘Bantamweight’. 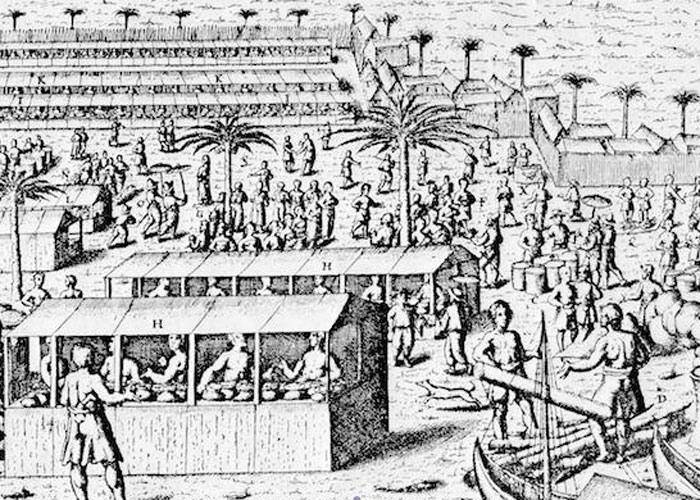 Banten was the right place for my English traveller, Hodges, to be confronted by the mysteries of Java, because it was the first English landfall and then trading base in Asia. In his desperation to escape the Dutch grasp, the Banten king even sent envoys to Charles II in 1682, feted in London but not helped in their quest for military aid.

Today Banten is only a coastal village, though it has given its name to a province and a people. Its port has gone, its significance long ago obliterated by the rise of the Jakarta megalopolis. A 90-minute drive west from Jakarta airport reveals only a few signs of what was once the meeting-place of India, China, Arabia and Europe. The great mosque from that period is distinctively Southeast Asian, but with a minaret looking like an old European lighthouse. It was designed by a Dutch defector to Banten in its heyday.

The other place of discovery for Hodges, and for you, the reader, is the reverse –then mysterious, now a tourist Mecca.  Today it is the city formally called Ngayogyakarta, popularly Jogjakarta or Jogja, the most visited tourist destination in Indonesia after Bali.  The food is wonderful, the people charming, the art, sculpture and history endlessly fascinationg.  This modern city is on the site of the Mataram of my title.  At the time of the novel it was only the stuff of legend and speculation for outsiders, visited by a handful of brave Europeans most of whom never returned. 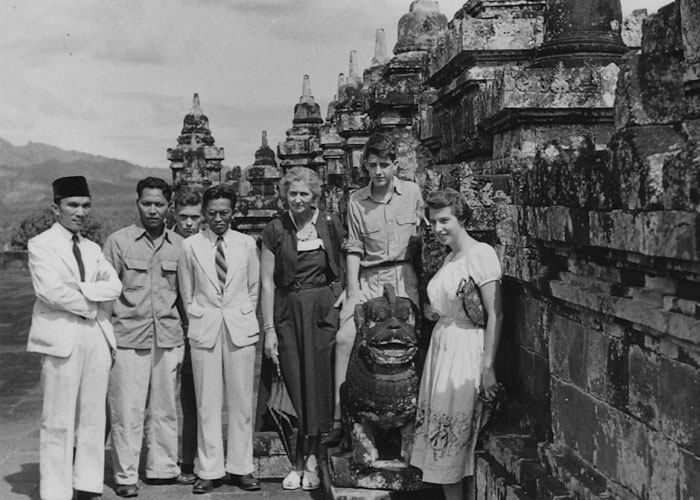 This Mataram became the mightiest kingdom of Java in the 17th and 18th centuries, which kept the Europeans at bay until it accepted the Dutch as useful tributaries who brought regular gifts to the court.  But the most celebrated monuments of Java were the work of another Mataram a thousand years earlier. This shadowy but highly successful society (‘kingdom’ may not be the right word) built the great temples and world heritage sites of Borobudur (Buddhist) and Prambanan (Hindu) at about the same time, as well as hundreds of other temples to Buddha, Siva and other deities.  Evidently that Mataram was a model of pluralist tolerance. The surviving literature of the flourishing early Mataram proposes that both may be true and not true, for they are but the outer surface of an inner unity where truth is to be found. 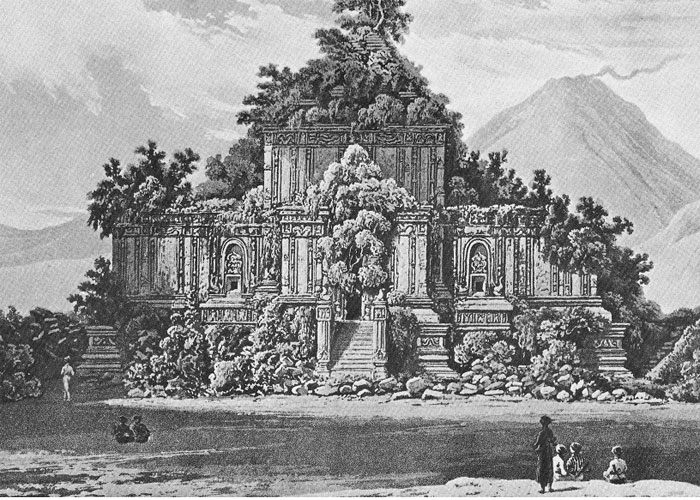 One of Prambanan’s many temples, with Merapi volcano in background (Raffles, 1817)

Both these temples have been well restored by UNESCO and others, and must be visited in their splendour by any visitor to Jogja.  But Hodges would have found only their puzzling ruins, perhaps better conveyed by the sketch Raffles had made in 1814.

Thank you so much Tony for a fascinating insight into Mataram and Indonesia as a whole!

The Author is not on social media but is published by Monsoon Books.