The Tokyo of Fuminori Nakamura

This is not the Tokyo you are going to want to visit once you have read the book. Nakamura paints a very grim and noir picture of Japan’s capital city. His characters are the losers of Tokyo’s backstreets, and the streets themselves are the dark, anonymous characters of the books themselves.

Are you brave enough to visit the streets of Tokyo through the eyes of Fuminori Nakamura? 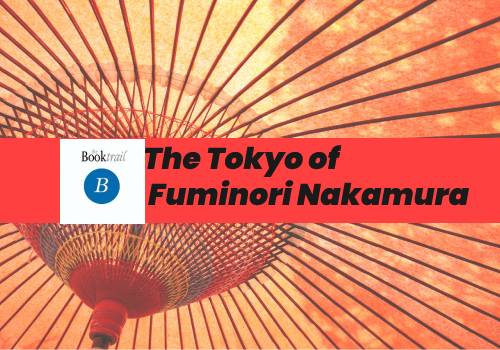 ‘I have truly been saved by literature. If I hadn’t met with stories that dive deep into the nature of society and humanity, stories that press on and attempt to reveal our true nature, I’m sure my life would have turned out differently. Literature is still precious to me. It provides me with the sustenance I need to go on living. Even now, having come to write books myself, that hasn’t changed in the slightest.’ – Afterword, Fuminori Nakamura 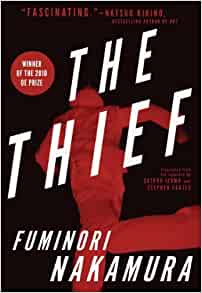 The setting in The Thief

This could be seen as a guide as to what not to do when in the city  of Tokyo. It’s a pickpockets guide in many ways but it’s also a way of looking closer at the hustle and bustle and anonymity of the capital. This novel looks at Tokyo day and night, the grim reality of those who work and steal in plain sight. You get the sense of the enormousness of the city, the sheer number of people, the size of the crowds and those quick thieves that pounce on the unsuspecting. From this level of crime, you then get to see the city through the eyes of the higher echelons of the criminals – the big time crime bosses.

This is the story of a solitary man through the seedy underbelly of the fast and furious city. 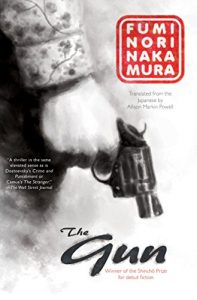 The setting of The Gun

In Japanese culture, guns aren’t at all common and so when the man in the novel finds one, he is captivated. Never mind that he has found the gun beside a corpse….

something sparks off an obsession with the gun and so the rest of the novel examines that. How finding a gun can make a person want to commit violence. Are we any safer if everyone has guns? 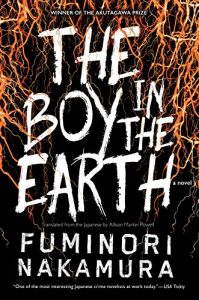 The setting in The Boy in the Earth

A taxi driver drives around the streets here. The novel is dark and takes place at night to increase the darkness.  the taxi driver in the novel hates himself and does everything he can to spiral ever further downwards. This is not a happy view of anything in Tokyo!

‘The sultry heat was stifling. I cast an eye over my surroundings as I walked along, thinking I would try to distract myself from my deteriorating mood. The intense moonlight formed a circle behind the thin and uneven cloud cover, its pale bluish-gray color gleaming hazily. I came out of a narrow passageway between brick condominiums, turned alongside a row house, and came out onto a wide road with cars on it.

This is the Nakamura Tokyo of Zen Noir. This is a city bleak and most dark.  These books  all show the disturbing progression of detachment from the world in which the characters live. Tokyo in these books will not welcome you but it will shock you and you will never forget it.

Let’s read some Japan in January!

Published by Soho Press in the UK