The Boy in the Earth 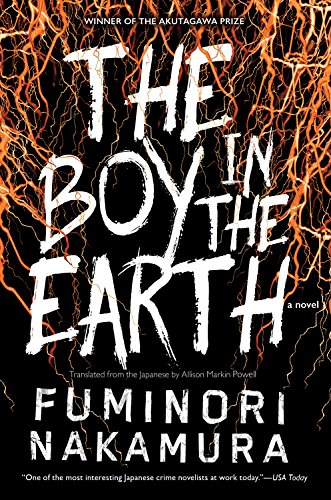 As an unnamed Tokyo taxi driver works a night shift, picking up fares that offer him glimpses into the lives of ordinary people, he can’t escape his own nihilistic thoughts. Almost without meaning to, he puts himself in harm’s way; he can’t stop daydreaming of suicide, envisioning himself returning to the earth in obsessive fantasies that soon become terrifying blackout episodes. The truth is, his long-estranged father has tried to reach out to him, triggering a cascade of traumatic memories. As the cab driver wrestles with the truth about his past and the history of violence in his childhood, he must also confront his present, which is no less complicated or grim.

Travel around Tokyo in a taxi.

Well, you are not going to want to get in a taxi anywhere when you read this. A anonymous taxi driver drives around the city and has an alcoholic girlfriend. Neither of them have a good view of the city or of life in general.

The taxi in Tokyo:

‘I hope it wasn’t a taxi robbery. There’ve been a lot of these lately. Guys with no money steal from the ones who don’t have money either.’

‘I emerged from the tunnel, but the scenery was unchanged. The moon that Sayuko and I had tried not to see was still shining against the surrounding clouds, the same way it was last night. I went back to the car and started the engine. On the radio, a report about the war was being replayed on the air.’

BookTrail Boarding Pass: The Boy in the Earth