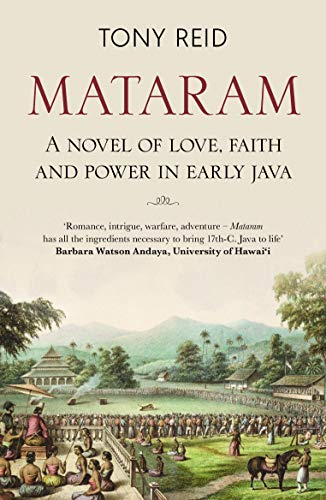 Seventeenth-century Java is in turmoil between its Hindu-Buddhist past and its Muslim future, while pepper draws Europe’s quarrelling spice-hungry traders to its shores. Thomas Hodges of the East India Company seizes a chance at glory by being the first to venture ashore at the pepper port of Banten in 1608. Will he unlock the mysterious riches of Java for the English, or not?

In Mataram he finds a kingdom poised to decide its destiny between a rich past of gods and spirits, a sterner Islam and pushy Europeans offering both science and God. He then meets a captivating interpreter, Sri, but survival alone will be a challenge; reconciling survival and desire with conscience in this baffling spiritual landscape appears impossible

“Java is the most fascinating place you’ve never seen.  Its most recent overlays of Islam, Indonesian nationhood and chaotic modernity never quite succeed in obscuring all the other layers of Indian gods, ancestor-cults, inner-directed mysticism, complex hierarchies of politeness and reverence for the dramatic forces of nature– where volcanic eruptions and earthquakes are everyday occurrences.”

“My novel begins in Banten, or Bantam to the English, because that was the great goal of the first East India Company Voyages. The Portuguese had found the sea route to Asia first, but by 1600 news had got out that they didn’t control Java nor its spice markets. ”

“Banten was the right place for my English traveller, Hodges, to be confronted by the mysteries of Java, because it was the first English landfall and then trading base in Asia. In his desperation to escape the Dutch grasp, the Banten king even sent envoys to Charles II in 1682, feted in London but not helped in their quest for military aid.”

“Today Banten is only a coastal village, though it has given its name to a province and a people. Its port has gone, its significance long ago obliterated by the rise of the Jakarta megalopolis.” 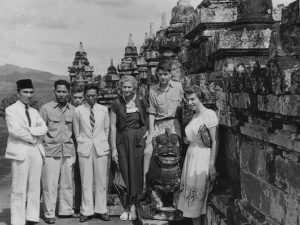 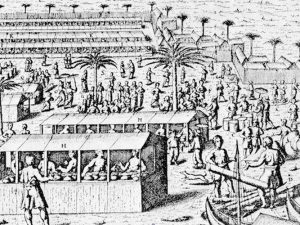 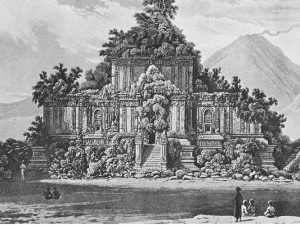