Travel to Lydiard Hall in Swindon with Nicola Cornick

Travel to Lydiard Hall in Swindon with Nicola Cornick

The Woman in the Lake, a novel by Nicola Cornick is a story of an old manor hall and a dress which over the centuries, has the power to affect those who wear it..

It’s all inspired by the historic town of Swindon…and as Nicola is an author who weaves historical fact and fiction together in the most magical of ways, her stories take on a number of interesting twists and unexpected directions…

The Swindon of The Lady in the Lake with Nicola Cornick…. 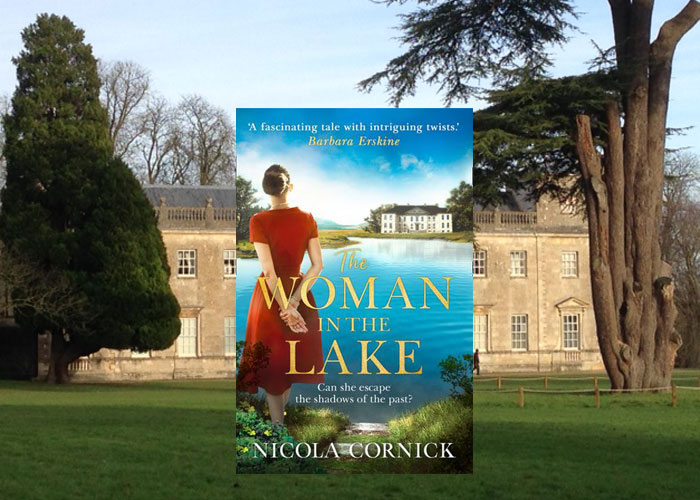 The Woman in the Lake (c) Nicola Cornick

So, are you ready to travel to Swindon and The Lady in the Lake...

Nicola Cornick takes the reins….in a  horse drawn carriage and transports all her readers to the hall and town in the book….

The town of Swindon isn’t the first place that you expect to find a wealth of 18th century history as it is better known for its railway and industrial heritage. However if you look beneath the more recent layers of the past a wealth of fascinating history is waiting to be discovered. 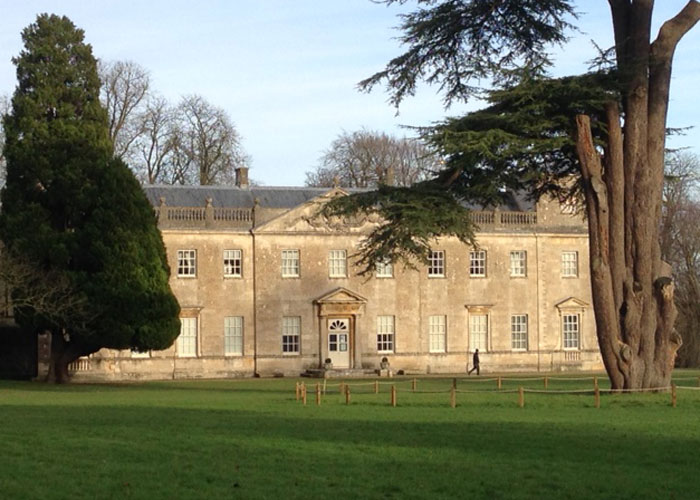 The jewel in Swindon’s historic crown is surely Lydiard House, the Palladian mansion that sits in glorious parkland to the west of the town. One of my favourite ways of researching a book is to visit the location and soak up the background and the atmosphere before I start to people it with the characters and stories of the past. 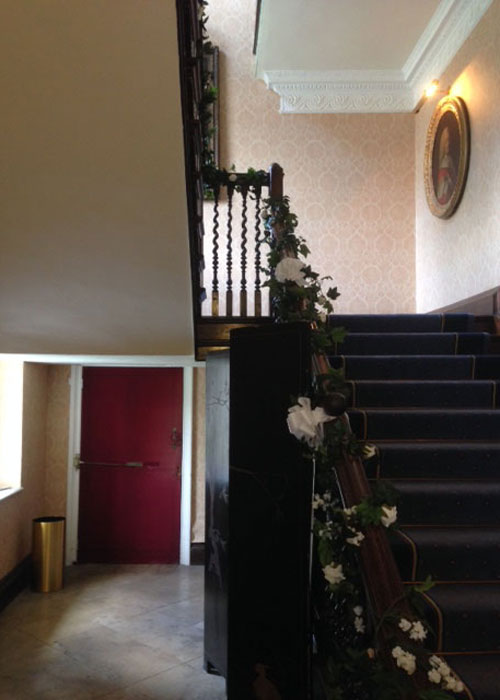 At Lydiard Park you can walk through the rooms with their St John family portraits, and read or listen to The Woman in the Lake in the very setting the books describes: the grand bedroom where Fenella first sees the golden gown and the beautiful little dressing room that belonged to Lady Diana Spencer, the 18th century aristocrat on whom the character of Isabella Gerard is based. The dressing room even contains some examples of Lady Diana’s art which were a direct inspiration on the story. 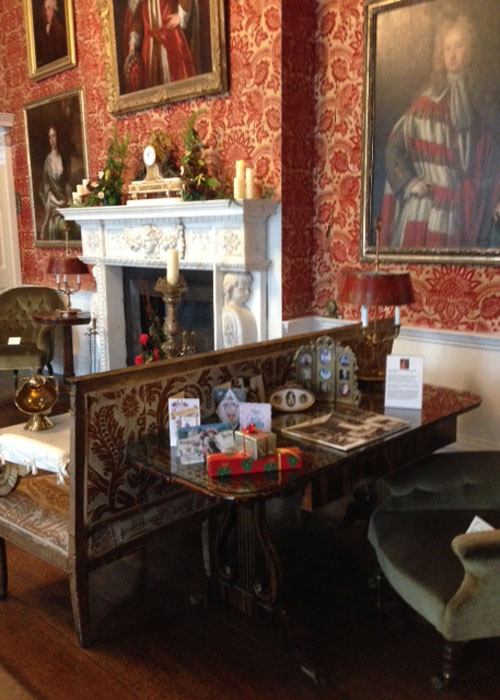 Lydiard is a place full of atmosphere and mystery. A stone’s throw away is the ancient church of St Mary’s, Lydiard Tregoze, with its astonishing St John family tombs and medieval wall paintings, and the whole estate is encompassed in beautiful parkland with several lakes, an ice house, a walled garden and many broad avenues and glorious walks. It’s easy to imagine that you are walking straight back into the 18th century! 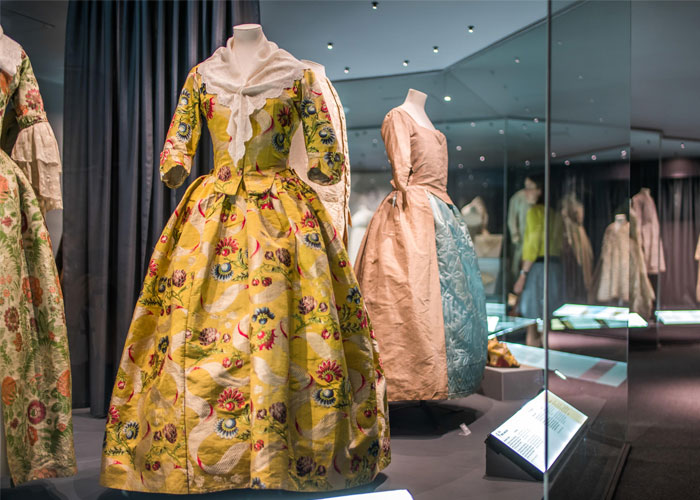 The original spark for The Woman in the Lake was the golden gown that is at the centre of the story. On a visit to the Bath Fashion Museum I saw a glorious yellow and gold woven silk gown from the 1760s and immediately started to imagine what it would be like if such a gown was preserved for centuries and came into the hands of a modern-day heroine… A National Trust costume historian was good enough to help me with my research into Georgian gowns, which was another fascinating element of the research for the book. 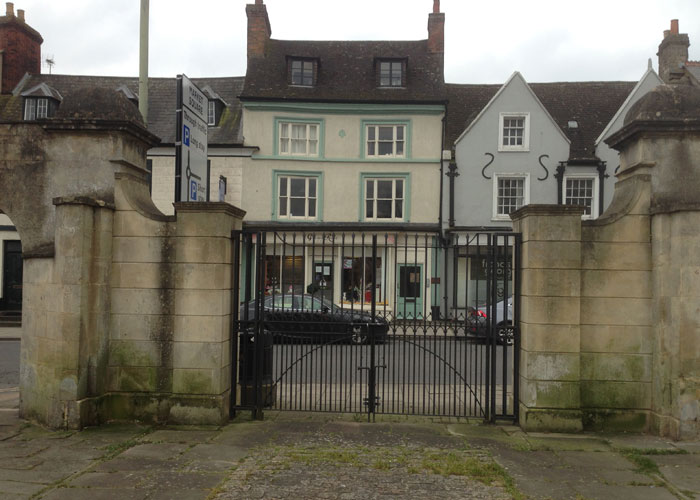 Then there was Swindon Old Town itself with its lost manor house, mill and church, and the warren of ancient tunnels beneath the streets. This for me was the most interesting part of my research, mainly because the pre 19th century history of Swindon was not as well-known as that of Lydiard Park and I love uncovering those “lost” bits of history in old books and records. Swindon Library has a brilliant local studies section where I spent a considerable amount of time browsing the archives and reading through the old books and newspapers. I then took the stories that I read there – for example the suggestion that Swindon was a centre for the smuggling trade from the late 17th century onwards – and looked for corroborating evidence from other sources such as contemporary descriptions of the town and its inhabitants, not least the fact that it was a small town with a very large number of inns!

The Woman in the Lake (c) Nicola Cornick

When I walk around the Old Town I feel very much as Fenella, the heroine of the contemporary thread of The Woman in the Lake does. Here are her thoughts:

“I love the way that you can walk around Swindon and know that the past is all around you. As night falls and the shadows creep around the old buildings they soften the hard lines of modernity so that you glimpse what is behind it – the old tumbledown wall of the manor, the cobbled path leading to the mill… You can imagine the glint of the moonlight on the water and hear the splash of the mill wheel turning… You walk through those dark streets wearing Isabella’s golden gown and you dream of centuries past…”

BookTrail Boarding Pass: The Woman in the Lake