Travel to the Scottish Highlands with  Lin Anderson

Enter the Scottish Party House with Lin Anderson. Let’s travel up the remote and wild landscape of the Scottish Highlands to meet Lin Anderson on location. Want to see the inspiration behind the setting of that notorious party house?

Place has always been a major character in my novels and many parts of Scotland feature in the long running Rhona MacLeod series.

When we went into lockdown, I was in my home village of Carrbridge in the Cairngorms. I had been thinking about a standalone novel for a while. One in which the crime and its investigation was viewed through the eyes of a suspect. 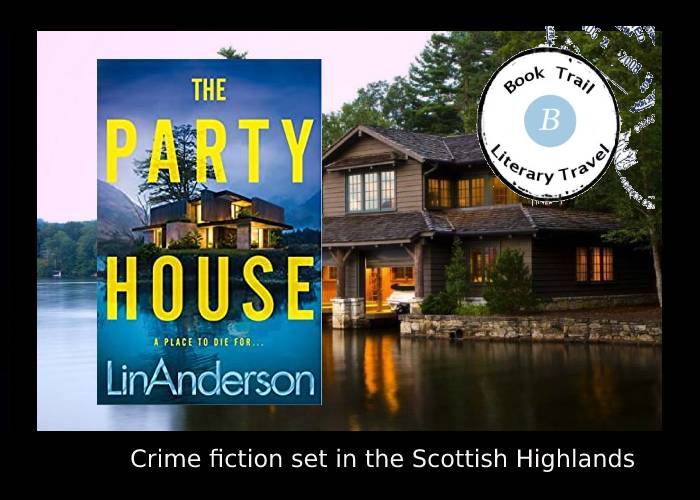 I decided on my numerous walks through the woods of Carrbridge that I would set the novel in an imagined highland village, somewhere west of Carrbridge, where you could see the sea from the surrounding hills. I called this village Blackrig and knew it would be an end of the road village. 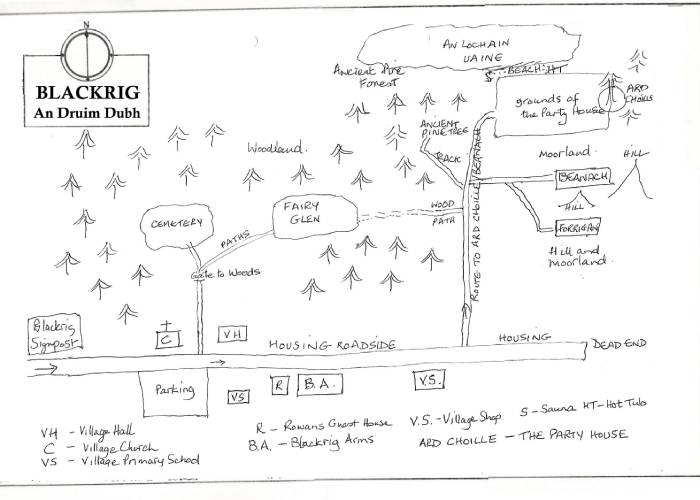 I visit all the areas I write about and Blackrig was an amalgamation of many places. The layout of the main street resembles most highland villages with its church, village hall, hotel, local shop and primary school. Blackrig is, like my home village, surrounded by woodland, mostly mature pine and birch, criss-crossed by paths, with blaeberries covering the forest floor. The surrounding hills are heather clad moorland. 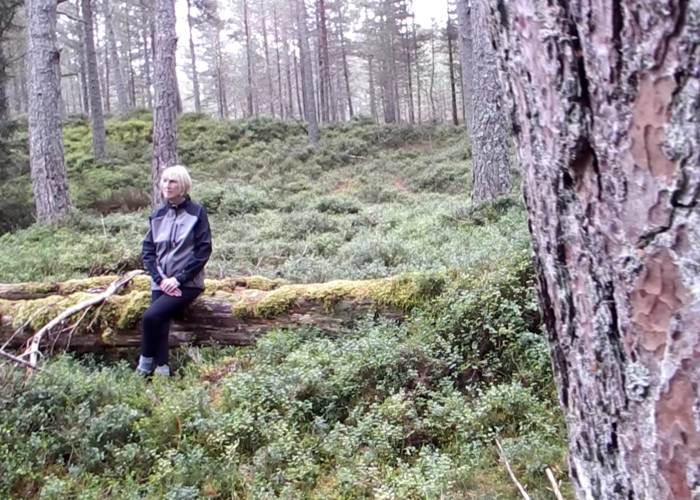 The house Ard Choille, meaning High Wood was inspired by a house I visited years ago near Boat of Garten, where many of the inside features were made with untreated birch. It felt like being in a treehouse.

When the small family-owned estate of Blackrig is sold to a conglomerate after the death of Lord Main, the villagers rename it the Party House, because of the rich clientele who are helicoptered in to carouse with no regard to the locals or the beautiful house and its surroundings.

An Lochan Uaine, the green lochan, which lies next to the house was inspired by the Enchanted Loch on Skye, where I have often swum, although there is also An Lochan Uaine (Green Loch) near Aviemore in Glenmore Forest Park. 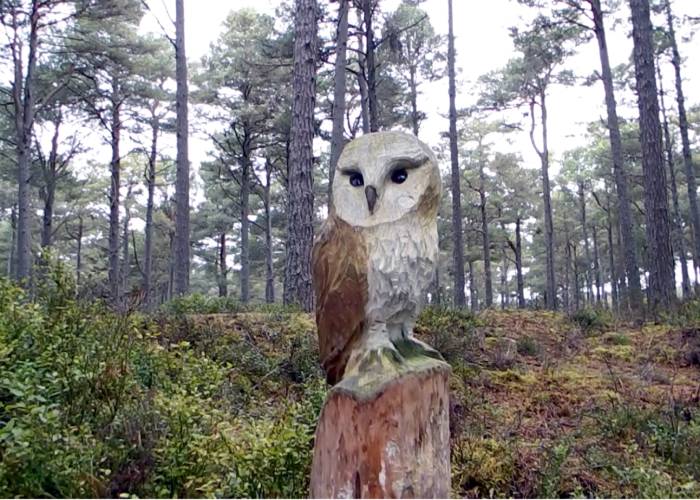 As for the Fairy Glen in the opening scene, it was inspired by an area in the centre of the Carrbridge woods which I particularly love, and it does have carvings. The number and types of carvings in the book are mostly from my imagination, although the owl sitting atop its post, is a favourite of mine, and it does exist.

Also, I may have mentioned to that particular owl on my many visits, that I planned to make him famous. He looked pleased about that. 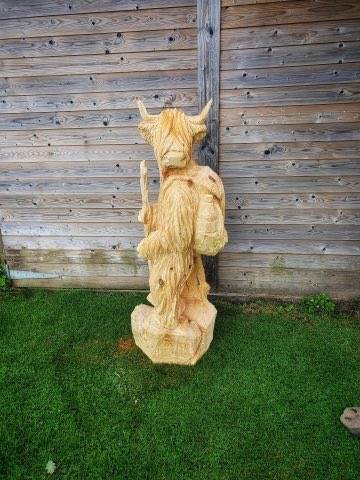 At this point, I should point out that my home village is famous for its Carve Carrbridge competition, when in September, folk come from all over the world, to create masterpieces using chainsaws. Many of which can be found in the local gardens including my own.

I love visiting the west coast, a mere hour and a half away from Carrbridge, which is why I placed Blackrig a little further west, so that Greg might take Joanne to the top of a hill from where she might glimpse the sea.

His home of Beanach (Blessing) resembles many highland and island houses. Sturdily built in stone to survive all weathers, with a couple of attic bedrooms. The name however came from a house not far from my family home in Carrbridge. That Beanach was grander than Greg’s, and has had a variety of owners since its days as Beanach. I could never understand why anyone would change the blessing name for anything else. So I resurrected it. 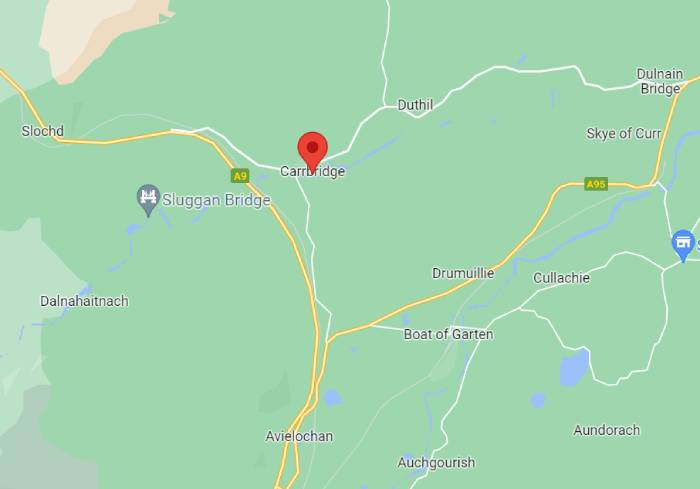 As for Forrigan, it still exists on the hill outside Carrbridge. When my parents were alive and running a Bed and Breakfast in Ellenard on Station Road, we used to get all our eggs from Forrigan.

The village hall in the book is like our own village hall. When the police take it over after the body is discovered in the grounds of the Party House, they use the wee back room to interview Greg. This is the room where the judges of Carrbridge’s World Famous Annual Porridge Championships  make their decisions. My fellow crime writer Craig Robertson, who is on the Bloody Scotland committee with me, has been a judge there himself.

The Blackrig Arms, where the locals have their ceilidh after the village hall is taken over by the police, is modelled on the Cairn Hotel, previously known as the Rowanlea where I used to work as a student during the summer months. The food and music in the real pub is of course excellent.

Last but not least, our village shop needs a shout out. Just like the people of Blackrig, we wouldn’t have survived the pandemic without it.

As for the inhabitants of my mythical village of Blackrig…they are all of course, figments of my imagination!