Confessions of a writer on the move and on the road

Sandy Barker transports you to Santorini in her latest novel One Summer in Santorini. But what happens when a writer is on the road, visiting the locations she will later put in her novels? How does Sandy mix work, travel and life in general? Confessions of a Literary Traveller – Sandy Barker is in the hot seat today!

You’re about to find out! Sandy Barker is on the hot seat for Confessions of a Literary Traveller… 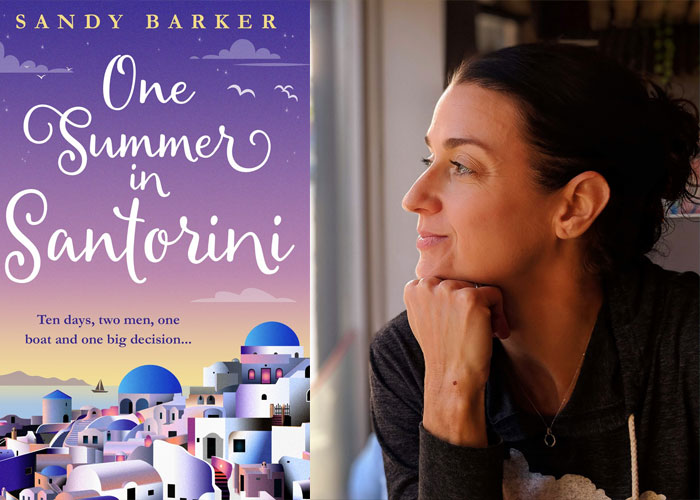 In 2018, my partner and I took a sabbatical. We left full-time work, packed up our house, packed our bags and left Melbourne. Our itinerary would include two-to-three-month stints in various locations, as well as short side trips, and over the year we would go to New Zealand, Western Australia, Bali, LA, Seattle, Minnesota, Chicago, London, Rugby, Scotland, Ireland, Wales, Amsterdam and Portugal. It was a diverse itinerary and each place offered a new way of life, a fresh perspective, or a unique experience—sometimes all three.

I’d already self-published my first novel by the time we left Melbourne, and I wrote the sequel and the third book in the series over the year. Most of book two I wrote in Bali in between contract work as a content developer and editor for an educational publishing company. 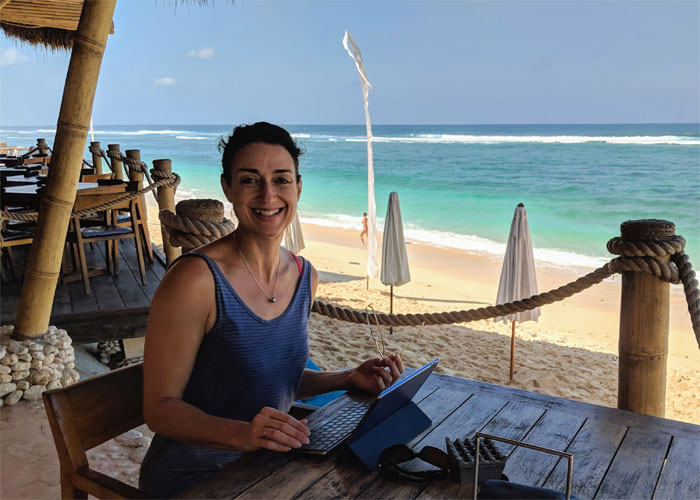 Bali was an incredible place to write. Maybe it was the heat, which makes this Perth girl happy, but I loved writing outside—or in wall-less cafes. I could knock out a chapter a day, the words flowing as I sat poolside on a sun-lounger and sipped lukewarm Bintang beer. 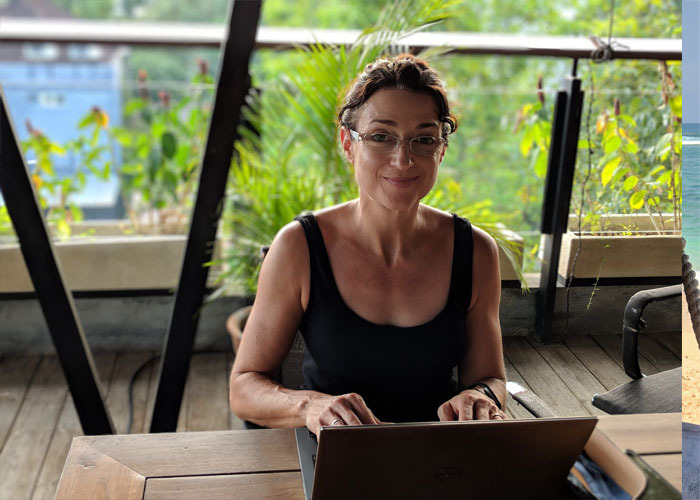 Book two is set in London, Sydney, New Zealand and Hawaii—all places I’ve either lived in or travelled to repeatedly. To capture the feeling of being in those places, I mostly drew on my travel blog posts and photographs. I tend to take a lot of photos when I travel. Most of them will not win any awards—as an aside, my partner is an excellent photographer—but I take them a ‘memory joggers’. I can read an old blog post about a hike in Maui and look through photos and I am transported enough to send my characters there in my mind. A lot of that was done while on that sun-lounger. I also wrote beachside on our day trips to the sea. Not surprisingly, when you can smell the salt air writing a scene set on a beach in Hawaii comes a little easier.

Whereas my first novel was written over several years in snatched moments on weeknights and on weekends, with the luxury of time on my side, I wrote 95000 words in Bali—in less than two months and all while earning my keep with the contract work. 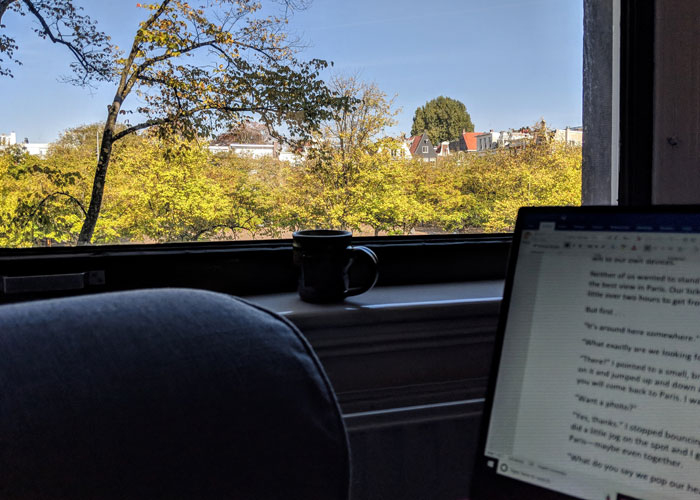 I edited the novel sitting lakeside in Minnesota. Actually, sometimes we’d stock up the pontoon with provisions and head out onto the lake for the day, and as we bobbed in the wakes of other watercraft, I’d refine my words. The couple of thunderstorms we experienced, I would ensconce myself in the lake cabin with a view through the trees to the lagoon. Every once in a while, I’d look up and take a moment to appreciate spending the summer in my partner’s childhood holiday home.

I self-published that book in late July, only just meeting my self-imposed deadline. I had two books out in the world.

Concurrently, I was querying agents and publishers. Yes, I was already an author, but I wanted a readership and that’s where an agent and a publisher come in. Still, the pace at which I wrote and edited my second book took its toll. It was at least two months before I could write again. I was tapped out. 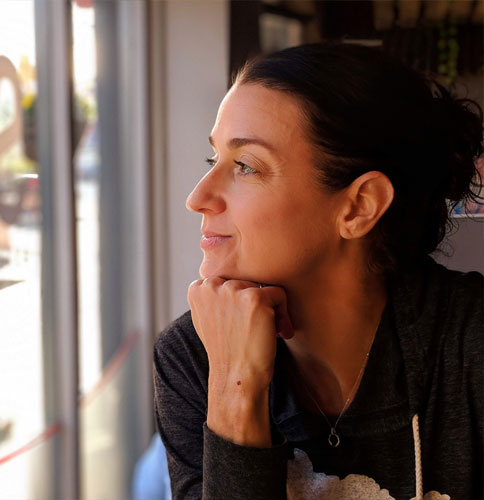 After an eight-week break from writing, I started my third book while we were living in the UK with my sister and her family. It was slow going, but I managed 20000 words while I completed some contract work.

In October, we moved to Porto, Portugal. It is an incredible city—beautiful views down to the Douro River, stunning architecture and cobbled streets, brilliant splashes of colour in intricate tiling and mosaics.

Just before NaNoWriMo (National Novel Writing Month) in November, I got the inspiration I needed to finish my third book—only 70000 words to go!

Book three is set on a European coach tour—ironically, Portugal isn’t featured, but it does include incredible settings like Paris, Cannes, Rome, Florence, Venice, Lauterbrunnen, and Amsterdam—all places I’ve been to and all places I love.

Fuelled by bad Portuguese coffee, awesome Portuguese wine, and unbelievable Portuguese tarts—pastel de nata—I wrote 75000 words in three weeks. The story poured out of me, the settings weaving easily into the narrative.  I drew on old travel journals I’d scanned before we left Australia.

When we arrived back in Melbourne after a year away, we had to re-establish ourselves. This meant new home, new jobs, reconnecting with our friends, and Ben even became an Australian citizen. It was during this time, I signed a publishing contract with Avon Books, an imprint of HarperCollins UK.

I also started writing book four, which is set in Bali.

I will always travel. And I will always write. Where those two converge is where my passion lies and the work comes (reasonably) easy to me.

Thanks Sandy for such an insightful account of your writing journey!

Meet Sandy Barker on The BookTrail’s Authors on location here