The Chronicles of Hugh de Singleton, surgeon take us to Oxfordshire and London, back to the days of 1372 when the practice of medicine was not as it is now, and where poison was the weapon of choice. A doctor during the time would have quite the story to tell would he not?

So, on this forsaken day of September, a great deal of time since Sir Hugh rode his horse through those fallowed lands, his creator Mel Starr, reminds us of the travelling doctor’s tales…. 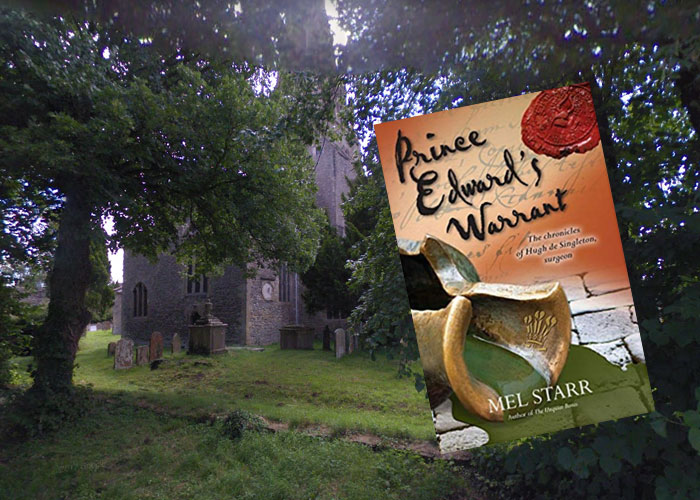 Mel Starr, it’s over to you for a very medieval guide to your novel…

It’s the autumn of 1372, and the prince is suffering a relapse and sends to Bampton for Master Hugh to attend him. While at dinner in Kennington Palace, Sir Giles, the knight who escorted Hugh to London, is stricken and dies. The Black Prince feels a debt to the slain man and so is keen to find out how and why he died….”

This takes the story all across Oxfordshire and London….from Royal palaces to medieval churches.. 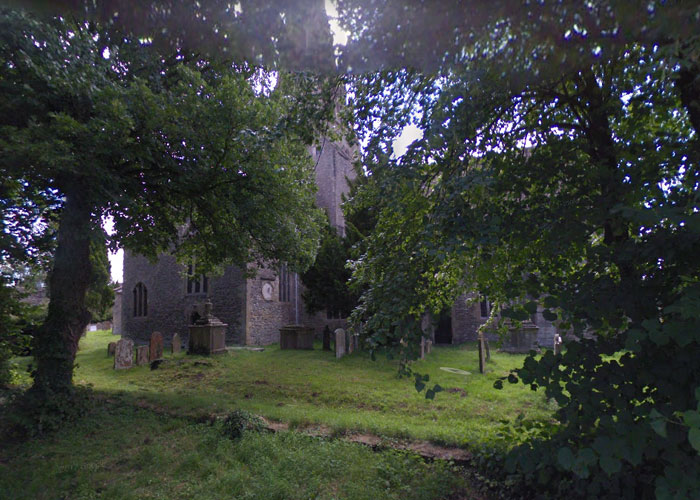 The Church of St. Mary the Virgin in Bampton is little changed since the fourteenth century, when it was known as the Church of St. Beornwald.  The crossing and lower tower are Norman.

Stokenchurch is located at junction 5 of the M-40 Motorway, in the Chiltern Hills.  The medieval road Master Hugh would have traveled to the village is now a bridleway called Collier’s Lane.  The parish church of St. Peter and St. Paul, has a Norman west tower. 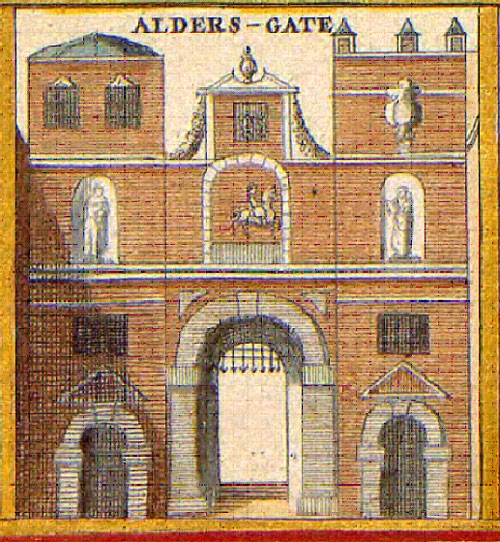 The medieval Aldersgate was taken down and rebuilt in 1617.  That gate remained until 1761.  A modern roundabout is now at the site of the medieval gate in the city wall.  The area was heavily damaged during WW II.  The gate was just south of the present Museum of London, on Aldersgate Street.  28 Aldersgate St. is the approximate location of the Moravian Church where in 1738 John Wesley  “Felt my heart strangely warmed” while listening to a reading of the Book of Romans.

St. Magnus’ Church is located, as it was in the fourteenth century, at the north end of London Bridge, which now carries traffic on Rte. A3.  A stone bridge was built at this location in 1209, replacing a wooden bridge.  The medieval Church of St. Magnus was destroyed in the great  London fire of 1666.  The present church was completed in 1676.

The suburban village of Hornsey is located a little more than six miles north of Charing Cross.  A thirteenth century tower is all that remains of St. Mary’s Church.

Thanks Mel for a brief guide of Sir Hugh’s world and how it is now. It’s a real time travel of a novel!