Excited to welcome Anna Jaquiery to Booktrail Towers today. She’s written two of our favourite reads – The Lying Down Room set in Paris and now her latest Death in the Rainy Season set in Phnom Penh, Cambodia. Great locations and even better mystery and crime stories! 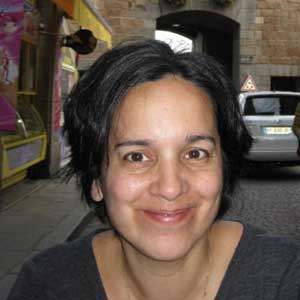 Welcome Anna. Great to see you today. Thank you so much for stopping by. You have inspired a booktrail jaunt over to Cambodia! That’s the power of a great read indeed! Can’t wait to start asking you all about one of our favourite novels this year!

You are of French -Malaysian descent. Morel is of two cultures – French and Cambodian. Did your background shape his character?

It was important to me that Morel be Eurasian – part French, part Cambodian. Like me, Morel also grew up in several countries. He only settled in Paris at the age of 17. I feel that he is nothing like me, but we do share that hybrid experience.

Which French food do you like the best and which Malaysian food is your favourite?

In both cases, it’s difficult to pick one particular dish. In France, generally speaking I like the quality of the products, and particularly the range of wines, breads and pastries you can find there. What I look forward to when I visit Malaysia is the hawker centres, where you can pick a wide range of Malay, Chinese and Indian dishes from a variety of stalls. I like the convivial way people eat there, sharing dishes. 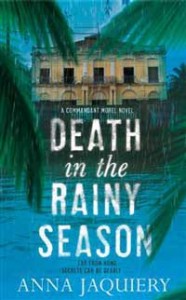 Can you recommend some writers from both countries that have inspired you?

Balzac and Stendhal are among my favourite classic French authors. I enjoy Fred Vargas’s crime novels, as well as Malaysian author Tash Aw’s books. But I have to say that the authors who’ve inspired me most are neither French nor Malaysian. Top on the list of influential authors are people like Graham Greene and Anton Chekhov. Other authors whose writing has inspired me include Vikram Seth, Colm Tóibín and Ian McEwan. There are many others.

What does it feel like to have experienced the monsoon season?

I like the monsoon season because the rain pours down, but it doesn’t last. It’s quite unlike the drizzle you experience in places like London and Brussels. I love the way the heavy rains make the colours brighter, and everything lush.

What fact about Cambodia (culture, language or food for example) would it surprise us to learn about? 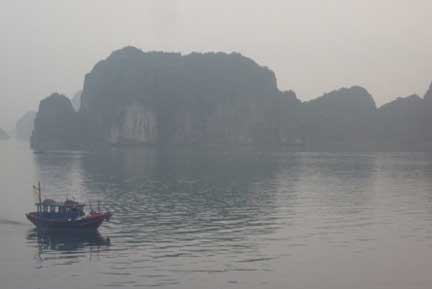 I’m no expert on Cambodia as I’ve only visited a few times, and never for long. But one thing that did stand out for me during my last visit to Phnom Penh was how dynamic the city is. The population is young and several people I met spoke about their desire to look towards the future rather than remain fixated on the past. Cambodia faces many challenges, it’s true, and it is still coming to terms with its Khmer Rouge legacy – but there is also a great deal of energy, and yes, optimism too.

The mix of both cultures in Death in the Rainy Season is very interesting – as it not only impacts on people’s opinions, reactions and the inner workings of the police within the novel. How do you manage to mix so much background and evoke the settings as well as write a really good mystery?

Setting is very important to me when I’m developing a story. Maybe this is because I’ve moved around a great deal. Writing about the places I know may be my way of holding on to them in some way. I spend a fair amount of time on research, but I don’t really plan my books. I do start out with a clear sense of where I want to set the book, what the premise is and who the main characters will be (aside from Morel). I sometimes think I’d find some aspects of the process easier if I planned the books more, but then again I wouldn’t enjoy writing them as much if I knew everything that was going to happen before I started writing.

What’s next in store for Morel?

In the third book, which I’m currently working on, Morel has to investigate two deaths in a troubled suburb north of Paris. I wanted to write about immigration and what it means to belong. The book is told from multiple perspectives, most notably Morel’s and that of a young woman of Algerian descent.

With many thanks to Anna Jaquiery for chatting to us today!