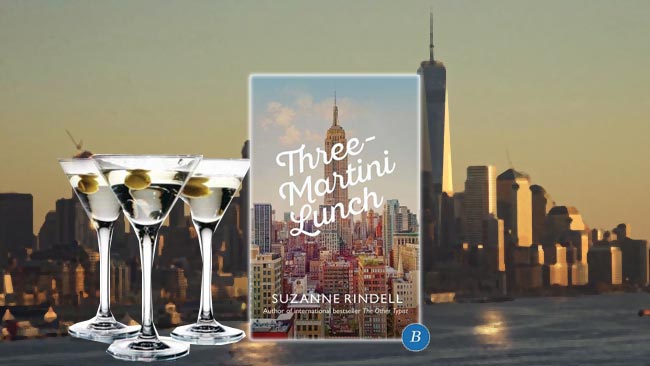 Suzanne Riddell has taken her readers to New York in her latest novel and given them a three Martini lunch which is nvery nice of her. She’s knows the city better than most, breathes it, explores it and pays homage to it. There’s something about New York that no other city seems to have and she captures that in her novels. The Three Martini Lunch is actually a real thing – very American and wait until you go back intime to the 1950s and see what the city which never sleeps was getting up to then… 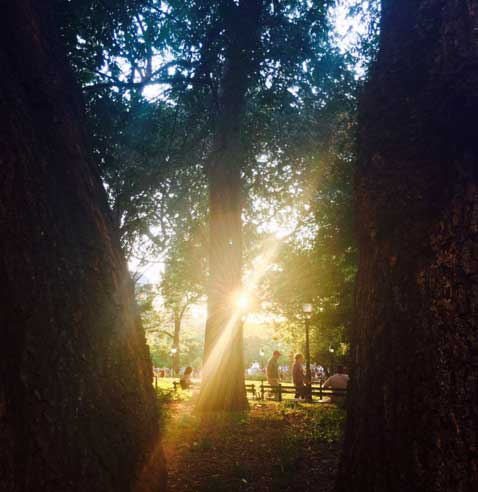 There is nothing quite so heady as being “new” to New York. I set my first two novels in the Big Apple in part, I think, to metabolize the experience to some extent. Whether visiting the city or attempting to move there for good, being in New York for the first time is a curious sensation – given all our exposure via television and movies, it instantly feels intensely familiar. And yet, New York has an energy and attitude that is absolutely unique – and you have to hurry up and get onboard with that attitude if you want to keep up; no time for dawdling and staring like a tourist. When you step onto those streets it’s time to put on your best worldly, cosmopolitan armor, and walk like you MEAN it. 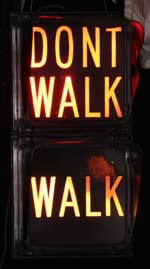 Walk Like you Mean it (c) Spirited Prop Hire

Act jaded if you can. Sure, those are some tall buildings. Don’t gawp at celebrities, that makes you look like an amateur. Yes, it’s perfectly normal to see a model with pink hair leading a camel through the middle of Times Square (true story – they were photographing a Kate Spade advert). That rat you saw in the subway the size of a cat? That man openly peeing on the pavement? All also perfectly normal. Please note: Throughout all this, you are just as likely to hear the words “Welcome to New York” as an ironic rebuttal to some sort of mishap as you are to hear them uttered in sincerity. 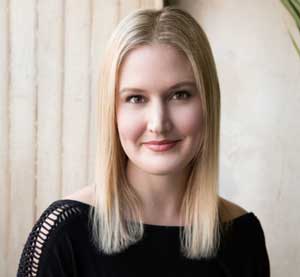 My most recent novel, THREE-MARTINI LUNCH is set in New York in the late 1950s. It features three very different young people trying to “make it” in the world of publishing, and in the city. Cliff is a young, white, “Beatnik” who is convinced he’s the next Jack Kerouac but can’t seem to get the attention of his “big deal” editor-father. Eden is a Midwestern girl living in the Barbizon (famous women’s-only hotel) and trying to make it as an editor.

Miles is a naturally gifted writer – who happens to be black and gay during one of America’s most conservative decades. He bounces back and forth between Harlem and Greenwich Village, not quite feeling like he fits in either corner of the city. Of all the wishes I have for this novel, I think the wish at the top of my list is that I captured a true hint of what it is like to be young and independent and trying to measure yourself by what New York City makes of you. There are numerous books and films that prompt people to say, “New York itself takes on the proportions of a character in this story.” I would be proud to think my book might be counted among these. 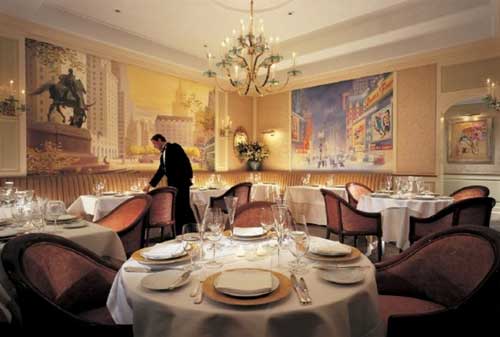 “The 21 Club, a famous restaurant whose history stretches way back became extremely popular among the 1950s publishing crowd. Cliff eats steaks and drinks martinis here with his father, a “big deal” editor”

To research this book, I knew I was looking for a piece of New York that didn’t quite exist anymore – “1950s New York.” Moreover, my characters spent a lot of time in Greenwich Village, the neighborhood in New York that was home to quite a lot of Beatniks: Artists, poets, and general “bohemians” of the 1950s. Nowadays, the Village – especially the “West Village” – is mainly home to the celebrities and investment bankers who can afford it.

Undaunted, I still wanted a firsthand experience of the Village so I decided to move into the area, and rented an apartment the size of a shoebox (all I could afford, not being a celebrity or investment banker myself or one of the TV Friends (see pic above). My hopes were met: The move proved incredibly useful and inspirational. Sure, the neighborhood had changed since 1958, but walking around revealed hidden treasures, as did talking to older folks who had managed to weather the tide of rising real estate prices (read: “Rent Control”). As it turns out, if you are patient and willing to invest a little time, there are marvelous histories to be coaxed out of even the most gentrified pocket of New York City.  The walls of those beautiful old brownstones cannot be torn down (historical preservation), and they really do talk.

In any case, if you visit New York and you’d like to put some faces to the locations mentioned in THREE-MARTINI LUNCH,  that still resemble their midcentury selves to some degree. Greenwich Village serves as a central crossroads for my characters, but other spots on the island of Manhattan are important to the book as well, and I’ve tried to include a few of those to give the fullest flavor possible. Speaking of which, if you’re feeling bold (or slightly alcoholic), you’re welcome to attempt one of those famous 1950s-era “three-martini lunches” for which the book is named, but don’t say I didn’t warn you. My theory is that those martini glasses must have been smaller back in 1958. 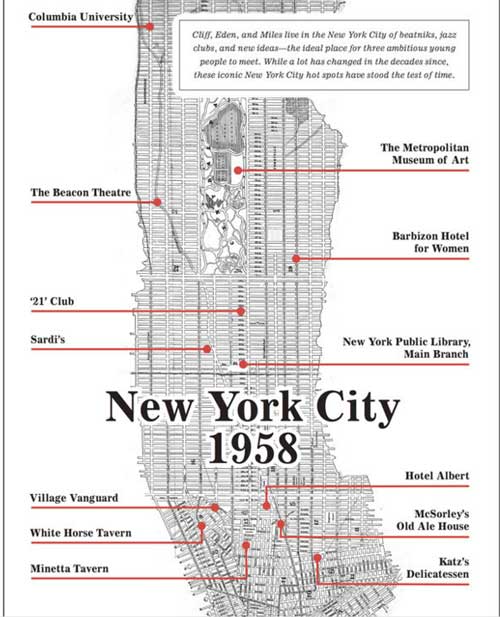 To return to the E.B. White quote above, I hope if you visit NYC you feel his words ring true. There is something inherently aspirational about the people who live in New York, and especially those people who arrive in the city from elsewhere and choose to stay in order to test their mettle against it. These settlers are of all of us; these settlers may include you. Just remember that other thing E.B. White said – that New York “can destroy an individual, or it can fulfill him, depending a good deal on luck. No one should come to New York to live unless he is willing to be lucky.”
And with that, I wish you luck, happy (book) trails… and martinis, of course!

Have a martini to celebrate Labor Day and buy this book to celebrate! Thanks Suzanne for such an insightful trail and chat! x