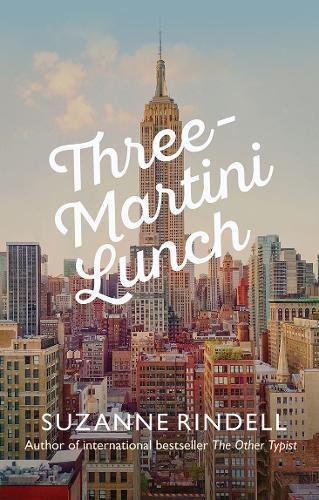 1950s: Feel the beatnik buzz of New York and its publishing world

1950’s New York attracts people from every creative walk of life. Cliff, Eden and Miles all meet when they are living such difference lives but who are all at the whims and mercy of the beatnik spirit of the time.

Cliff Nelson is the privileged son of an editor at a New York publishing house, convinced of the idea that he’s the next Kerouac. Eden Katz arrives in the city with dreams of becoming an editor. then there’s Miles Tillman, a black soon-to-be Columbia graduate and wannabe writing who works as a publishing house bike messenger.

Their choices, concealments and betrayals as they reach for their goals ripple outwards leaving none of them unchanged.

If you’ve ever wondered what 1950 New York would have looked like and in particular what working at the heart of publishing then would have involved, then this book is a creative dream.

First of all – the Three Martini Lunch – The title refers to the leisurely lunches common between businessmen and women in the 50s and 60s. (“two martinis, a little business, and a third to seal the deal.”)

The world of publishing is fast and furious -think Tv’s Mad Men – ads the cutthroat deals and underhanded actions take place. It’s cutthroat and fast and will spit you out as soon as look at you – this is still a country, a city, an industry where issues and arguments on race, sex, class and gender rattle around the city with the traffic and the people.

Looking back on it now, I see that New York in the ’40 made for a unique scene. If you lived in Manhattan during that time, you experienced the uniqueness in the colours and flavours of the city that were more defined and more distinct from one another than they were in other cities or other times.”

In the publishing houses, you can hear the clatter of the typewriters, smell the carbon ribbons, hear the click clack of heels and sense the impending crisis in the office next door, straining to  hear the whispers of the debated manuscript and accusations of plagiarism and more

The main setting of the book and the heart of the publishing world at that time:
“Everybody felt like they were on the outside looking in all the time when really it was just that the hipster scene tended to turn everything inside out and the whole idea was that we were all outsiders together ”
The cocktail of books

Susan Rindell says that she choose books to put into the novel as she wanted to see them interact with one another. Jack Kerouac’s On The Road,  Rona Jaffe’s The Best of Everything, James Baldwin’s Giovanni’s Room, Truman Capote’s Breakfast at Tiffany’s and Sylvia Plath’s Bell Jar to name but a few.