There’s something going on in the woods of Worcestershire and we’ve a guide on TheBookTrail today who is not only going to take us there and show us around, but take us back to the 1140s as well……

Hold on to your feathered caps…. 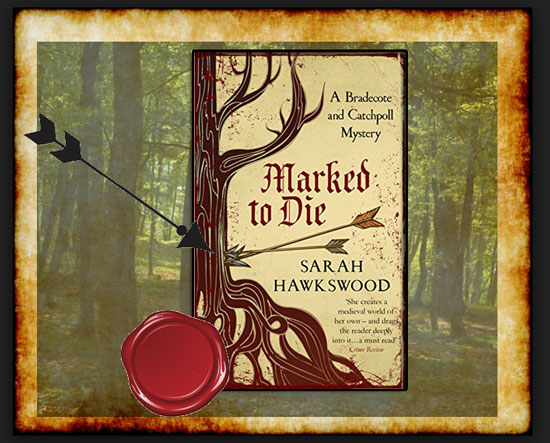 I set all my Bradecote & Catchpoll series in Worcestershire, though I began before we moved to the county, and it was not because if the location of the books that we came here, but that is another story. Since coming here I always ‘do a recce’ as much as possible of the area where the book is set, which is easier with rural locations than towns, for obvious reasons. I look at the unchanged topography – that ground is boggy, they would have stuck to the ridge, three hundred boundaries meet here and still exist as a stream, a scarp etc.

I chose Worcestershire because in the 1140s, during The Anarchy, it was a place where both supporters of King Stephen and the Empress Maud ( Matilda) existed, and indeed lords swapped sides regularly. I also love the physical geography for its variety, from the Severn Plain to the Malvern Hills. 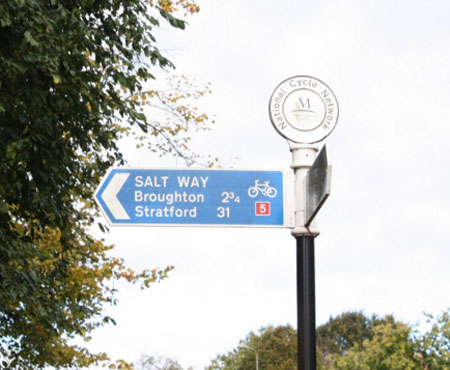 In the third book, Marked to Die, the big problem has been Droitwich,, then known as Wich, since it has nothing left of its early 12thC existence except for elements in two of its churches, much altered, and the Salt Way. The Salt Way was originally a Roman road which remained in use thereafter,, and is one of the roads that were the salt roads by which the salt, made from the brine pits, was sent up to seventy miles away. However, I have travelled the road, by car, and it gave me a feel of the country, even though I am well aware that is has since been largely deforested for farmland. I also went to Cookhill, where I set Christina’s manor. Often the greatest assets to me are the old churches, some of them still largely in period, as at Cotheridge on the Leominster road from Worcester, and which I used almost as it stands for the sixth book, and Malvern Priory’s Norman nave in book four.

I studied details of how salt was created from brine in Droitwich since Roman times. I did not stand in the middle of modern day Droitwich and envisage how it had looked in the 12thC because it is so very very altered, but I went round the area to get the topography and a feel for the landscape, eg the drop to the River Severn at Holt, and the little islet in the middle of the river which would be a good ferrying point. 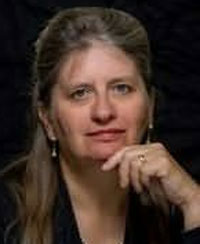 Dinner party in your perfect location with 5 ideal guests dead or alive?

Five people for my dinner party alive or dead – which I would hold on the terrace of Taylor’s port lodge restaurant overlooking Porto, Portugal.

The first Duke of Wellington, always my hero since my teens, and not interested what other people thought about him. What is more he would know the location from taking Porto off the French in 1809.

Rudyard Kipling – a superlative wordsmith, you just have to read his Puck of Pook’s Hill.

Sir David Attenborough – amazing communicator and all round wonder.

Aethelflaed, Lady of the Mercians – Daughter of Alfred the Great, highly educated and a really strong character. She makes Elizabeth I look a pussy cat and would have no problem being the only female guest.

Sir Christopher Lee – a raconteur and man of many parts, and with SUCH a voice. Bound to be interesting.

If so, it has to be tea, loose leaf and from a teapot.

How do you put yourself in the time period in which your book is set? Do you have things around you when you write for example?

I am an historian by training, and have a very visual imagination. Once I am writing it does not matter where I am, I am in the 12thC world, and see it in my head as the characters move through it as you would watch a film. I do like to write in a good light, and am a lark not a night owl.

Thanks for all of that Sarah. What a tangled medieval web you weave!