Travel to New Zealand One Winter Morning with Isabelle Broom

There are some authors who transport you so well to a location via their novels that you honestly think you’ve been there. You can watch a travel show and think you recognise not just the sights and sounds, but the smells and the cultural tics as well. An author who does that particuarly well is Isabelle Broom. Author of several novels, she’s taken us to Prague, Sri Lanka, Lake Como, Spain and Greece..

This time, it’s New Zealand and WHAT a journey in every sense of the word: Isabelle tells us more… 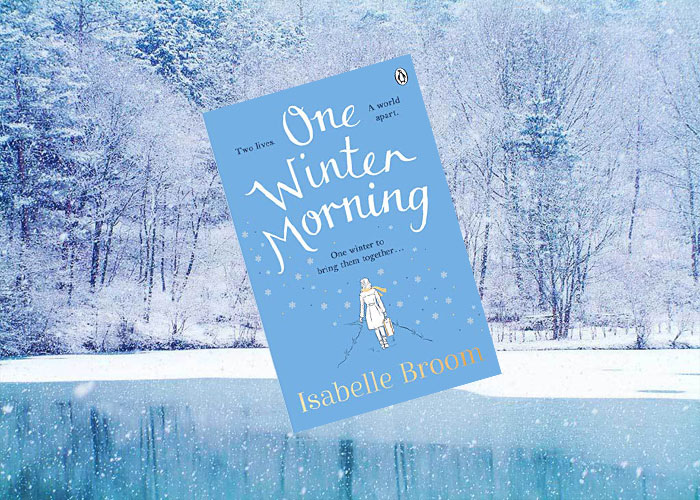 For pretty much my entire adult life, I had wanted to visit New Zealand. The desire was there way before Peter Jackson built Hobbiton, and even before I developed a passion for Marlborough-region wine. The sticking point always was, however, that New Zealand was very far away from England. You can’t just pop over for a week, as you might to a European destination. In short, I never had time to go. That was, until I left my day job at heat magazine and decided to become a full-time author. Suddenly, I had not only free time at my disposal, but a gap in my novel-idea notebook that was crying out for an inspirational setting….. 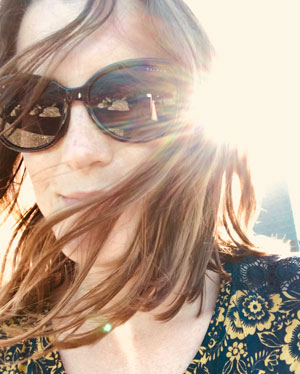 New Zealand felt like the obvious choice, and so in January 2018, I booked my flights, stuffed my clothes into a backpack, and set off for a month-long adventure. It was one I will never forget. I fell so deeply in love with the country and its people, with the space and the beauty and, yes, the Hobbit holes too. I felt so entirely at peace while I was there, and all I could think was that if I ever needed to heal a hurt, then New Zealand would be the first place I went. It was this simple fact that became the seed of Genie’s story, and they rest, as they say, is history. 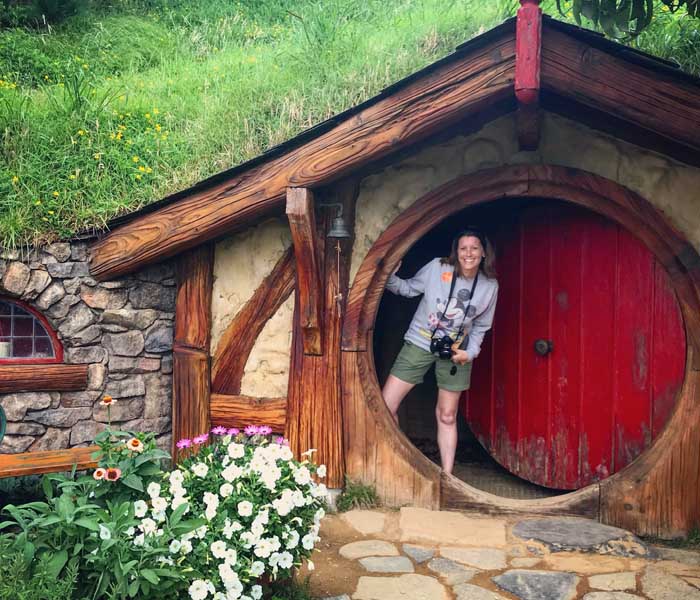 What about the research involved. How did you do this?

I confess, when I arrived in New Zealand, I didn’t know exactly where I would base the action in the novel. I just wanted to explore and see where inspiration struck. Of course, this being one of the most stunning countries on the planet, I soon realised that I could have picked any location. It is ALL incredible. I tried to see as much as I could in the time I had, travelling the length of the North Island before venturing to the South, all the while taking photos, scribbling notes and recording videos.

Booking a travel pass with the coach company InterCity, turned out to be invaluable, because all the drivers have extensive knowledge not just of the locations you’re passing, but also of the history of New Zealand. I learnt more from those drivers than I did from any books. Coach travel is definitely the best way to see the country, and much better for the environment than hiring a car. Plus, you meet so many people. I even met my holiday fling on one journey…but that is another story! 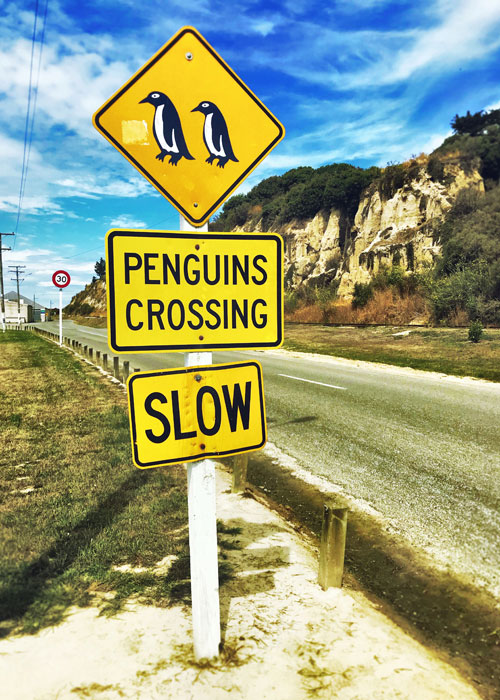 I did indeed! I always make it a point to fully immerse myself in the setting of every novel I write, and this one was no different. Everywhere that Genie goes in the novel, from the Blue Penguin Colony in Oamaru to Steampunk HQ, to the riding stables in the depths of Glenorchy, Lake Wanaka, and the top of Bob’s Peak in Queenstown, I went too. 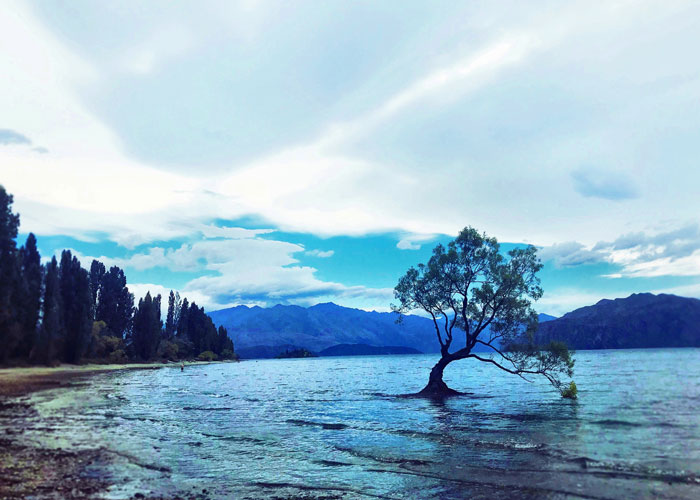 How else did you research location?

Well, aside from all the travelling I did and the aforementioned coach drivers, I read as much as I could about New Zealand’s history, and about the Maori people. One of the greatest things about New Zealand are the folk who live there. They’re so welcoming, friendly and passionate about their country. Everyone I spoke to was willing to chat, and so generous with their time. The novel gets all its richness from their input – and Kit his authenticity. All those ‘bloodys’ he utters are very much based on fact, trust me!

Is location key to your story or a background?

I always like to base the stories I tell on a foundation of truth, and I think certainly where I am concerned, setting is everything. Where you are geographically can completely change your perspective and outlook. For example, I am a far happier person since swapping the claustrophobia of London for the fields of Suffolk; I have space to think here. Similarly, in One Winter Morning, it is just as much New Zealand that coaxes Genie out of emotional hibernation than it is the people she meets. She just needed to remind herself of how much beauty there is out in the world. New Zealand is a country where everything flourishes – I know I did when I was there. 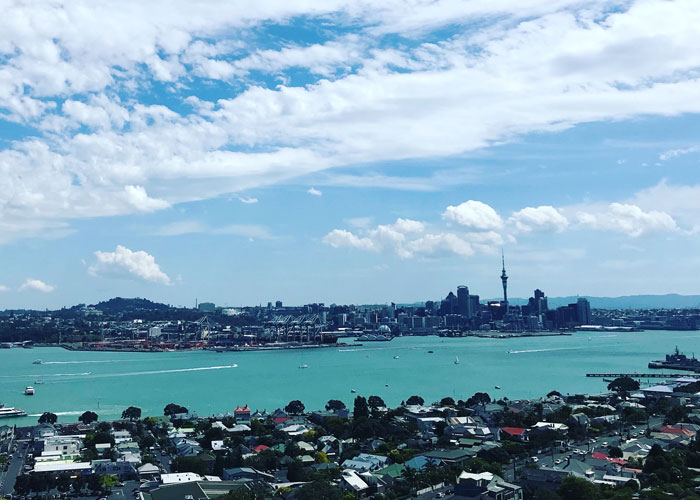 Where in that location would you recommend readers go to ‘ see’ your novel?

I would wholly recommend that everyone see as much of New Zealand as possible! But to really get under the skin of this novel, you’d need to head south, down to Queenstown. Take in the sights, trudge up the trails, sit on the grass by the lake and drink a cold beer, or make a fool of yourself playing Frisbee Golf in the park. Take a trip out to Milford Sound to see what Rudyard Kipling called the ‘eighth wonder of the world’, book yourself a pony trek and ride through Paradise Valley and the Dart River, spot seals and penguins in Oamaru and watch hang gliders soaring down through pink clouds. Do it all, see it all, embrace the beauty. 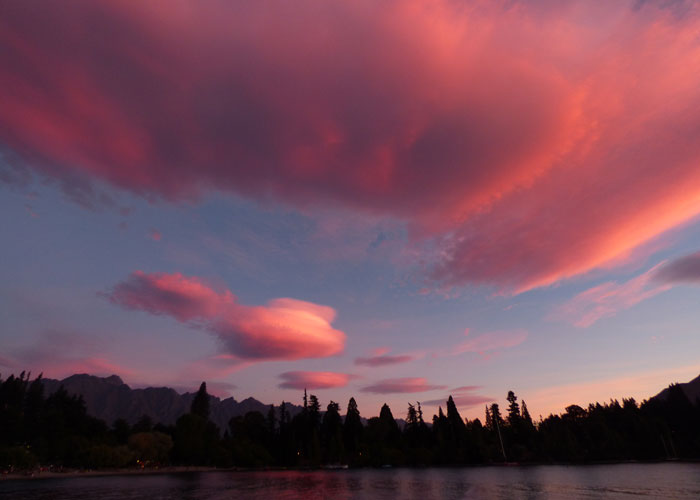 Where is your favourite reading and writing location?

When I was in New Zealand, I got really into audiobooks. Because I wanted to read on those long coach journeys but also didn’t want to miss a single second of the stunning scenery, I started to listen instead, and it was a revelation. Now I’m hooked! I love listening to audiobooks on trains, too, which is handy, because I constantly seem to be on one at the moment, hotfooting down to London and back. Oh, and my new favourite writing spot is my local library here in Sudbury. It’s right in the centre of town and is quite big by library standards these days. There’s wonderful light, plenty of space and barely a sound: perfection. That’s where you’ll find me most days at the moment.

You can go for a solo holiday anywhere in the world – where would you go?

Can I say New Zealand? I am actually booked to return in March next year already. I know! Obsessed! Other than that, I would love to see more of Australia, but Fiji’s on the list, as are the Philippines, Bali, Hawaii, Madagascar and Costa Rica. Oh, and Norway. And Sweden!

Which books do you choose for the beach?

Beach holidays are fab, because you can devour a novel in a single day easily. I usually take at least six paperbacks with me, plus my Kindle, and read anything that I might have missed over the past few months. Anything fast-paced is great, as are funny, light-hearted books. When I was researching One Thousand Stars and You, I took a book called A Heavy Reckoning to the beach with me every day, which was all about the impact of limb loss in army veterans. It was fascinating, but not my typical go-to, and I did get some odd looks. Then again, that could have been due to my flamingo bikini!

Your favourite place to read?

In cold weather, my giant bean bag, with a blanket, a glass of red wine, and preferably a dog keeping each foot warm. When it’s warmer, out on the swing seat in the garden, with sun cream to hand, plenty of water, and preferably two dogs hiding in the shade underneath me. I also love a scented bubble bath with an audiobook playing. I’d take one of those any time of year.

Wow Isabelle, thank you so much for such a wonderful trail around your novel’s locations!!