The Edinburgh of What You Call Free with Flora Johnston

What You Call Free in Edinburgh

The Edinburgh of What You Call Free with Flora Johnston – What You Call Free intertwines the stories of two real historical women, Jonet Gothskirk and Helen Alexander, who lived in the turbulent society of lowland Scotland in 1687-8. To tell their stories I wanted to enter into their world, and an important part of that was being able to walk where they walked and see what they saw. This is particularly powerful when thinking about events in the novel which really took place. Although much has changed in the intervening three centuries, I found many echoes of Jonet and Helen’s world in the landscape and the buildings around me. 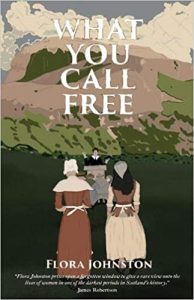 The novel was originally inspired not by a place but by an object: the sackcloth gown in the National Museum of Scotland which Jonet was forced to wear. It’s a real thrill to visit the museum and see the gown itself, and there are displays which allow you to find out more about the religious and political backdrop to the novel. 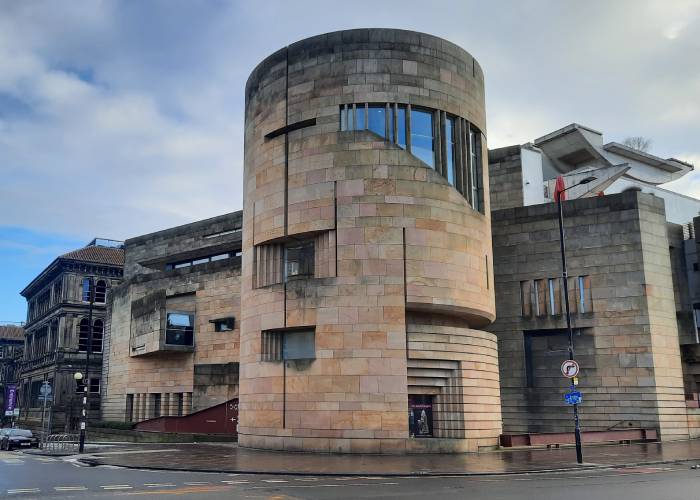 The first half of What You Call Free is set in and around the Pentland Hills, in a brooding, wintery landscape where fugitives sought cover and ordinary people sought to survive. The characters cross on foot back and forwards through the hills between two small communities, Pentland and Calder. Today little remains of Pentland village, but the old kirkyard is a peaceful spot with reminders of the Covenanting people who lived around here. 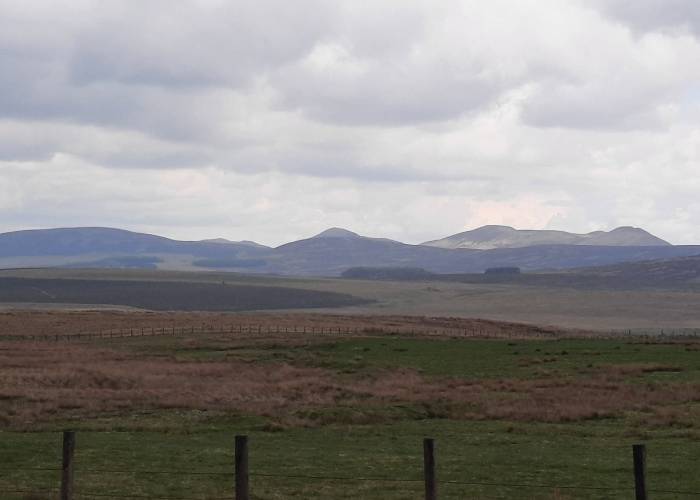 In the village of West Calder you can visit the roofless kirk where Jonet appeared dressed in sackcloth week by week to carry out her humiliating sentence. Although it’s now a ruin, it’s not hard to imagine what it must have felt like for her to walk through that door with the disapproving eyes of the congregation on her. 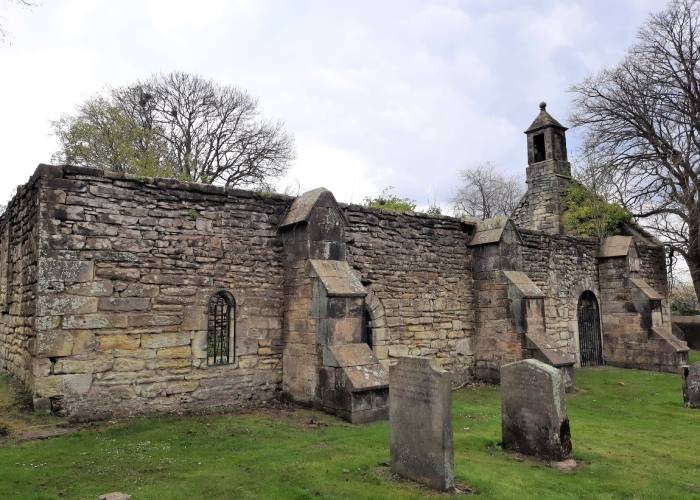 As the novel progresses the action moves to the nearby city of Edinburgh. In Edinburgh’s Old Town the past is all around you, in the narrow closes, the towering buildings, the breathtaking views. I grew up in Edinburgh and worked for a while in the National Museum of Scotland. Therefore, perhaps it’s not surprising that the whispers of the past have always seemed very real to me. Walk through the streets of Edinburgh and you’ll understand why.

Beginning at the foot of the High Street you are actually in the Canongate, which once lay outside Edinburgh’s city walls. It’s here in the Canongate Tolbooth, now the People’s Story Museum, that Helen Alexander was held in the dark filth of the prison. 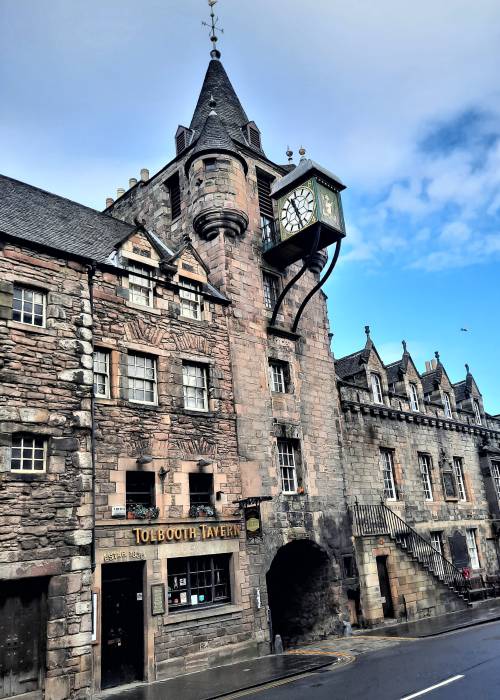 Further up the High Street, outside the grand kirk of St Giles, you need to look to the ground to find an iconic Edinburgh site. The Heart of Midlothian mosaic marks the spot where the old Tolbooth stood. This was once the bustling centre of this medieval town, surrounded by the kirk, the parliament, the courts and the marketplace. Don’t be surprised if you see the locals spit on it for luck! 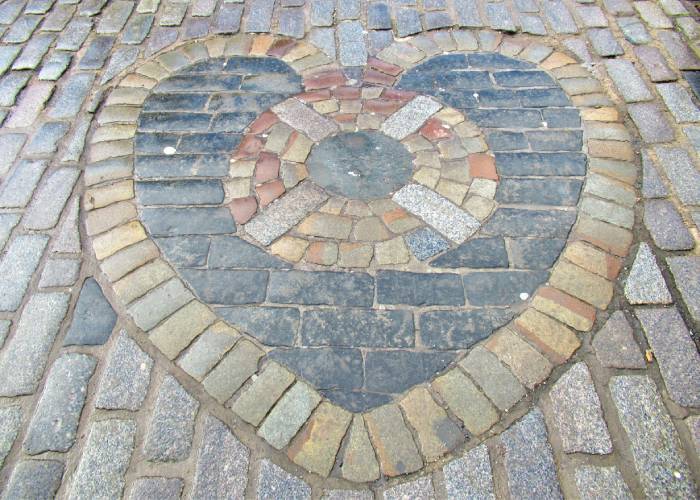 Greyfriars Kirkyard is perhaps the most evocative location in the story of What You Call Free. This historic kirk is now best associated with the story of Greyfriars Bobby (and you can see his statue just outside). However, this was also the site of the signing of the National Covenant.  Today you can visit the Covenanters’ memorial here. 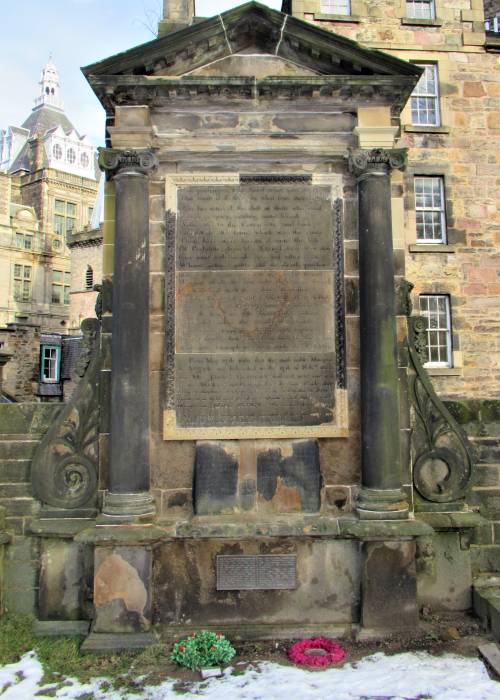 Walk down from Greyfriars to the Grassmarket, and you really are in the heart of old Edinburgh. Once a busy marketplace, this was also the site of the scaffold on which many Covenanters were executed. 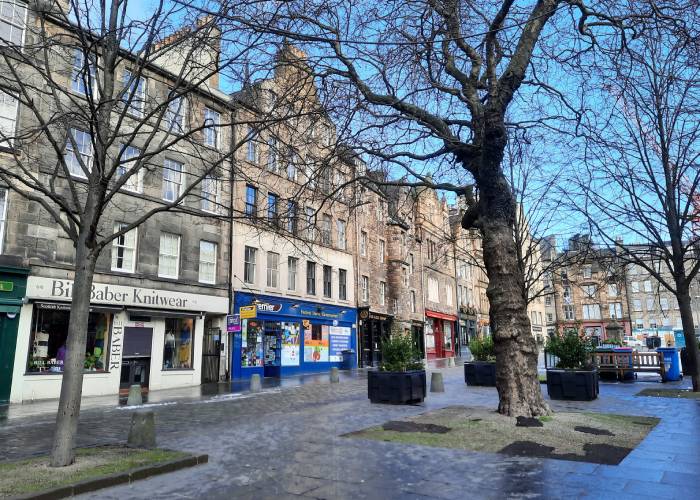 I had been familiar with these locations all my life. However, they took on a new resonance as I explored them afresh with Helen and Jonet’s stories in mind. It’s wonderful that through the Book Trail readers will have the chance to do the same.

Wow that was a wonderful booktrail around your novel’s settings, Flora. Thank you so much!