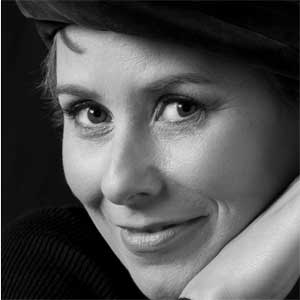 Today I am standing in a marbled hallway, paintbrush in hand, floppy artists hat on my head as I wait to meet Kim Devereux, author of the new and amazing novel about Rembrandt and the women in his life. I’ve been instructed by a man in a cape to stand very very still, hold this bowl of oranges in one hand and a paintbrush in the other whilst looking into an ornate mirror hanging on the wall. It will allow me to see inside the world of Rembrandt I am told. I’d rather just meet Kim, I reply. He laughs, disappears with a flourish of cape and paint splatters but not before leaving a plate of Hutspot behind (see 2nd picture below)  This is a plate of Hutspot a hutspot (a kind of hotchpotch) with some diluted beer. They did not drink water because it would probably make you ill with its bacterial load so the drink of choice was diluted beer.

As I marvel at the food, a curtain swishes before me and parts theatrically. Then the faint noise of a trumpet and I am invited to enter Rembrandt’s rooms to meet Kim –

Hi Kim – It’s so nice to meet you! Thank you for giving us an insight into the world of Rembrandt. How did you research your novel?

I’ve been fascinated by Rembrandt’s works and life since my twenties. I studied his art as part of my history of art degree and then also while working in television. I researched a documentary proposal about Rembrandt. This is how I met experts, such as Ernst van de Wetering the chair of the Rembrandt Research Project and archivist and historian Bas Dudok van Heel. I was struck by how everyone seemed to have a slightly different take on Geertje Dircx’s character. She was his house keeper and dry nurse to his son Titus. Most seemed to blame her in some way. I also empathized with her but perhaps in the end I too became so enamored with Rembrandt that I too did not portray her very sympathetically. It is interesting to think what the story would be like if told from her perspective. 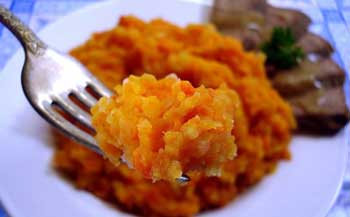 As regards Rembrandt I was particularly influenced by Ernst van de Wetering. He had studied Rembrandt’s works, for over thirty years. He told me to be careful and not perpetuate the many false myths that abound about Rembrandt, for example that he was no longer famous or highly regarded when he died. Rembrandt, for example, still received a visit from royalty, Prince Cosimo, a few years before his death. Perhaps movingly of all, the South German art-lover Bucelinus commented on the fifty-eight-year-old Rembrandt with the words ‘The miracle of our Age.’ He did so in his list of ‘The Names of the Most Distinguished European Painters’. Rembrandt’s was the only name out of 166 to attract such a tribute.
Ernst also influenced me with his emphasis, as he put it ‘you must be cold and methodical’, in other words not to romanticize things. However, a few sentences later he said, ‘What a blessing, each time I see one of his works.’ I have tried not to write anything in contradiction of the fact but perhaps I have added emotion. My own sense is that the purpose of a historical novel is not just an entertaining way of re-iterating facts but to also explore a human question and in order to do so one has to imbue each and every character with life.

Another very important source is a book called ‘The Rembrandt Documents’. It list the hundreds of documents associated with Rembrandt’s life, legal documents and the list of his possessions for example.

I read of course widely about Rembrandt and about his time. I visited Amsterdam several times and I went to see the paintings themselves, forming my own opinions about them.

They inspired the novel just as much as the historical facts. I also read a lot about Samuel van Hoogstraten, especially a book by Thijs Westerstein calledThe Visible World.

What did you find out about Rembrandt that shocked you? Surprised you?

I was shocked that he had Geertje, his housekeeper locked up in the equivalent of a lunatic asylum. I was even more shocked to find out the lengths to which he’d gone to keep her there. Although it has to be said that there was a process involving witnesses that one had to go through to have a person confined to a Spin Huis. However, it is impossible to say if the witnesses were swayed by Geertje’s brother. What surprised me was the sheer volume of legal documents, disputes, financial complications. Rembrandt was still mired in legal wrangles for years after his bankruptcy trying to ‘rescue’ Titus’ inheritance. It must have been quite debilitating. What surprised me the most though, and what fuelled the writing of the novel is his late works. They communicate, even exude emotions of love and forgiveness. I could not understand how after going through so much he could create not only masterpieces but images that, I feel, can only have been created with a mind and heart that was open, present and deeply aware of what matters in life. The novel was my way of understanding how he got to this point.

You cleverly tell the story via the paintings and so both the story and history of Rembrant’s world comes to life. Do you have a favourite Rembrandt painting. What is it about it that you like and admire?

I have three favourites: The Kennwood self portrait (Kennwood House, Hampstead Heath), Isaak and Rebecca and Woman Bathing in a Stream.

I will tell you about Woman Bathing in a Stream. We do not know for certain but I believe it depicts Hendrickje. Love the way the brushwork is so free and bold, but what I like the most is how she is depicted. When Rembrandt depicts women they are never objectified. I would go as far to say they are always first and foremost a human being, whose emotions are available to us in a way that compels us to empathize.

It’s as if he does not look at her but he is with her. If a man were to look at me, that’s how I would want to be regarded. That is not to say that it is not a sensual portrait too. It is, look at the way the water laps at her ankles or how her body is revealed and yet hidden by the simple shift she is wearing. Her beauty is seen but at the same time she is free to be perfectly herself. I cannot think of many examples of photography of women or indeed portraits of women that navigate this balance between the human being and her allure as a woman so perfectly. So perfectly in fact that you find her beautiful for who she is (not everyone finds her beautiful, but I do). The other thing is that the women Rembrandt painted are not free from blemishes. They have garter marks on their legs, creases, bellies (which were a sign of beauty.) In short they were real women. How different would our world and life be as women if everyone depicted women the way Rembrandt did? 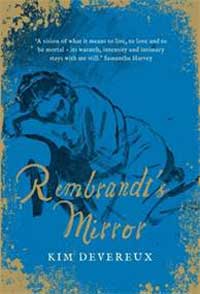 What do you admire most or dislike most about Geertje and Hendrickje. It must have been so difficult to have been a woman in those times?

Well, perhaps in some ways it was easier, (see question 4). I admire enormously the way Geertje stood up for her rights despite not being able to write. We know much less about Hendrickje, so I am answering this question about the character in the book. I admire the fact that she dares to love him despite the risk and that she has a curiosity that just will not be stifled. I like the way she goes from a guilt ridden Calvinist mentality to embracing her sexuality and refusing to subdue her senses. One theme of the book is about how attitudes to sex, women and love have been shaped by church doctrine, teachings and upbringing. I think it must have been very difficult for women in those times to embrace their sexuality in a positive and guilt free way. Even today it can be difficult.

Do you think Rembrandt was misunderstood?

Yes and no. Perhaps his greatness was not as widely recognized as it deserved, towards the end of his life. This was due to the fact that fashion changed and many preferred a finer, more detailed style of painting. But not all, he still received commissions and sold works. What I admire about him the most is that, I don’t think, he ever compromised as an artist, nor was he swayed by convention. I sometimes get the impression he did not even notice the conventions. This perhaps may have led to some misunderstandings and contemporaries being affronted by his art or behaviour. One example is the vast work of The conspiracy of Claudius Civilis. I was rejected, perhaps a bridge to far. It is so bold and extraordinary almost modern.

At the same time I think he was actually given quite a lot of slack, considering his financial shenanigans which bordered on fraud. Others would have had to leave town. There is, by the way, an interesting theory advanced by Paul Crenshaw that Rembrandt went to England for a year.

And with a flick of the paintbrush she is gone. Kim Devereux has shown me a world of art, of Rembrandt and of the world he lived in with several strokes of the pen and a flash of inspiration. Have you ever seen the worlds of art and literature mix quite like this?