Travel to Death Valley with Chris Cander and her piano

A wonderful treat in store today with Chris Cander who takes us on a journey into none other than Death Valley….oooh er….

Her novel The Weight of a Piano is largely set in this vast and fascinating atmosphere….

Travel to Death Valley with Chris Cander and her piano, right now! 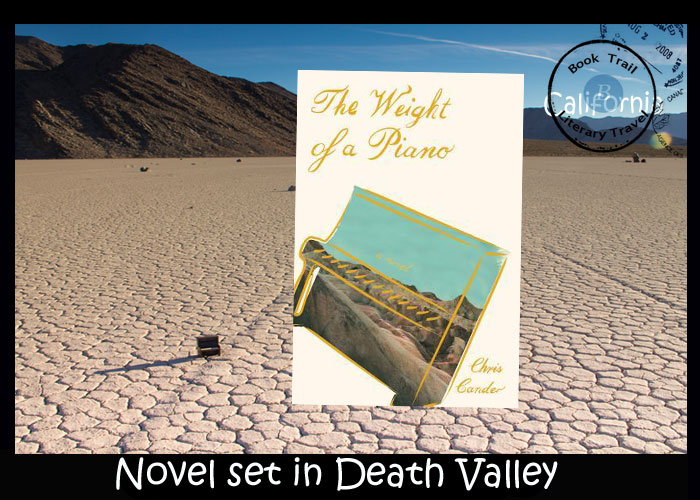 I’m compelled by the relationship my characters have with the world around them: how their psychologies are informed by their geographies, whether they feel at home or out of place, how they engage with or rebel against a particular locale. Place is more than mere physical backdrop for a narrative; where (and when) a story unfolds is an essential and inexorable part of its shape. Though The Weight of a Piano features three settings–an oil town in California, Soviet Russia, and Death Valley National Park–the bulk of the novel takes place in the latter.

In that part of the story, Clara, an auto mechanic and owner of an antique upright Blüthner piano that she can’t play, ends up in the park with Greg, a Russian-born photographer who’s featuring the Blüthner in a series of images taken throughout the park over the course of a week. Their journey is a struggle for many reasons, not the least of which is the discovery of how they are linked not only to the piano, but to each other. 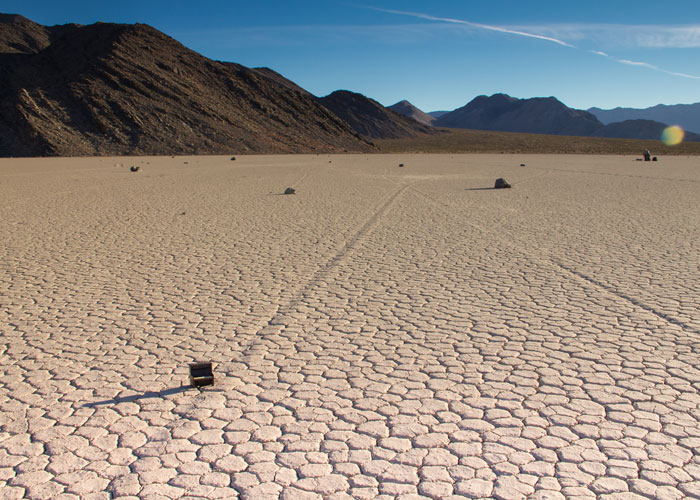 Even the most spectacular photos of Death Valley National Park don’t do the place justice. I know this because I studied hundreds of them as I wrote the first draft of my novel, and felt like I’d developed a fairly reasonable intimacy with the park that way. At the time, I didn’t have the resources to see it in person–though I desperately wished to. That meant I had to rely on the images and insights from professional photographers. I also dragged the little yellow Pegman around Google Maps Street View for hundreds of miles, hours at a time. Well, I had to  make sure the itinerary I’d planned for my characters would work and trying to imagine what the park looked like in between its breathtaking landmarks. 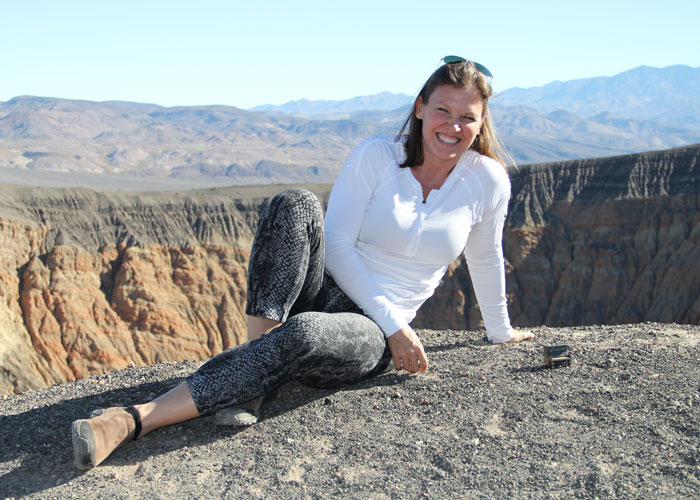 Chris and the “mini Blüthner” on the edge of Ubehebe Crater.

Then something wonderful happened: one of the photographers who’d been advising me announced that he had a last-minute opening on a four-day photography workshop in the park. Coincidentally, they were going the exact week that my characters did in the book, and to the exact same locations. Even better, a gallery I work with sold a piece of artwork I’d collaborated on. I received a check for my portion, which exactly covered the cost of the workshop. So I booked my tickets and packed my bags.

None of the research I’d done adequately conveyed the unique scale and majesty of Death Valley National Park. In fact, as helpful and necessary as that preliminary work was, it wasn’t until I was actually there that I realized how many essential details I–and the novel–would’ve missed if I hadn’t gone. How would I have known how the fine dune sand squeaks beneath your feet? How would I have known how quickly the shadows swallows the basin when the sun dips behind the Funeral Mountains? 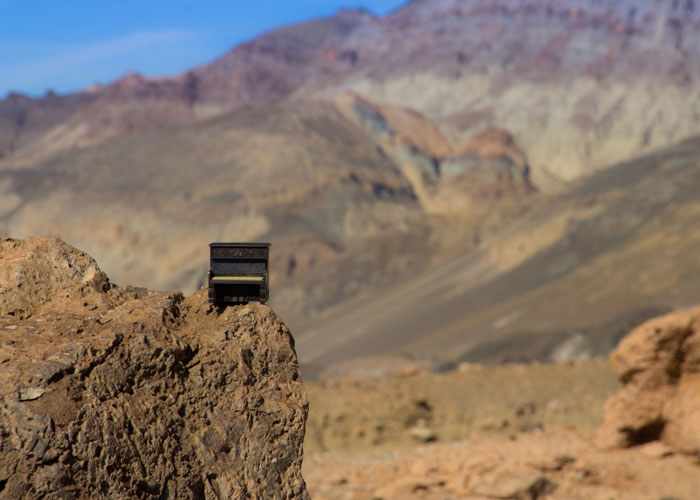 On Rhyolite Road, looking south toward the Amargosa Desert.

I wouldn’t have known that you can walk for miles across an ancient lakebed and feel like you aren’t going anywhere, or what it feels like to stand at the lowest point on earth and crane your neck to see the sea level marker 292 feet above, or that you have to set your jaw while driving on the washboarded road from Teakettle Junction to Racetrack Play to keep from chipping your teeth.

How would I have known whether there is cell service at the top of Ubehebe Crater, or which peaks on the Panamint range have the best overlooks? I wouldn’t have known what lenses to use to capture the texture of Zabriskie Point against the eternal stretch of raw blue sky overhead. I would also have missed that the cool November air carries the scents of dry earth, creosote, and mesquite brush. 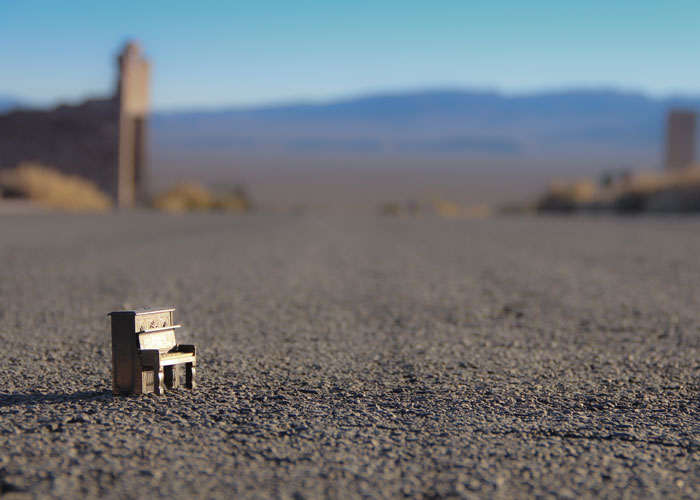 Before the trip, I bought a tiny, antique metal pencil sharpener that looked like the piano in my novel. I carried it in my camera bag and photographed it in each of the settings that Greg shot the eponymous five-hundred-sixty pound, Czarist-era Blüthner. Employing Russian theater director Konstantin Stanislavsky’s acting technique, in which actors portray emotions on stage by putting themselves in the place of the character, I was able to better understand the journey that Clara and Greg took through the desert. Recreating that week allowed me to correct some technical mistakes I’d made and strengthen the narrative in places where it lacked.

Could I have written the book entirely without ever experiencing the incredible sights that my characters did? Certainly. Probably few people would have noticed the gaps in my knowledge; the Venn intersection of professional photographers + Death Valley experts + readers of literary fiction is likely small. But I’m so glad I didn’t.

Thanks for this amazing visit to Death Valley!

BookTrail Boarding Pass: The Weight of a Piano