The Weight of A Piano 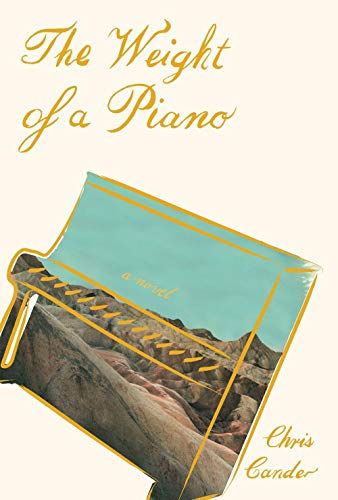 In 1962, in the Soviet Union, eight-year-old Katya is bequeathed what will become the love of her life: a Blüthner piano, built at the turn of the century in Germany, on which she discovers everything that she herself can do with music and what music, in turn, does for her. Yet after marrying, she emigrates with her young family from Russia to America, at her husband’s frantic insistence, and her piano is lost in the shuffle.

In 2012, in Bakersfield, California, twenty-six-year-old Clara Lundy loses another boyfriend and again has to find a new apartment, which is complicated by the gift her father had given her for her twelfth birthday, shortly before he and her mother died in a fire that burned their house down: a Blüthner upright she has never learned to play. Orphaned, she was raised by her aunt and uncle, who in his car-repair shop trained her to become a first-rate mechanic, much to the surprise of her subsequent customers. But this work, her true mainstay in a scattered life, is put on hold when her hand gets broken while the piano’s being moved–and in sudden frustration she chooses to sell it. And what becomes crucial is who the most interested party turns out to be. .

Even the most spectacular photos of Death Valley National Park don’t the place justice.

At the time, I didn’t have the resources to see it in person–though I desperately wished to–so I relied on the images and insights from professional photographers. I also dragged the little yellow Pegman around Google Maps Street View for hundreds of miles, hours at a time, making sure the itinerary I’d planned for my characters would work and trying to imagine what the park looked like in between its breathtaking landmarks.

None of the research I’d done adequately conveyed the unique scale and majesty of Death Valley National Park. In fact, as helpful and necessary as that preliminary work was, it wasn’t until I was actually there that I realized how many essential details I–and the novel–would’ve missed if I hadn’t gone. How would I have known how the fine dune sand squeaks beneath your feet, or how quickly the shadows swallows the basin when the sun dips behind the Funeral Mountains? I wouldn’t have known that you can walk for miles across an ancient lakebed and feel like you aren’t going anywhere, or what it feels like to stand at the lowest point on earth and crane your neck to see the sea level marker 292 feet above, or that you have to set your jaw while driving on the washboarded road from Teakettle Junction to Racetrack Play to keep from chipping your teeth. How would I have known whether there is cell service at the top of Ubehebe Crater, or which peaks on the Panamint range have the best overlooks? I wouldn’t have known what lenses to use to capture the texture of Zabriskie Point against the eternal stretch of raw blue sky overhead, or that the cool November air carries the scents of dry earth, creosote, and mesquite brush.

BookTrail Boarding Pass: The Weight of a Piano