THE HUNGER is a reimagining of the story of the Donner Party – a group of American pioneers who set out on a mission only to take the wrong path and find themselves in an impossible situation. 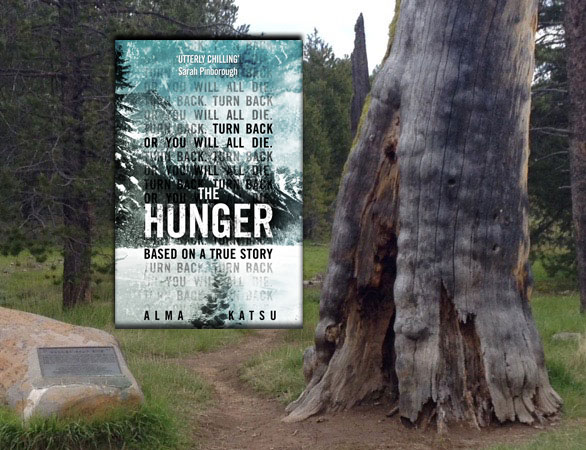 I’m happy to be at The Book Trail today to talk about THE HUNGER, partly because setting is such a big part of the book and this gives me a chance to talk about setting!

THE HUNGER is a reimagining of the story of the Donner Party. Since readers in the UK may not be familiar with this story, let me give this briefly description: In the late summer of 1846, a wagon train heads down a little-known route through the American West in the hope that it will shave hundreds of miles off the trek to California. Instead, it takes them through a near-impassable landscape that stalls them for weeks and puts them way behind schedule. And just as they arrive at the last mountain pass standing between them and their destination, the worst storm of the century hits. Out of food and already pushed to the point of starvation, they have only one choice if they want to survive. 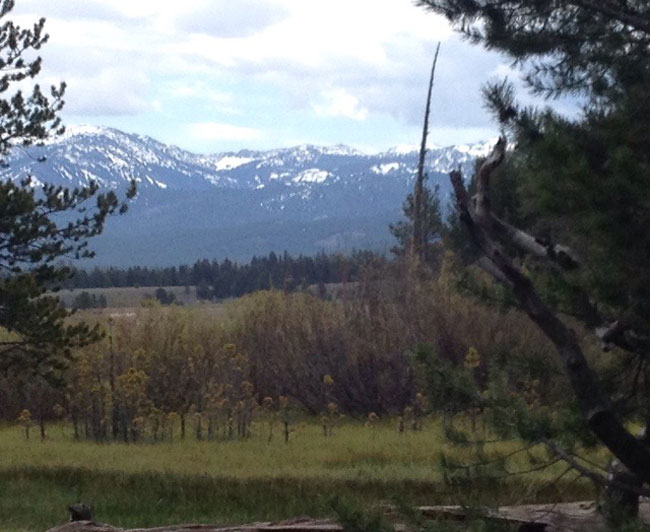 Granted, it’s already a pretty dramatic story. As I did the research, however, I noticed a weird pattern of bad luck. A sick old man traveling on foot was left to die alone in the desert; another man, worried that he was going to be robbed, went off to bury his treasure and was never seen alive again. They seemed cursed. And it got me thinking: what if this wasn’t just bad luck? What if they didn’t meet disaster in the mountains but had carried it with them from someplace much closer to home?

It took a lot of research to write this book. The physical challenge of crossing the American plains was a huge obstacle for the settlers but not something we think twice about today. Plus, I’m an East Coast girl and unfamiliar with that part of the country, so I decided to do a research trip, following part of the route taken by the Donner Party over 170 years ago. 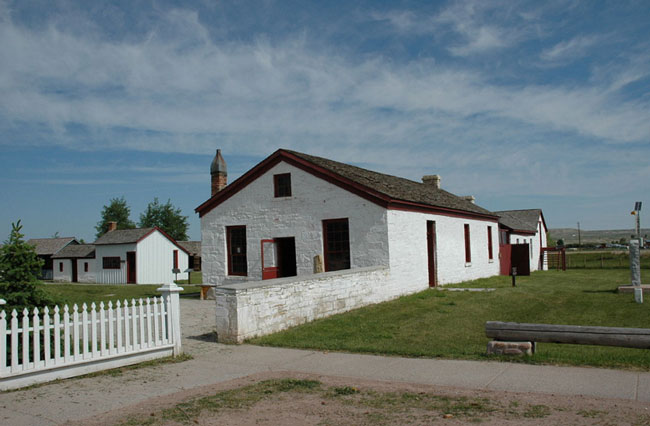 You can’t travel the exact route but you can get pretty close on the highway. I didn’t have time to make the entire journey, so I opted to do the second half. My husband and I flew to Salt Lake City to pick up the route at Fort Bridger, which is a Wyoming state historical site today. Fort Bridger is pretty infamous in the Donner Party story. The Greenwood cut-off, discovered the year before, meant Fort Bridger was no longer on the most-popular route to the Oregon Trail and the proprietors, Jim Bridger and Luis Vasquez, were desperate to get pioneers traveling through their outpost again. So, when the Donners showed up, asking if the new Hastings Cut-off (which ran right by Fort Bridger) was any good, they lied to the Donner Party and told them it would shorten the trip to California. The wagon party, weeks behind schedule, decided to take their advice. 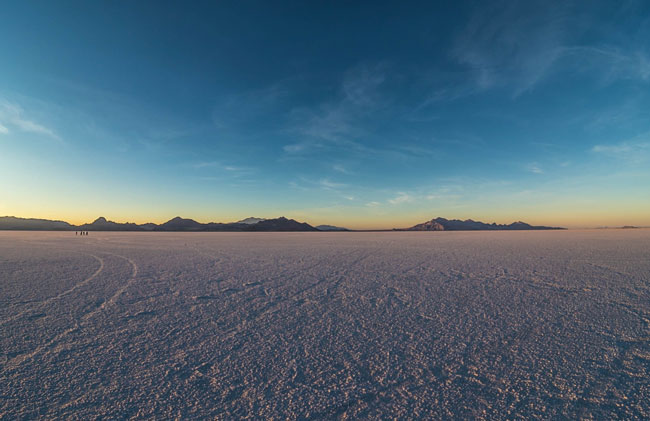 Another obstacle in their path was the Bonneville Salt Flats, known at the time of the Donner incident as the Salt Lake Desert. When the wagon train came across the salt flats, they didn’t know they would face forty miles without water or vegetation for the livestock. Records reflect that the desert may have extended for more than 40 miles at the time the Donner Party attempted to cross (perhaps due to weather conditions that year). The crossing was a disaster, with livestock going mad in search of water. They had to leave a lot of wagons behind, and settlers were forced to abandon their belongings and either continuing of foot or doubling up with a willing family.

Next came a long trek through the Great Basin, a slog through 400 miles of arid scrub brush. I was able to make the journey in a day and I spent the entire time marveling how the wagon party managed to make the crossing after the disaster at the salt flats. To call it desolate and inhospitable is an understatement. 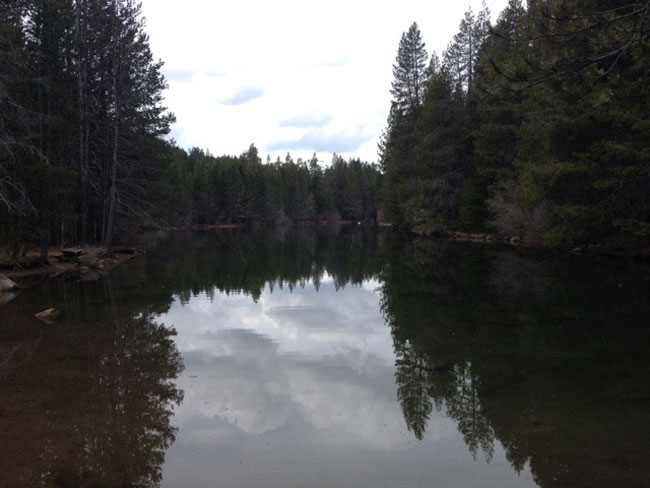 Eventually, the land starts to turn greener and lush as you approach Donner Lake (called Truckee Lake at the time, named for the Paiute chief). This is where half the wagon party was trapped by a freak winter storm that dumped feet of snow on them overnight and kept pummeling them for weeks. The other half of the party, the Donner families, also halted by snow, stopped several miles to the rear at a site now called Alder Creek. I spent quite a lot of time at the two locations. There’s a State park at Donner Lake with a lot of historical material. A huge memorial stands at the site of one of the cabins where the survivors took refuge but there’s a plaque embedded in the boulder that was the site of the other cabins (they literally built a lean-to against the boulder, using it was one of the walls). It’s a solemn place and on the day I visited—overcast, the lake as black as a pit—quite eerie.

The Alder Creek site is even sadder. Here you see the giant tree (half-burnt by a lightning strike) that the Donner families took shelter under. It’s quite beautiful, with a breathtaking view of the Sierra Nevadas—until you remember the number of people who starved to death here. 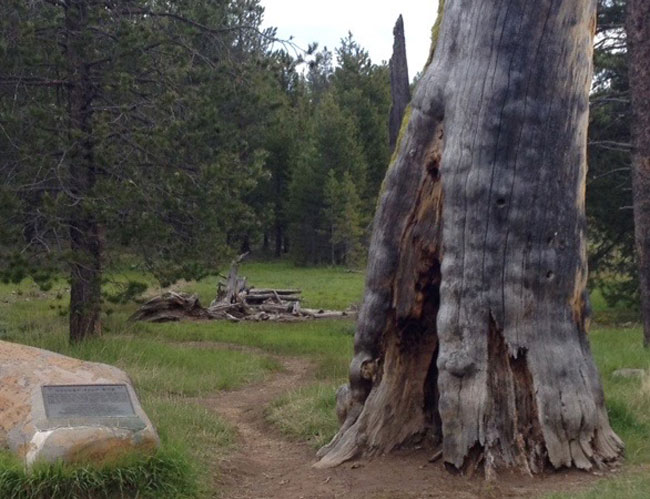 I hope this travelogue gives you a sense of what it might’ve been like for the doomed wagon party.

Thanks so much for having me!