Moonlight on the Thames – London at Christmas

Being a tourist in your own city – under the moonlight on the Thames….

That’s the travel theme today as the lovely Lauren Westwood  brings festive cheer to TheBookTrail. Early yes, but this is a lovely BookTrail across the capital city so totally worth it! And the fact Lauren has written a lovely personal guide to her literary London…. 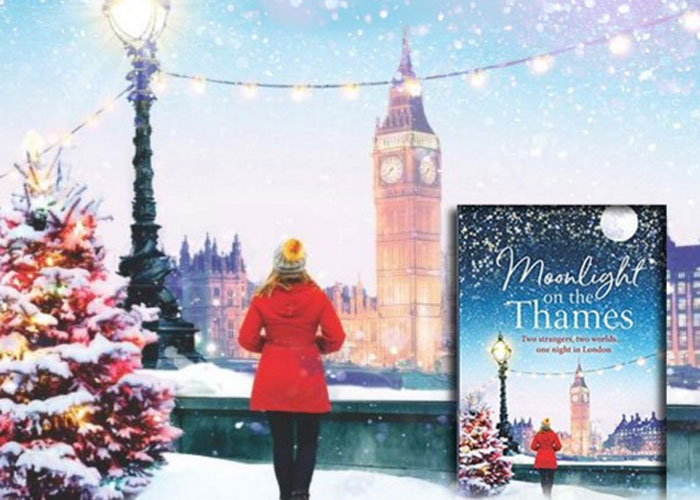 Sometimes, it can be fun to be a tourist in your own city. If you’re like me, you may spend a lot of time just getting from point A to point B without really appreciating what’s right there in front of you. This is certainly the case for Nicola, the main character in my new novel ‘Moonlight on the Thames’. Nicola is a high-flying partner at a London private equity firm. She doesn’t have time to sit back and enjoy herself, even if she wanted to – which she doesn’t. But Nicola’s life is about to change when she meets Dmitri, in an altercation at Waterloo Station. 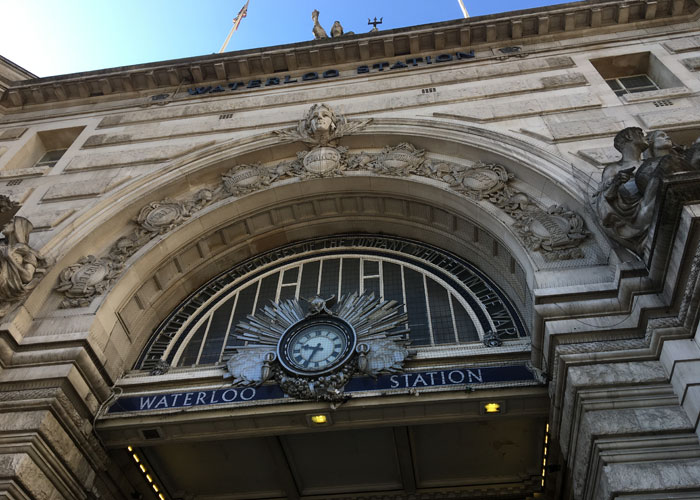 When I was editing the book, I took a morning off work to trace the steps of Nicola and Dmitri on the magical day they spend together going all around London. My original idea was that this scene was similar to the ghosts in A Christmas Carol taking Scrooge on a journey to the past, present and future, showing him the things he did not, or chose not to see.

Although I am not a native Londoner, I have lived in or near the city for almost nineteen years. As such, it was quite interesting to have my eyes reopened to all that London has to offer.

I took the photos in this blog post on my day out. Though I was missing the company of a handsome Russian pianist, it was still a fun day out!

Nicola and Dmitri’s journey starts at Waterloo Station. ( see the beautiful east entrance facade. They then walk from the station to the south bank of the River Thames. At Christmas time, there really is a German-style Christmas market along the river. My walk, however, was on a lovely June day. 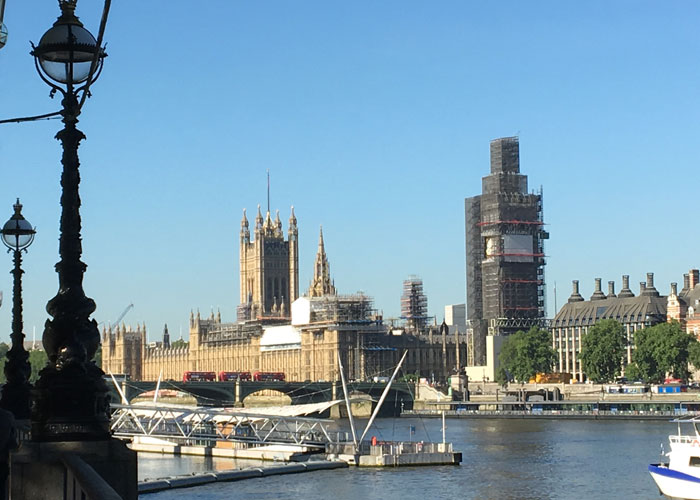 Below is the view from the South Bank looking towards Westminster Palace and Big Ben. I love the old-style lamp posts in this area, like the one on the cover of the book.

Nicola and Dmitri ride on the old-fashioned carousel. It wasn’t open when I was there, but it really is a lovely old relic. 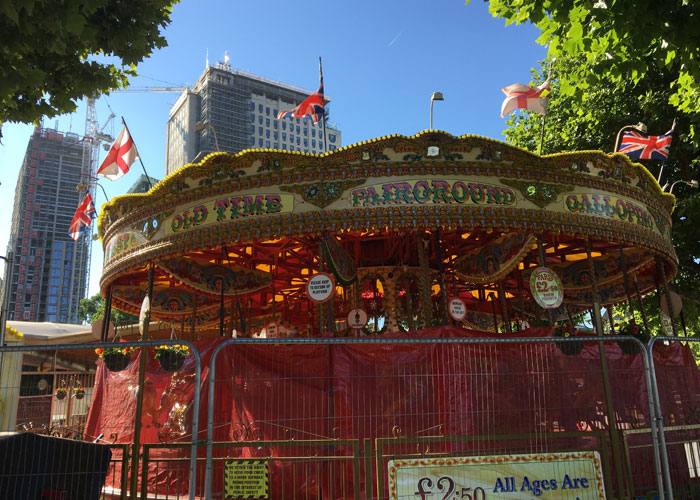 After spending time on the South Bank, Nicola and Dmitri walk across the Golden Jubilee Footbridge towards Charing Cross and Central London. This the view looking east that they would have seen from that bridge. At the far right is the Shard, and smaller towards the left is St Paul’s Cathedral. 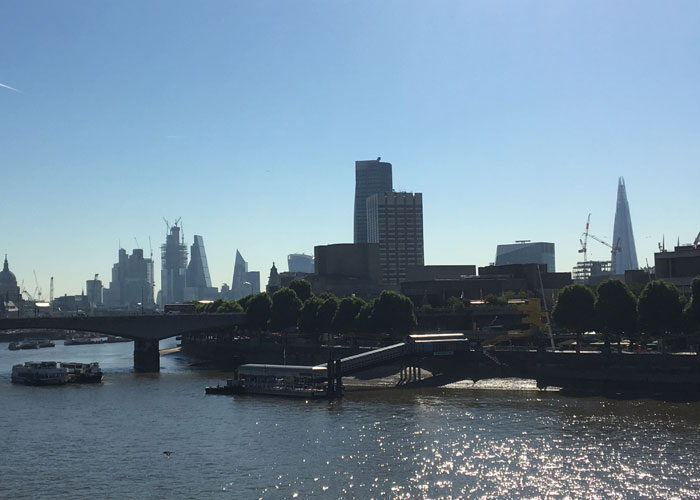 The next stop on the ‘Trail of Christmas Torture’ that Dmitri has set for Nicola is ice skating at Somerset House. Obviously there is no ice rink there in June, but it really is a special building and a magical place whatever the season. 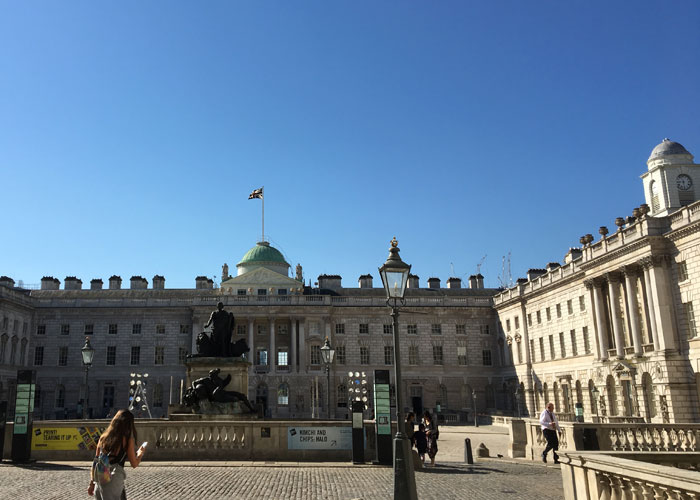 When the ice skating is over, the day takes a different turn. Dmitri takes Nicola to a homeless shelter where he conducts carolling at the Christmas lunch. Once temporarily homeless himself, Dmitri sees everyone as a human being, and tries to combat his own loneliness by helping others.

I didn’t base the shelter on a real shelter in this location, but on a walk through London, I ‘found it’ near an old abandoned underground station near Aldgate.

After serving lunch at the homeless shelter, Nicola is confused, fascinated, and a little angry at Dmitri. One thing’s for sure, though, the day is unexpected for both of them. All of a sudden, both of them begin to question the choices they have made, and their iron-cast reasons for being alone. 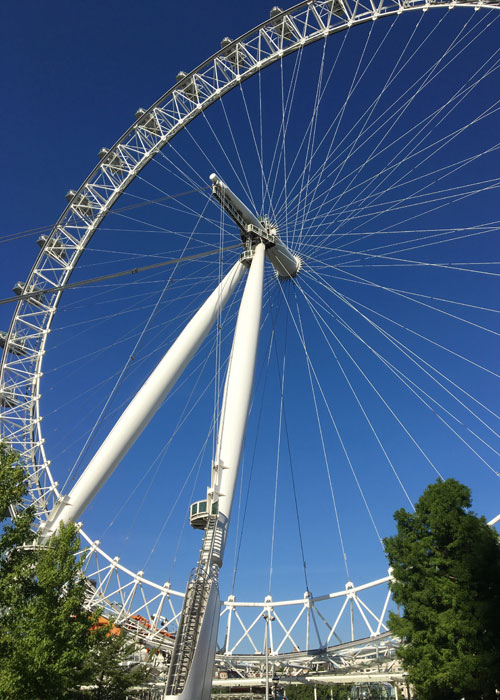 The last stop on their day together is the London Eye. It is both romantic and unsettling for both of them. Will they give in to the feelings they are developing for each other, or are there too many obstacles of the past to overcome?

I’ve seen the London Eye many times from afar, and I have also ridden on it once a long time ago. However, seeing it again up close reminded me what an magnificent piece of engineering it really is.

This is the poem by Wordsworth that is near the entrance to the London Eye.

Earth has not anything to show more fair:
Dull would he be of soul who could pass by
A sight so touching in its majesty;
This City now doth, like a garment, wear
The beauty of the morning; silent, bare,
Ships, towers, domes, theatres, and temples lie
Open unto the fields, and to the sky;
All bright and glittering in the smokeless air.
Never did sun more beautifully steep
In his first splendour, valley, rock, or hill;
Ne’er saw I, never felt, a calm so deep!
The river glideth at his own sweet will:
Dear God! the very houses seem asleep;
And all that mighty heart is lying still!

All in all, I had a fun day out retracing Nicola and Dmitri’s footsteps. London is such a beautiful city, and it helped me remember all the reasons why I moved there in the first place.  I hope that you’ve enjoyed accompanying me on this journey through London. Maybe I’ll take some more photos this winter, so I can give you even more of a flavour for the city that inspired ‘Moonlight on the Thames’.

Thanks so much for the summery tour though Lauren! Wait until the snow falls! And the moonlight of course…