I’m spending a lovely day with Rachel Hore today. I’ve not made a cake though but have instead popped out and bought some lovely croissants, good strong French coffee and some little biscuits wrapped up in foil to pop on the saucer. I am wearing a white cloth over one arm like in the best French restaurants as Rachel takes her seat on the terrasse outside. 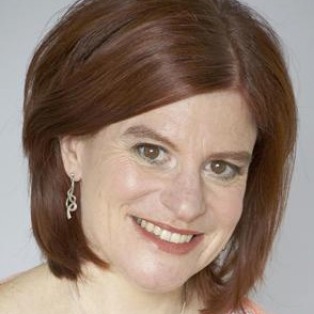 She’s brought her scrapbook complete with gorgeous photos with her which she compiled whilst researching and writing her latest (and very heartbreaking) novel set in 1930s and 1960s Paris. So Rachel, I’m dying to know what inspired you to write A Week in Paris and what you love about the city.

My initial inspiration for A Week in Paris became the very first scene of the book.  I had a picture in my mind of a small girl who had forgotten where she belonged. As I painstakingly worked out her story I discovered that she had come from Paris and bit by bit I learned what her experiences had been and how she’d ended up in an English orphanage.
I cannot pretend that Paris is untrod ground for writers of fiction, but then it lends itself in so many ways to the imaginative sensibility.  For a start, it’s hard to base a novel in Paris without in some ways it becoming a love story, romantic love between two people, of course, but also love for the pearly beauty of the city itself, a city for artists with its handsome boulevards, its graceful bridges across the silver ribbon of the Seine, its shaded parks, the canopied cafes in sunny squares, their tables laid ready with white linen. 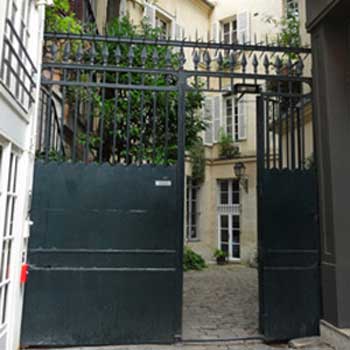 I simply longed to write my own impressions of all this.  There are at least two pairs of lovers in A Week in Paris and both come together because of the city they’ve come to as strangers and have fallen in love with at first sight. Julian Green in his book Paris writes of the pain of exile from ‘this secret city that I was carrying around inside me’.  Even a casual observer might catch a sudden glimpse of this hidden Paris through a gate left half open to reveal a garden,  the sight of a cool marble lobby before a door swings shut…. ….. a curtain in a basement blowing in a draught, showing the melancholy tableau of a table laid for one.  Who are the people who sit in this garden, mount the stairs from the lobby, who is this person who eats alone? What are their secrets?  Consideration of these questions makes a writer reach for her pen.

In June 1940, Kitty, in A Week in Paris, speaks of the pain of seeing Paris beautiful in the sunshine on the day she has to leave to escape the German invaders. Thousands of Parisians must have felt this as they joined the great Exodus during those days.  It’s hard for a Londoner, say, to imagine what it must be like to have their city taken over by an enemy, for the streets to be full of tanks and armed soldiers, who speak a foreign language, to have every aspect of one’s life and identity monitored, regulated, found wanting, to be in daily danger of violence, death or betrayal, not to be able to trust one’s neighbour or to speak the truth freely. 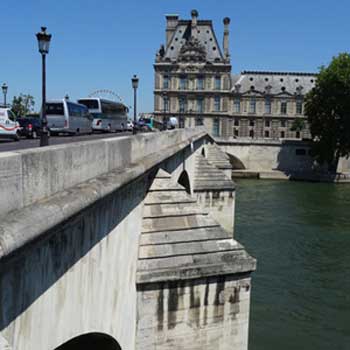 It’s the Occupation of Paris that fascinated me during the writing of this book. How did people survive and what did they lose to do so?  At this distance of time how should we judge Parisians who in order to keep their own families safe did not resist?  How many still kept their secrets close ten, twenty years after the war, and why did parents hide what had happened from their children, as Kitty did with Fay?  In A Week in Paris I try to lay such a secret bare.

And with that Rachel closes her photo album and the promise of a Paris with its secrets lying bare lingering in the air..

Thank you so much to Rachel for stopping by and sharing all her valuable photos and memories with us. We are very honoured indeed.

If you haven’t already picked up a copy of A Week In Paris – we cannot recommend enough that you do so asap – as well as being a fantastic read, it is a nod to Paris of the past, of the secrets it had (and still has if you look closely enough) and the history of its people and of their strength during wartime.