The capital of Reykjavík is the setting for much of Icelandic crime fiction. However, many other locations through the country have featured in novels, series and film adaptions. 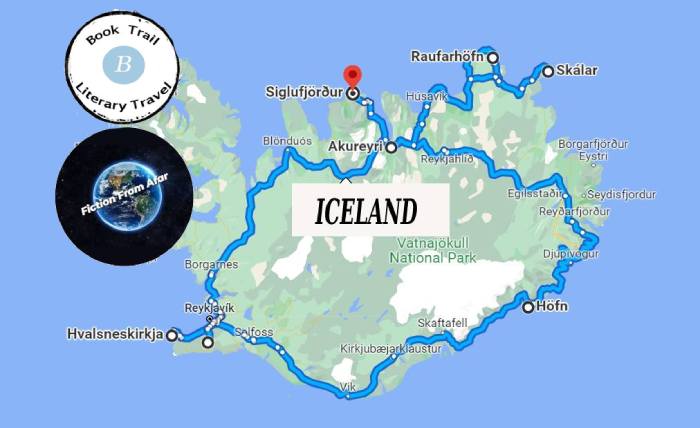 To tie in with Iceland Noir, here is a selection of locations around Iceland that might entice you to see more of the country. 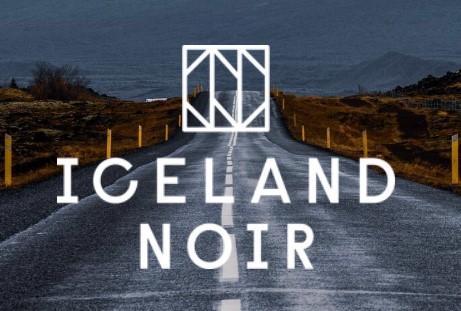 First of all, we have Akranes. Akranes is a port town and municipality on the west coast of Iceland, around 50 km (31 mi) north of the capital Reykjavík.  It sits at the tip of the peninsula separating the fjords of Hvalfjörður and Borgarfjörður. As for the lighthouse, this is actually in Breiðin (only recently opened to the public) and has fantastic views over the bay. Luckily, improvements in transportation has seen increased visitors from the Reykjavík area. One of these was  the 5.57 km-long (3.46 mi) Hvalfjörður Tunnel, opened in 1998, one of the world’s longest underwater road tunnels 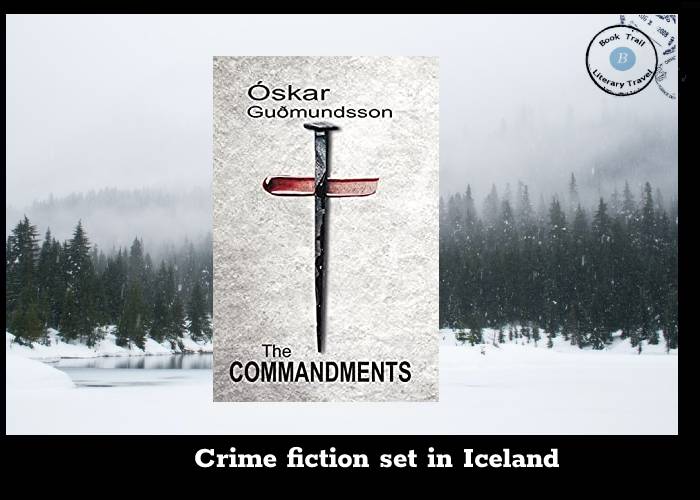 Akureyri is Iceland’s Northern Capital and the fourth-most-populous town in Iceland. It is located just 100 kilometers away from the Arctic Circle. Centrally located, the 1940 Akureyri Church has stained-glass windows portraying scenes from Icelandic Christian history. To the south,  are the Akureyriare Botanical Gardens.

Books: The town and is the location for The Commandments by Óskar Guðmundsson and the church features within the storyline. 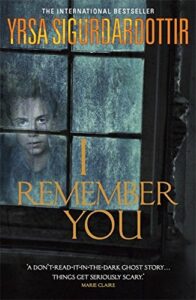 Hesteyri is a hamlet in the Icelandic Wesfjords. This is a large peninsula in north western Iceland facing the east coast of Greenland. Hesteyri is a true Icelandic wilderness area.  Undoubtedly, it is the ideal place for spotting birds and arctic foxes in their natural habitats.

Books: Hesteyri is the setting for I Remember You a 2017 Icelandic mystery-horror novel by Yrsa Sigurðardóttir which was adapted to film. 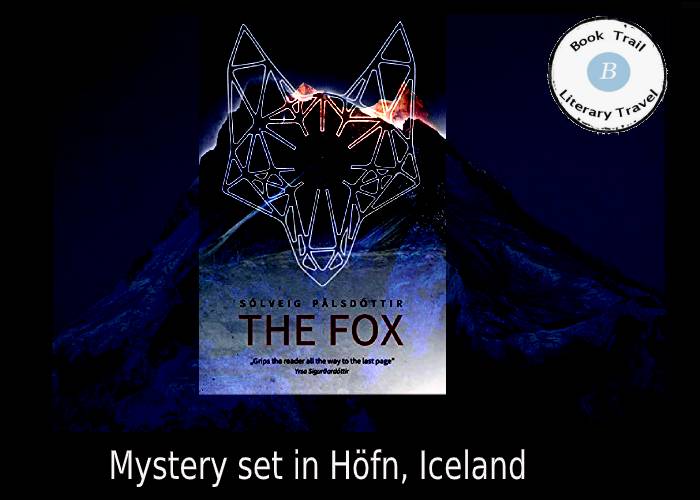 Höfn or Höfn í Hornafirði is an Icelandic fishing town in the southeastern part of the country. Situation wise, it lies near the Hornafjörður fjord and is the second largest in the south-east. Most importantly, it offers scenic views of Vatnajökull, the biggest glacier in Europe.

Books: The small town is where The Fox by Sólveig Pálsdóttir is based as Police Detective Guðgeir Fransson who has moved from the city, then looks for a missing Sri Lankan woman. 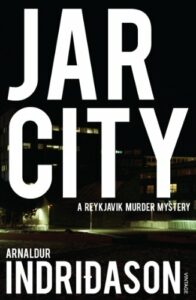 Hvalsnes is on the westernmost part of the Reykjaness Peninsula. Its unique story comes from its church which was consecrated on Christmas Day 1887. Inside this church is the gravestone of Steinunn Hallgrímsdóttir who died when she was 4 years old in 1649. She was the daughter of Hallgrímur Pétursson Iceland’s most important psalmist and poet. In addition, he was the priest at the parish in Hvalsnes.

Books: The church and its cemetery play a central role in the conclusion of the movie adapted from the novel Jar City by Arnaldur Indriðason. 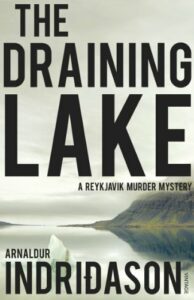 Kleifarvatn is the largest lake on the Reykjanes Peninsula in Iceland, situated in the southern part of the peninsula. Surprisingly, the lake has no visible water coming in or going out as most of its water comes and leaves underground. In 2000, the lake began draining away following an earthquake. In the novel, the dropping water level reveals a body long hidden in the lake.

Books: The lake features in The Draining Lake by Arnaldur Indriðason 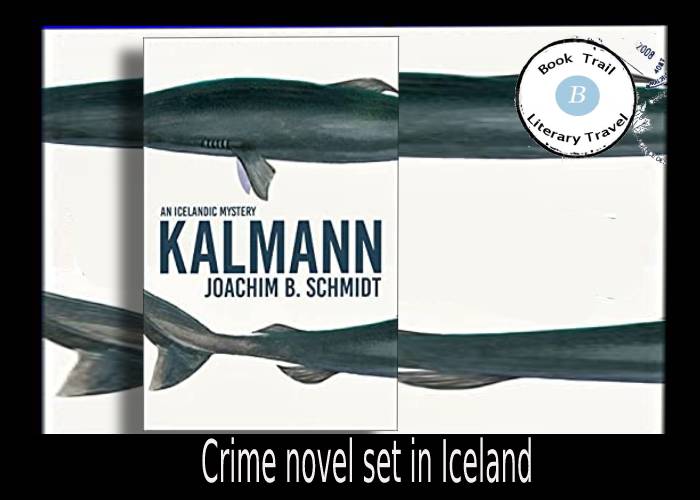 Raufarhöfn, a small fishing village located on the northeastern coast of Iceland located on the northeastern tip of the Melrakkaslétta peninsula in Iceland. Fishing and birdwatching are popular and the location offers a front-row seat for enjoying the midnight sun in summer and northern lights in winter. On a small elevation at the edge of the village, the Arctic Henge is being constructed. This is a huge stone sundial with allusions to mythology and folklore, designed to interact with the unique natural light in this village at the edge of the arctic.

Books : Raufarhöfn is the setting for Kalmann by Joachim B. Schmidt 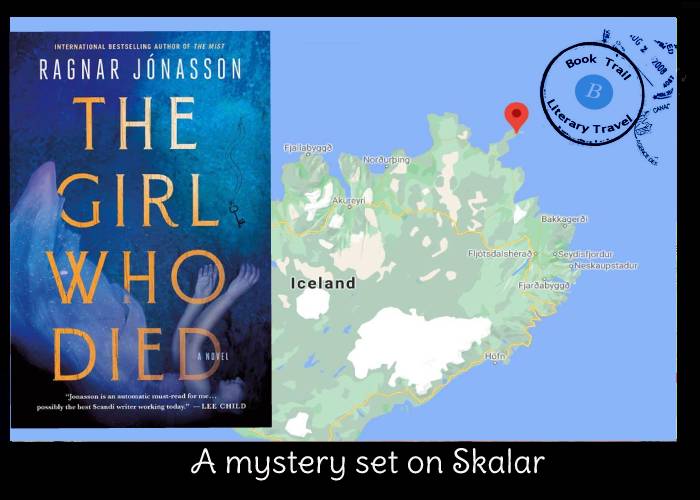 Skálar is a ghost town on Langanes. Langanes is a 40 km long peninsula stretching into the ocean from Iceland’s Northeast corner. In addition to being an enchanting nature pearl with teeming birdlife, Langanes is a virtual outdoor museum holding fascinating remains of a time gone by.  A thriving community, whose livelihood depended on the sea.

Books: The Girl Who Died by Ragnar Jónasson is a story about young woman seeking a new start. However, secluded Skálar’s small community is desperate to protect its secrets. 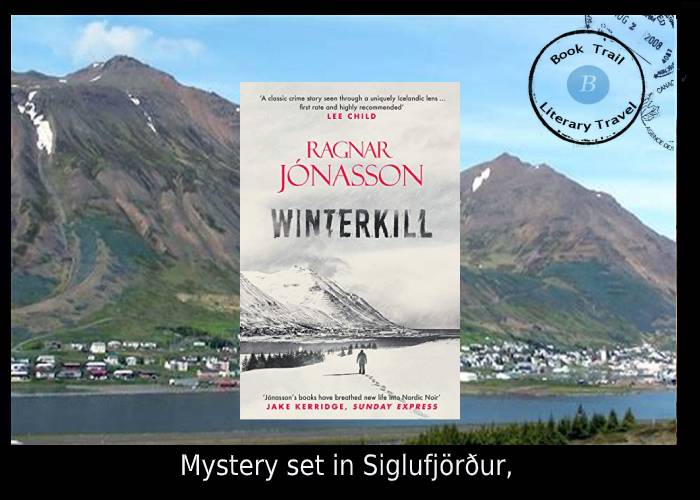 Siglufjörður is a small fishing town in a narrow fjord on the northern coast of Iceland. The majority of the series was filmed in the fishing village of Siglufjörður in North Iceland. In the old days, the village was very isolated. Not suprisingly, it was hard to get around because of the steep mountains surrounding the town.

The tunnels are 11 km (6.8 mi) long. First created to connect Siglufjörður and Ólafsfjörður with the region of Eyjafjörður in the east.  In October 2010, the tunnel officially opened. Nevertheless, this was not the first bridge of its kind. Many years earlier,  the Strákagöng tuennel, had been created. Furthermore, this had been the town’s only road connection open year-round.

Books – Siglufjörður is the setting of both Ragnar Jónasson’s Dark Iceland series featuring Ari Thor and the television series Trapped. 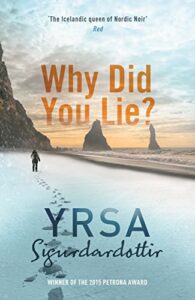 Thridrangaviti means “three rock pillars”. The Thridrangaviti lighthouse is isolated atop a 120 ft-high rock near the Westman Islands. The lighthouse was built in 1938 by workers who climbed up the rock. It’s quite possibly the most isolated lighthouse in the world and is precariously perched with the wild waves of the cold North Atlantic ocean raging below.

Books- Why Did You Lie is a great suspense mystery by Yrsa Sigurðardóttir that is set here.

Vík is the southernmost village in Iceland, located on the main ring road around the island, around 180 km (110 mi) by road southeast of Reykjavík. In 1991, the US journal Islands Magazine counted the beach at Vík as one of the ten most beautiful beaches on Earth. However its stretch of black basalt sand is one of the wettest places in Iceland. .

Books-  Created by Baltasar Kormákur and Sigurjón Kjartansson, this is the location of the Icelandic mystery-drama television series Katla.  Kjartansson , Davíð Már Stefánsson and Lilja Sigurðardóttir wrote the series. 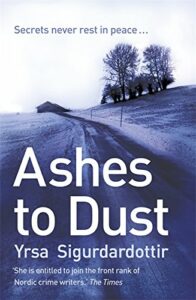 The Westman Islands are an archipelago of 15 islands and 30 rock stacks about 4.5 miles off the South Coast of Iceland. The largest, Heimaey Island, is also the largest and most populated island of the Westman Islands. Furthermore, it is the biggest island off the Icelandic coastline.

Books – Harm by Sólveig Pálsdóttir features this location. This is the very place where characters from the novel take a camping trip. As for Yrsa Sigurðardóttir’s third book, Ashes to Dust  the location is a small fishing village on the islandsand is the place where a volcano erupted in 1973. Inspired by an archaeological dig excavating houses from underneath massive layers of ash, this place became known as the Pompeii of the North.

With many many thanks to Duncan Beattie of Fiction from Afar. Such a fascinating trail!