A postcard from TA Williams in Venice….the sun shining, the gondolas bobbing on the Grand Canal and a dream of a city built on water…

There are lots of reasons really. First, it’s a totally unique city, with canals for streets, amazing historic buildings everywhere you look and its very own atmosphere that’s different to anywhere I’ve ever visited before. It’s crying out to be the setting for a book. Second, although I lived in Italy for eight years a long time ago, I only used to visit Venice for a few hours at a time on business trips, but I already knew I wanted to use it as the setting for a book. Third, and most important, Venice has an expiry date…. 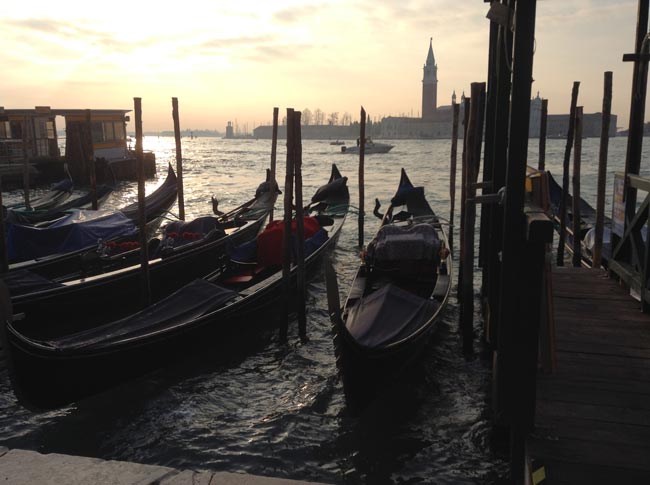 The magnificent palazzi, squares, churches, bell towers and the cathedral of St Mark are built on top of wooden piles. Yes, that’s right, the foundations of Venice are, for the most part, made of wood. Sooner or later they’re going to rot away and the wonders of Venice will sink beneath the waves. And don’t let’s even begin to think about the effects of global warming… Polar bears aren’t the only ones who’re going to find themselves homeless in a few years’ time.

They say you should write about what you know and the best way to get to know a place is to go there. The complication was that quite a bit of the action takes place in a five star hotel and my experience of that sort of hotel is very limited. So, I started looking at prices for a few nights in a luxury hotel, and some of the results made my eyes water. Luckily, I had decided to set the book in bitterly cold midwinter and, as a result, there was more choice and the rates were more acceptable. Miraculously, I found a deal with British Airways that allowed me to stay in the legendary Hotel Danieli, right on the waterside by the Grand Canal. If you want to see more of it, watch a film with Johnny Depp and Angelina Jolie, called The Tourist. That takes place in the Danieli and the hotel’s surroundings are really fit for film stars (rather than writers on a tight budget!). 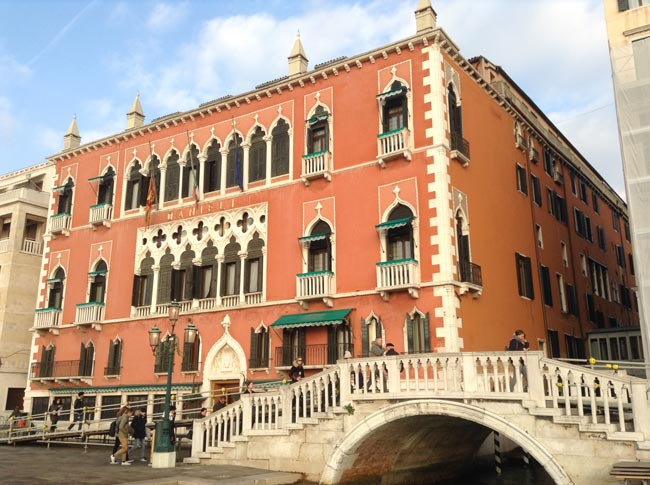 While I was there I travelled all round the city on the waterbuses, the vaporetti, from which you get fabulous views. You can see in through the windows of some of the patrician houses and admire the sculpted and often painted ceilings within. The boats also serve the outlying islands – Venice isn’t just a city on a single island, surrounded by water. It’s part of a series of almost a hundred islands, scattered all over the lagoon. I visited Murano, famous for its glass craftsmen, and Burano whose multicoloured houses and perilously leaning bell tower are a delight. After my time in Italy, I speak the language pretty fluently, so I was able to talk to some of the locals and some of the stuff they told me made it into the book. 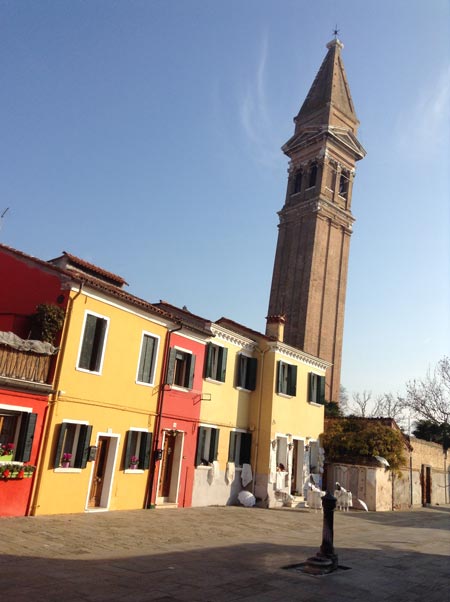 Of course, there was other, equally important, research to be done while I was there. You see, the region around Venice is famous for its wines and one of the best-known is that British favourite, Prosecco. Naturally I needed to check this out along with other regional wines, as well as the local food. Not surprisingly, as Venice is on the water, fish appears on most menus and I had some wonderful fish dishes. My favourite was probably fritto misto; a mixture of lightly battered and fried fish, prawns and octopus. The hearty stews accompanied by polenta were great, the ice cream superb and the breakfasts at the Danieli out of this world. I’m afraid that I returned from Venice with an extra few pounds under my belt, but it was all in the name of research. Honest…

I hope my love for this very, very special place shines through when you read Dreaming of Venice. In many ways, the city is the hero of the book.

With many thanks to Trevor for this sunny delightful insight into the magical city of Venice!