Ready for a historical trail into the time of Charles II?

Cryssa Bazos in on hand to take us to the sights in the novel Traitor’s Knot and to immerse us in the sights, sounds and landscape of where the story and the story behind the story takes place 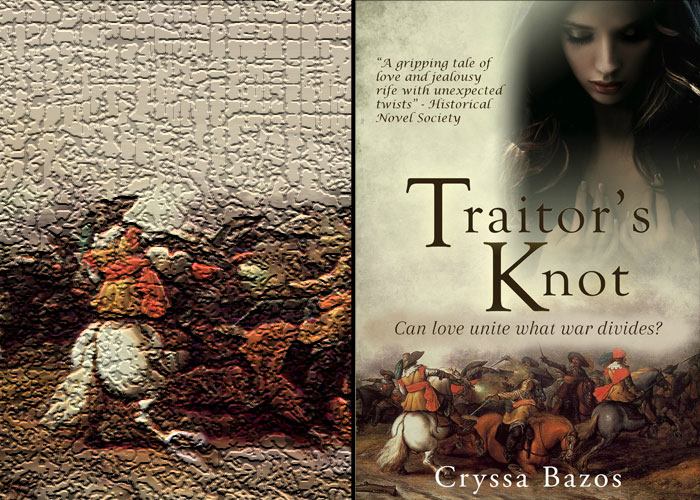 The story in the book is real. Charles II did flee in the manner you describe? Can you tell us more about this and why you wanted to write about this?

The escape of Charles II is an incredible true adventure that reads like a thriller. For six weeks, a young Charles disguised himself as a peasant and travelled from one safe house to another, moving from Staffordshire to West Sussex to escape Oliver Cromwell’s army. At the end of that long odyssey, he managed to find safe passage to France. What really resonated with me about this episode was how clever and resourceful he had been to evade his enemies when they were beating the countryside for him and had a thousand pound reward on his head. He proved to be adaptable, and at times, took on the role of servant, eloping bridegroom, and woodcutter. Here was a young man, pampered and coddled by nobles and servants his entire life, who managed to reinvent himself as a commoner. He learned to live and speak in the manner of a country man, and seized the opportunity to get to know his people. The experience changed him, and he never forgot those who had risked their lives for him. 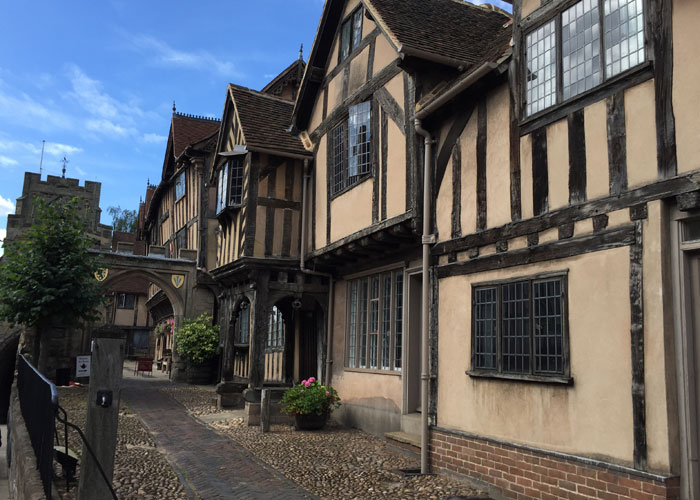 Have you been to the locations where he hid or fled?

Charles’s great escape started in Worcester when he fled from the disastrous battle, and I’ve visited there on more than one occasion. My made my first trip to Worcester to specifically walk in Charles’s footsteps and better understand how he had escaped from the city. Sometimes you can get a sense of place and scale from the records you find online, but Worcester was a little different for me. I felt that I really needed to be there, to spend an afternoon exploring the old streets and the Commandery, which was then used as a Royalist headquarters. I retraced the route that Charles would have fled, from Sidbury gate (it’s no longer there, but there is a plaque to mark the spot) to St. Martin’s gate. The house where he was supposed to have stayed is now a pub serving excellent pies and chips. I was struck by how close everything is. Sidbury to St. Martin’s Gate was not a great distance, but with the press of armies fighting in the streets, this would have been a treacherous stretch. 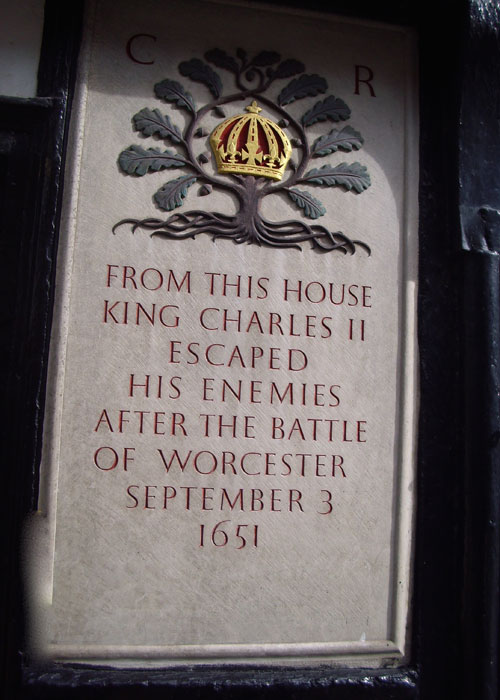 The last time I visited Worcester, I stayed in the old town and being in a rush to get to an appointment, my shoe caught the edge of a cobble. Down I went and broke my hand. As I sat with an icepack trying to figure out how to get to the closest hospital, I realized that I was on the very street where Charles would have fled. Nearly 400 years later, Worcester is still treacherous for Royalists. 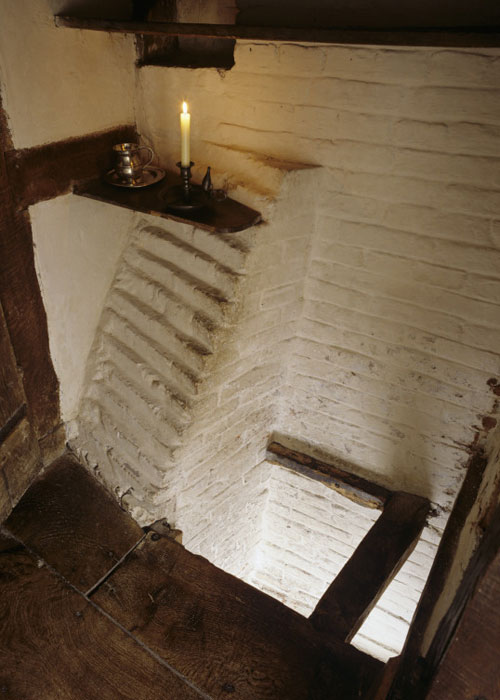 I haven’t had a chance to visit Moseley Old Hall where Charles hid in a priest’s hole or Boscobel where he hid in an oak tree, but the people at Moseley Old Hall have been extremely helpful answering questions. Charles also spent a week at Stonehenge while Royalists tried to find him a ship, and he kept busy measuring the distance between the stones. I spent an afternoon there and did so without resorting to math. 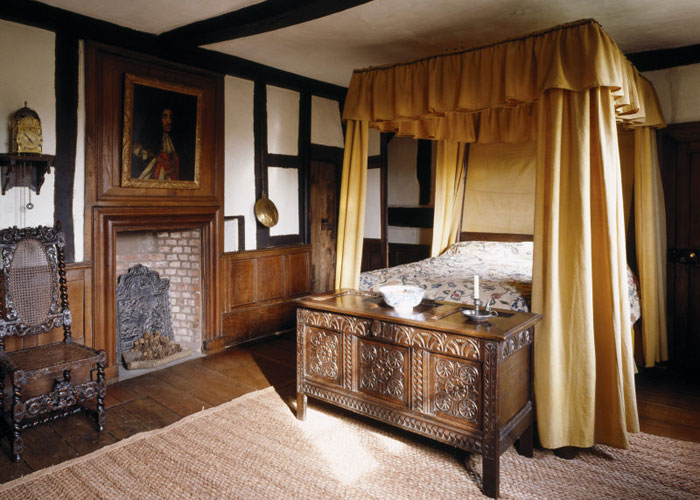 Seton and Hart are two very well defined characters. What did they give you the chance to explore in the story?

Thank you for saying that! With James and Elizabeth, I really wanted to explore courage, duty and conflicted loyalties through them.

James is a former Royalist officer who has fought for the king, but after the king has been executed the rebels (Roundheads) are now ruling the country. Rather than accepting defeat, he turns highwayman and steals from the Roundheads to raise funds for the king’s heir. He’s pledged himself to the cause, but what must he sacrifice for duty? In today’s modern world, concepts of honour and duty seem to be an archaic and old-fashioned concept. On the whole, we make decisions based on convenience. But there was a time when a man’s word meant everything. I really wanted to create a character whom I could admire, a character who was willing to stand by what he believed no matter how personally difficult it was for him.

With Elizabeth, I wanted to explore courage in difficult situations, when one is faced with the decision to help someone in need or to preserve their own well-being. In Traitor’s Knot, Elizabeth hides fugitives from Parliament, an action that places at risk the new life she’s trying to build for herself. Times of conflict bring out the best and worst in people, and while we would hope that we would be brave under adversity, fear can undermine our best intentions. I’ve never failed to be inspired by stories of people who have risked their lives to help others. Through Elizabeth, I wanted to explore how exceptional that truly is. 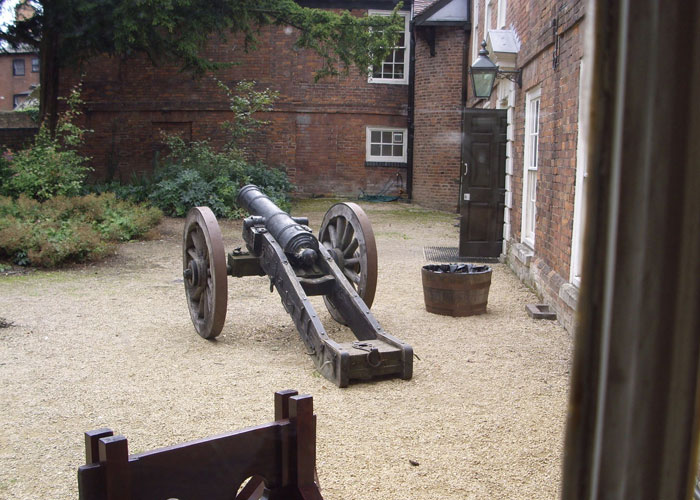 How vital is setting/time and place? Why is location important to you?

It is incredibly vital, in fact setting is the first element I consider when I’m crafting a scene. Writers are great observers of people, places, and things. I have always feasted on the nuances of the landscape and the response it evokes in me. Setting is more than just a place. It’s a purposeful layering of details that create the imaginary world in which characters flourish, struggle, live, and die. It conjures a mood, it can reinforce theme, and most especially, it can reflect the underlying nature of the character.

It’s important for writers to live the scene, not just describe it. I imagine putting myself in my character’s shoes and consider how they would engage in their situation. What they notice and how they react is character driven. The senses we choose must also be carefully curated. Wherever possible, specificity grounds the reader more than generalities. For example, instead of mentioning a generic bird flew in the forest, referencing that it was goshawk, for instance, brings the image into sharper focus. One of the tricks that I use to help me engage in a scene is to refer to an image that looks like the setting I have in mind while I write. I’m an avid Scrivener user and writing in ‘composition mode’ allows me to select an image as my background. I use a photo that I’ve taken or an image that I’ve found on the intranet. It helps me incorporate the five senses. 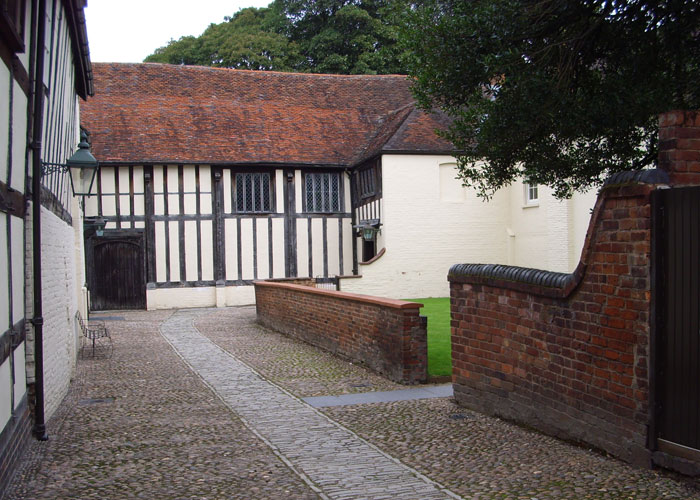 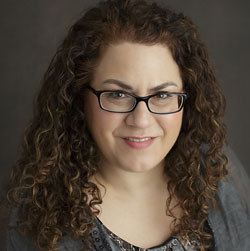 I stumbled on an alternate version of the escape through a letter written by the Venetian Ambassador of Paris to the Doge of Venice. The ambassador wrote, “He [Charles] relates that after the battle, he escaped with a gentleman and a soldier, who had spent most of his days in highway robbery and had a great experience of hidden paths.” The detail about the highwayman is not included in the history of the king’s escape, and yet the ambassador does include details that we are familiar with. When I dug a little deeper, I discovered that this account echoes the rumours that were spreading through London at the time. Newspapers claimed that the infamous highwayman, Captain Hind, helped the king escape. Parliament was so convinced of it that they charged Hind with high treason when they finally captured him and spent nearly a year to find him guilty. These little puzzles in the historical record are golden nuggets for the historical novelist.