The Woman and Home Bookgroup

What joy this was! Jenny Colgan, Jill Mansell, Liz Fenwick and Veronica Henry took the time to sit and have a cocktail and chat all things summer and books with the W&H Books Editor. Oh such a good time was had by all! I was so happy to have them answer one of two of my questions – the other one stumped them. Sorry about that ladies! I was trying to think of something different teehee.

Which books bring you joy in lockdown?

Liz – if she wants to be lifted she reads anything Isabelle Broom. Other authors that help raise the spirits?  Oh Cathy Bramley! There are the books that will take her to a happy place. And we all need a happy place right now and books are the best place to get these escapes, right!? 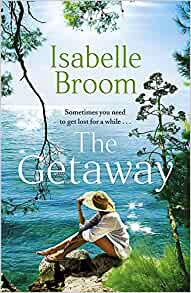 Jill – Holding up a copy of a Jilly Cooper book, there were smiles all around. Oh there’s an author that brings joy to so many! Jill  said this was that author that made her want to write. She loves the landscapes and horses in the books but she knows nothing about horses so she relies on Jilly Cooper so she can get to know them. 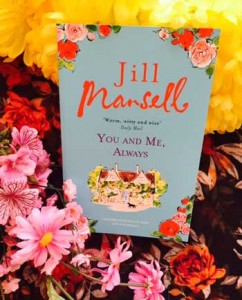 Jenny – Now this was an interesting answer – her chosen author was Sophie Kinsella. But she also likes reading about zombies or books about people having a really bad time as it makes her feel better. If people are having a miserable time and they are somewhere cold,  it helps her. I know what she means as isn’t this often more soothing than reading romance and ‘nice’ books?

Veronica – Elizabeth Jane Howard’s Cazalet books as they are set in a big house with a mad family. Lots of things to take your mind of reality. 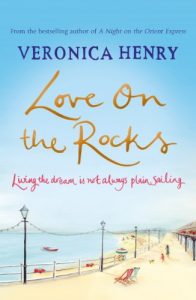 What’s the nicest thing a reader has ever said to them?

Veronica  – She had a nice message from a soldier – about her novel Love on the Rocks. He wrote to say that he had loved the book and had read it whilst in a tent somewhere in a hot country. Reading her book he said helped him escape for just a while.  He said that the other soldiers around him mocked him for reading her book but he didn’t care. It inspired him to want to do the same as the characters in the book – going to open a cafe with his girlfriend and have a nice, happy life. What a lovely message for an author to get!

Jill  – Jill got a letter once from a lady whose American niece was studying in the UK. She was feeling homesick and really lonely though so she had found Jill’s books to read. This really helped her and the woman was really thankful to Jill for giving her niece joy. The girl herself contacted Jill  years later on twitter  to say thank you and to tell her that she is now a doctor! That lonely girl studying thanked Jill for keeping her going through the dark times. THAT is the power of books! 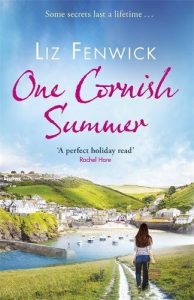 Liz – One Cornish Summer – This book looks at the issue of early onset dementia. An emotional read. It’s amazing that Liz’s book touched upon such an emotional subject that resonated with people. Not only that, but these people took the time to write to her and tell her how the book had made them feel. This is just so emotional and poignant on so many levels!

Jenny – Surprisingly, three people wrote to her on the same day saying they were having a bad day and that they had been keeping her book for such a day. Three strangers who didn’t know each other…they didn’t even live in the same country. However, they had all taken the time to write, and had kept one of Jenny’s books as they knew it would cheer them up. Heartwarming!

Do any of the authors dream about their characters? 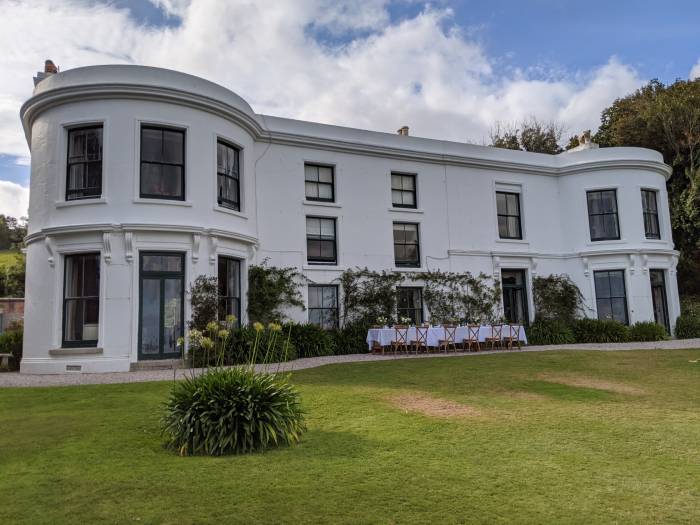 The most beautiful beach house in Porthpean!

Do the authors read the same kinds of books they write?

In short – no! Jill loves a thriller and books about WW2. Jenny will read anything and everything as it’s a mission. Quite right tooo. Liz reads a lot of biographies about all kinds of people. It was Veronica who gave the most interesting answer  – she reads a lot of cookery books! Turns out that this is the best kind of way of learning how people write about food, how they make you want to eat that food and imagine that food, make it and eat it! All the food in her own novels is from top chefs! 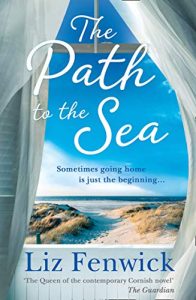 Which book would make a good TV show or film?

Liz would love to see A Path to the Sea on screen and I have to agree. It’s such a cinematic read and so very emotional. Oh any film people reading this? 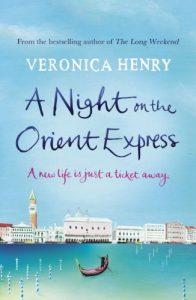 It was soon agreed that Veronica Henry’s book A Night on the Orient Express would make a great movie. All the authors want to go on that train as it would be such an experience! Veronica actually researched on the train and took a trip herself, managing to take along a few journalists too. Well, that just sold it – an author holiday on the Orient Express is probably being planned as we speak.

And finally my question. I wanted to know which of the other authors characters they would like their characters to meet and have a cream tea with. Well that stumped them. Oops sorry! This was too hard. I had to laugh when Jenny said she couldn’t even remember her own characters names let alone someone else’s! She did a Jenny Colgan quiz once and didn’t get full marks! I think every author would probably admit to that. That’s what spreadsheets and switch cards are for! She did say that she quite fancied opening a bakery like her character does but she thinks she’s lazy so she lets her characters do it. 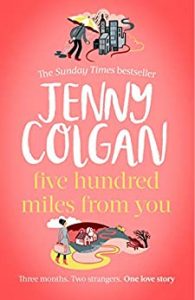 Memories of holidays gone by…

Jenny Colgan remembers travelling from Scotland to Cornwall and it taking such a long time in pre motorway days. She smiled when she says that she remembers that they would get an ice lolly when they crossed the border though. The things we remember as children! Jill didn’t have such luck. She said her journeys north to Scotland were equally as long and they didn’t even have a radio yet alone ice lollies so their journey was a bit boring!

Oh and the cocktails!

Now, brace yourself. There is a picture here that might put you off if you happen to be eating. Veronica Henry was drinking something very green. I went into shock so can’t actually remember what it was. It was green though. GREEN! Please someone save the day!! Aaah Jill came to the rescue with her rather sparkly bottle of something equally as sparkling I imagine. Jenny Colgan is a woman after my own heart – she was drinking water. 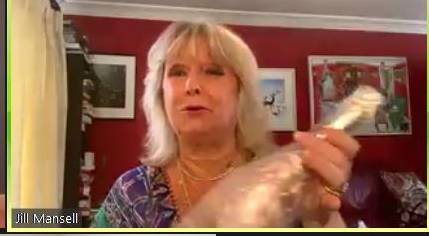 Now for the biggest and most exciting answer of the night…. a chat that turned into a dream, a possibility! I asked which of the other authors’ locations would they like to visit…..

Veronica’s answer was inspired. Why not do a tour? She suggested starting in the Cotswolds, then going down to Devon and ending up in Cornwall. There’s a TV series in there somewhere surely? Someone suggested renting a camper van and making it a road trip of romance authors. Women and Home on Tour was touted as a name for this adventure group. Jenny however, raised a doubt. Would Cornwall really want four random authors hurtling towards them in a camper van having just been forced to host those G7 leaders.

Time to leave this fun group of authors now planning the ‘Women and Home on Tour’ probably and make a cocktail and enjoy the rest of the evening. Actually not a cocktail, I’m still reeling from that Shrek concoction Veronica Henry was drinking. I’m going to take a leaf out of Jenny’s book and have a glass of water. Dream of being in that most beautiful of Cornish houses….