Travel to Norway with Natalie Normann

Ooh if it’s a summer island you want to head out to for a break in the middle of nowhere….come with me and Natatlie Normann as we explore the setting of her new novel! 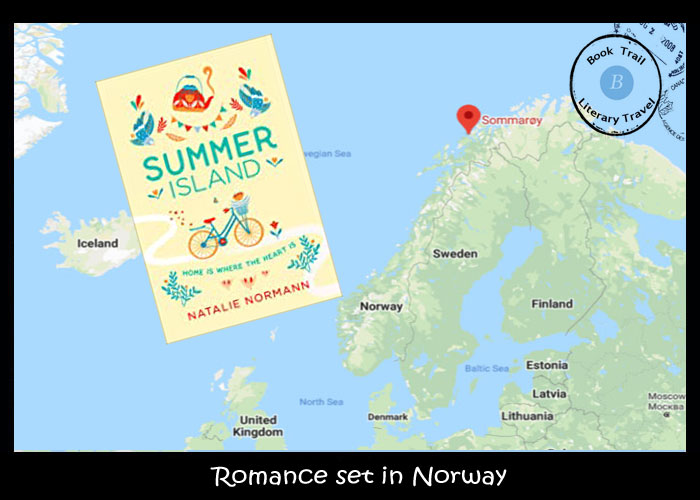 Booktrail the locations in Summer Island

Norway has 239057 islands, scattered along the coast and in the fjords. There’s also about 81192 islets. That’s a lot of rocks in the sea. I had no idea there were so many before I started writing this. Also, the Norwegian word for island is øy.

The island in Summer Island is fictional, mostly because by choosing not to set the book on an actual island, it gave me the freedom to create it the way I saw it in my head. 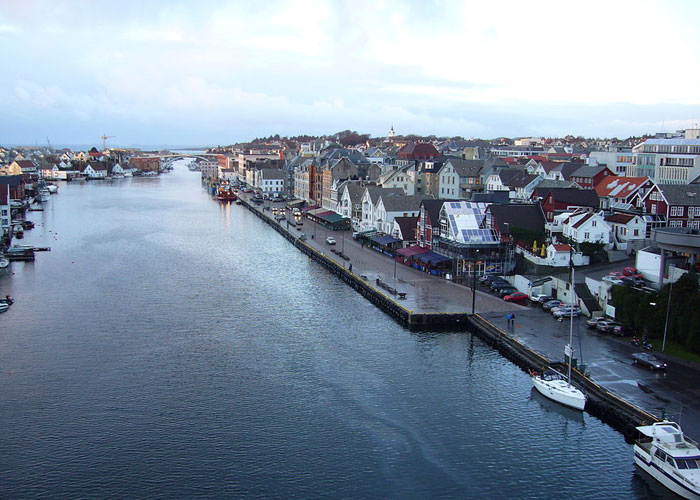 However, it’s inspired by actual islands from the west coast of Norway. My hometown, Haugesund, is a small town, nestled between Bergen and Stavanger, and a few fjords. It was once called the most isolated town in Norway, simply  because the waterway was the easiest way to get there.

It became a town because of the herring fisheries. Fishing boats from Haugesund and the islands, would travel to Hull in England during the 1700s. A hundred years before that, Scottish fishermen would come for the lobsters. Before that, vikings travelled from here to the British isles. 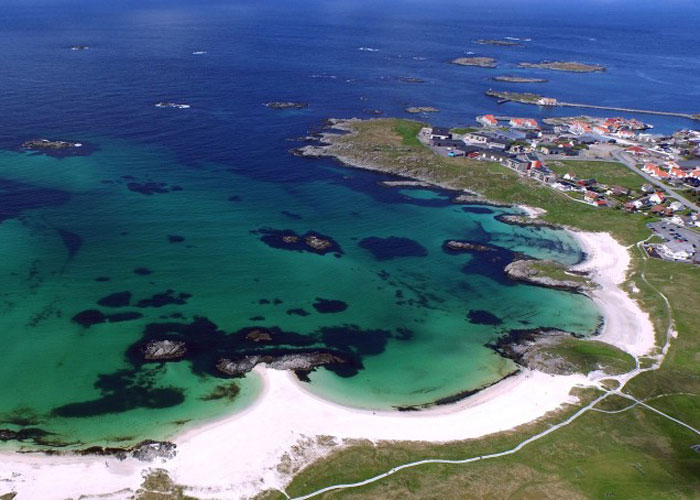 Right in front of Haugesund, if I can put it that way, is Karmøy. Here is what’s left of the oldest royal estate in Norway; home of Viking kings, established by Harald Fairhair –  or Harald Hårfagre in Norwegian.  It goes all the way back to the 700s. So, all those guys who raided Scotland and Ireland, and Northern England; a lot of them would come from my coast. Sorry!

My childhood was filled with island summers.  One summer  we stayed on an old homestead, with no electricity or indoor plumbing, so no TV or even radio. But there was a rickety old rowing boat, a pebbled beach, an orchard and plenty of other kids to play with. I would spend hours either up a tree or finding shelter in the abandoned barn when it rained, reading old books I found in the house. 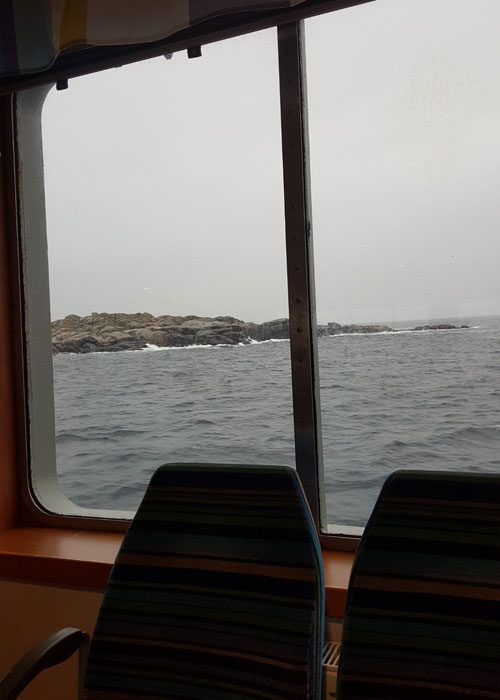 On the ferry (c) Natalie Normann

When I think back, I remember mostly sunny days during summers. We spent most of our time swimming or fishing, and having a grand time. I know that it rained a lot. This was on the coast, and it always rains here. I grew up in wellingtons and raincoats, and yet, all I remember is the sun shining. Memory can be wonderfully weird sometimes.

Every island was different and yet similar. Some had roads and cars, some had trees, some had no beaches at all, and others had the perfect sandy beaches with long slopes of grass and wild flowers.

On one island there was an old schoolhouse; a small, white house by a  narrow pathway. It was like a dolls house, big enough to go inside. This island had a huge mountain, especially  because we hiked to the top and I was little. To get to Borgøy, you have to travel deeper into one of the fjords.

To come to Haugesund by boat, you have to sail in between Karmøy and the mainland, pass Vibrandsøy, Risøy and Hasseløy. These are smaller islands, full of lovely, old houses and one large dock (on Risøy). 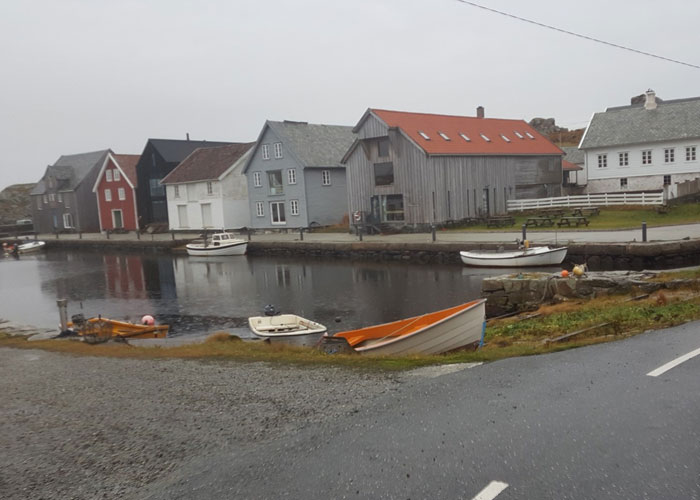 Furthest out in the sea, is Utsira. There’s a ferry and you can drive on the island, and lots of sheep. It’s the smallest municipal in Norway and have the must stunning views.

Then there’s Stord, one of the larger islands about half way between Haugesund and Bergen. A natural stop over for the ferries going to Bergen. Now they have built roads and tunnels under the fjords, so the ferries doesn’t run as often anymore. It’s a shame, really. I prefer the open sea to the claustrophobic darkness of a tunnel. 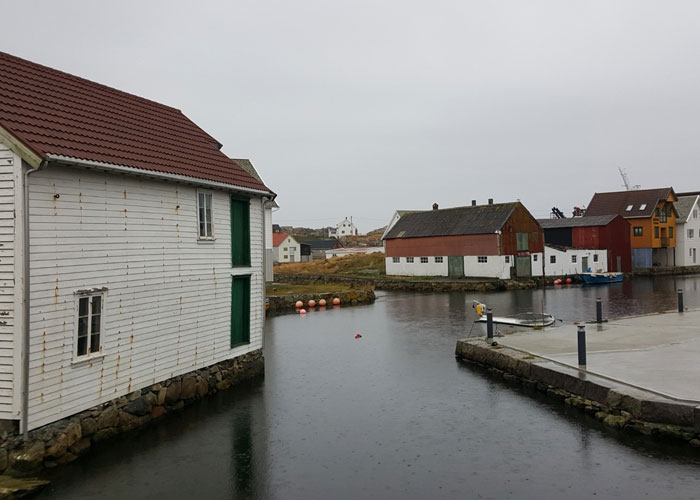 And last, but  not least, there’s Tysnes, where we would visit my mum’s best friend and stay at their house. The kids would sleep in the attic, and there was always at least one evening with a feast of fresh shrimps and white bread with proper butter, the kind we never had at home. Early mornings, when the sea was so so still, you could see your face in the surface, we would row out to fish. Bleary-eyed and tired, but with the promise of hot cocoa and raisin buns when we returned.

Summer Island might be made up, but it’s made up from elements of so many beautiful islands.

Writing Summer Island in English was great fun. I have been a translator for years, but that was from English to Norwegian, and it’s not quite the same. But I have written stories in English for years, some I have submitted, some stayed in the desk drawer. I loved the challenge. I had a few moments of panic before I started, but once I got into the story, I just hammered away at the keyboard. Haha I know, it sounds annoying!