It’s Sunday and the perfect time to sit down with a lovely author who has tea and pancakes all ready on the table. Elaine has written about Canadian history – the American Revolutionary war and the fighting in and around Fort Niagara in Canada. The Loyalist links and the Canadians who stayed loyal to the British. Elaine has links to this subject via her family history. Talk about an author who writes about what’s in her blood!

Hi Elaine. Thank you for  the invite. My, those pancakes with maple syrup look lovely.Tea would be lovely thank you. Hope you’re comfortable as I’ve lots to ask you! 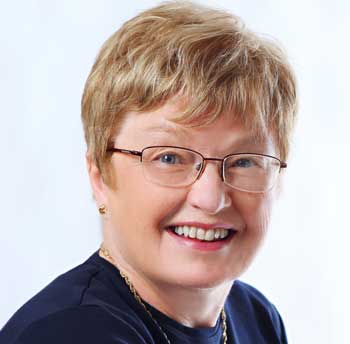 You’ve written two novels now in the Loyalist trilogy. Can you tell us about the third?

The third in the trilogy, The Loyalist Legacy, is slated for release in November, 2016 and it has been more challenging than the other two, The Loyalist’s Wife and The Loyalist’s Luck. This is partly because the historical framework is different, necessitating that I use more of a plot arc than in the other two, and because I caught the dreaded shingles which sapped my energy for months. Just now I’m very close to completing my rough draft—later than I planned—so I’ll be working hard to get the book out this November. Challenging? Yes, but oh so rewarding!

Your subject is dear to your heart. Can you tell us more about this?

A marvellous happenstance is part of my Loyalist journey as I’m descended from Loyalists who stayed loyal to the British king in the American Revolutionary War. One of my forefathers came from England after that war had started and came immediately to Fort Niagara, which at the time was held by the English. He was reportedly a “purveyor of spirits” to the British army, a rumour I’ve loved since I learned of it. Researching these people and events has been doubly interesting as I’ve learned about my own family history along the way. For instance I found out that my relative owned the land right where today Fort Erie’s bridge goes across the Niagara River to Buffalo. Wish I were collecting the tolls today!

Canadian history is fascinating. Why did you pick the period you did?

I guess I knew a little about my Loyalist background and wanted to know more. Also I describe myself as a flag-waving Canadian so that doing the research promised to be fun. And it was. 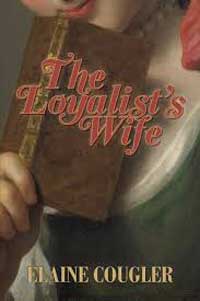 You mention that many authors such as Diana Gabaldon inspire you to write gripping historical fiction. Do you have a favourite?

I guess my favorite is still Sharon Kay Penman who writes such amazing stories of Britain’s kings and even some royal relatives. Once I read her Sunne in Splendour, I was hooked so that when I saw she was attending the Historical Novel Society Denver Conference last June I sought her out and got a picture with her. Such a prolific and inspiring writer. She’s lovely in person, too.

Your three books take your characters on an amazing journey. What kind of research did you do?

Being a former English teacher, of course I started with libraries and progressed to web searches and actual field trips with my husband to walk where my characters might have walked. I also studied maps to learn the topography and the journeys of the armies, especially Butler’s Rangers (British). And I guess the most useful book for the first of the trilogy was a book about Butler’s Rangers, which was so old that it felt much closer to the actual time. Of course I paid for that because its style was rambling and the whole book was one chapter with no subtitles. Still Cruickshank wrote it over a hundred years ago when he still had sources alive who remembered a lot about the times. 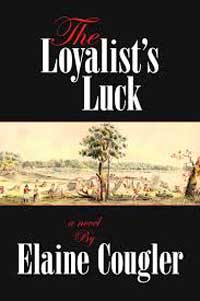 How has your author ‘journey’ been – public speaking, tours, meeting readers etc?

Ah, the journey. It has been fabulous almost all of the time. There was about half a year where I almost gave up so frustrated was I with an American writers group I’d been asked to join. Thank goodness I gave them up and learned to trust my instincts; that has been invaluable.

Going to readings, teaching workshops to writers, and giving keynote speeches about this fabulous topic is all so much fun for me. Luckily I grew up in a performing family and became a teacher so that meeting new people is one of my favorite things. On my website is a list of my events so those interested can always see where I am and have been. www.elainecougler.com

You used to teach French and English in schools in Ontario. Has this helped you to research Canada’s history?

I’m not sure I can point to any direct correlation other than the fact that my French degree predisposed me to be excited when I found that at the time of the revolution present-day Ontario was all part of a huge land mass called Quebec and the border between the English held lands and the colonies was much further south than today’s border which follows the Great Lakes. Of course when you teach a thing you really learn of it in such an all-encompassing way.

My years as a teacher of English broadened my own reading but didn’t really help me to know Canada’s history. I think, in fact, that here is the time I should come clean about my view of history. When in school I actually hated history, as it seemed to be all about memorizing dates and reasons for battles. In writing my books I am more interested in how the large events, like perhaps the War of 1812, impact on the ordinary people and that is why my characters’ lives are drawn against these horrific things over which they had no control but with which they had to cope nevertheless.