The Path to the Sea 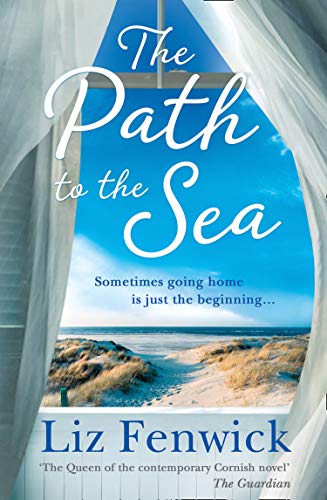 Boskenna, the beautiful, imposing house standing on the Cornish cliffs, means something different to each of the Trewin women.

For Joan, as a glamorous young wife in the 1960s, it was a paradise where she and her husband could entertain and escape a world where no one was quite what they seemed – a world that would ultimately cost their marriage and end in tragedy.

Diana, her daughter, still dreams of her childhood there – the endless blue skies and wide lawns, book-filled rooms and parties, the sound of the sea at the end of the coastal path – even though the family she adored was shattered there.

And for the youngest, broken-hearted Lottie, heading home in the August traffic, returning to Boskenna is a welcome escape from a life gone wrong in London, but will mean facing a past she’d hoped to forget.

As the three women gather in Boskenna for a final time, the secrets hidden within the beautiful old house will be revealed in a summer that will leave them changed for ever.

Travel to Cornwall BookTrail style along The Path to the Sea

We go further afield than Cornwall!

Porthpean House aka Boskenna in the novel.

I think this is my absolute dream home. I view to die for, a library to live in and the sea on your door step. Because I have such a tight timeline for the book – four days in August both in 1962 and 2018, not much ground is covered just this breathtaking setting of Porthpean and its beach and the nearest headland. I rented the house for a week and didn’t want to leave. The coastal path takes you to Charlestown where there are great restaurants and pubs and you feel like you are on the Poldark set (well, you are… as they used it!). The house looks out over St Austell Bay and to Gribben head which puts you in Du Maurier country.

A wonderful story of three women and one house and their intertwining stories across the years. There are secrets in its walls..

Booktrail Boarding Pass: The Path to the Sea