Novel set in Cornwall – The Path to the Sea – Liz Fenwick

The Path to the Sea – A Cornwall saga

The Path to the Sea – Liz Fenwick – A spellbinding novel which transports the reader to Liz Fenwick’s Cornwall and beyond. This is the story of three women in one family whose stories come to light from the haven of one house. Boskenna house sees and knows everything, there are secrets within the walls. Stories of war time and loyalties that only now are coming to light.

It’s mainly set in Cornwall but this time there’s a spy and cold war element to it which transports the reader via flashbacks to a world far away in both distance and familiarity. 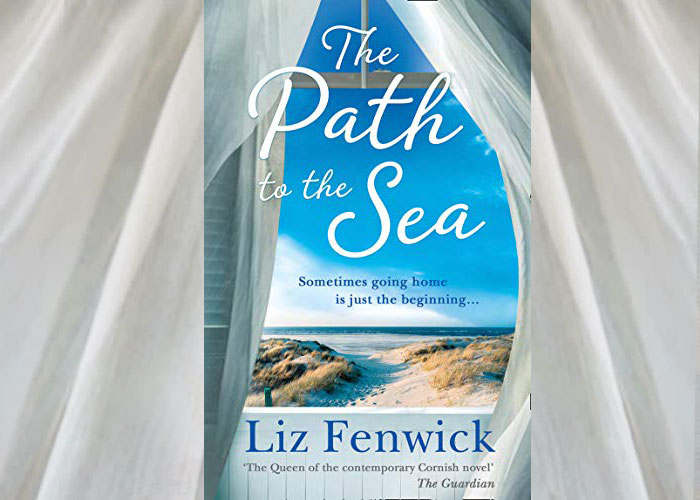 Setting: Cornwall, Egypt and Russia during  the Cold War

The Path to the Sea is a remarkable story and novel. It’s from the pen of Liz Fenwick so you know you’re going to get a quality story with excellent writing, but this goes beyond that and more.

Cornwall is of course at the heart of this story. It comes to glorious life from the page. The crash of the waves, the salt in the sea air, the flora and fauna – all can be seen, tasted and heard with the skill of Liz’s pen. It’s a setting she’s written about before, but this time it seems even more authentic, raw and breathable. Boskenna House comes live so vividly. I so desperately wanted to live there for real by the end of the first few chapters.

The Path to the Sea is a very unique read due not just the story, but the time frames and the characters explored. Joan, Diana and Lottie are all fascinating and strong women. Their stories are compelling individually but together, they are something else . So much so, that I was bereft at leaving them behind when I’d finished the novel. Their lives and stories intertwines in ways I didn’t expect and it’s a fascinating world Liz introduces us to.

Visit the locations in The Path to the Sea

The story involves these three women but it was the way their narrative was woven together, from the same Cornish house across the years, was a technique which completely enthralled me. It was a simply brilliant way to ground all three characters and to explore the world around them. Doors closing on one time period and opening out onto another.

It was Joan’s story which provided the most fascinating setting for me and the most surprising too. No spoilers here, but I think this section of the story is very special indeed and gives a new angle to the events of history.  It was compelling and so emotional to see how one woman’s role at one time would have such effects on others later on. As I read, the other woman and that house at Boskenna were just waiting off the page for me to visit again. The story about the events of the cold war and the role of women during it is something I’ve going to mention very little of here as it’s so intriguing to find out about on your own. Believe me when I say it’s an insightful and compelling story and I was totally and utterly drawn in.

A spellbinding novel of family secrets and war time intrigue. I didn’t want this wonderfully woven story to end.

BookTrail Boarding Pass: The Path to the Sea