Sunday evening..sitting out on the terrace in Ravello….a glass of limoncello in one hand, on An Italian Holiday with Maeve Haran?

I have had a love affair with Southern Italy ever since I first visited the gorgeous town of Ravello on the hillside just above Amalfi thirty years ago. The unique joy of Ravello is that it isn’t actually on the coast so it avoids all the intense tourism of the seaside resorts and yet it hangs like a hidden gem above the intense blue of the Mediterranean. 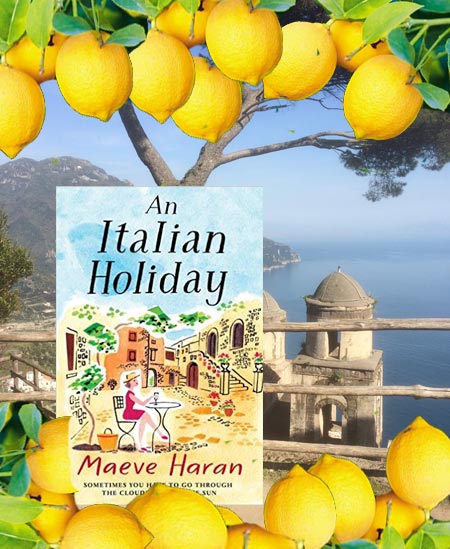 When I first stayed there our lovely little hotel had a balcony – where we breakfasted every morning – looking straight down at the sea. (see pic below) Years later when I was about to be forty my husband Alex organized a surprise trip to the same hotel. He got my best friend to pack my case and she put in all my clothes summer and winter since it was only April. It was only when I announced in my prosaic way that I was going out to renew my car tax that Alex suddenly insisted ‘Well, you can’t because we’re going to Ravello!’ 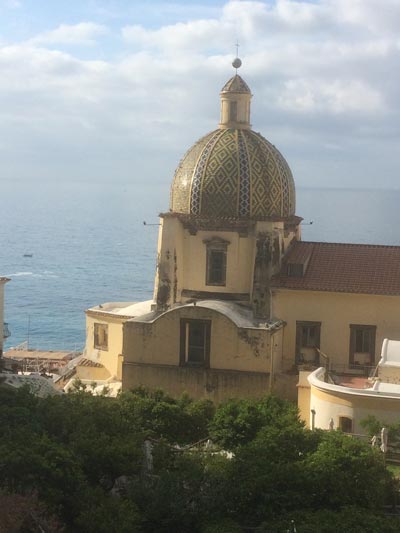 That same evening I walked into the lobby of the hotel and the manager came up with a bouquet of roses and said ‘Welcome to your forties, signora!’

I have been back to the area three or four times since, and also to the beautiful island of Capri which is less than an hour away by boat. It will always have a special place in my heart so when I wanted to set my latest book in Italy it had to be around Amalfi and Ravello which inspired the fictional towns Lerini and Lanzarella. I prefer to fictionalize as it gives me the freedom to move the cathedral if I want to! Anyone who knows the area will of course recognize them.

Last April I asked my long-time friend Vicki who lived in Italy for six years (and to whom I dedicate the book to celebrate our long friendship) to come and translate for me as I researched the novel. 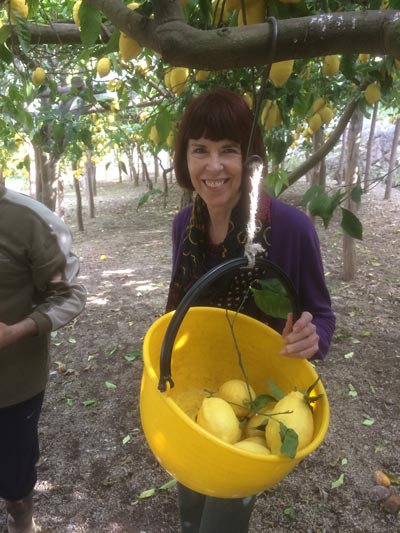 Of course the most famous product of the region is the Amalfi lemon and we had the most amazing time finding out all there is to know about lemon groves and their problems and  also the manufacture of limoncello, the famous lemon liqueur. I even invented a cocktail – Cellono – made of limoncello, prosecco, soda water and a mystery ingredient which helps to save a lemon grove from going bust!

We had a marvellous time in Ravello. One evening while we were sitting in the piazza my friend said ‘I don’t like the look of that cloud’. Ten minutes the thickest fog I have ever experienced came down on the town and you could hardly see your hand in front of your face. Naturally for the novelist nothing goes to waste so I incorporated this fog – a common local weather phenomenon apparently – in my storyline. The funny thing was they were shooting the movie WonderWoman in Ravello at the time with 400 people involved and had to stop for a day. Imagine what that cost! 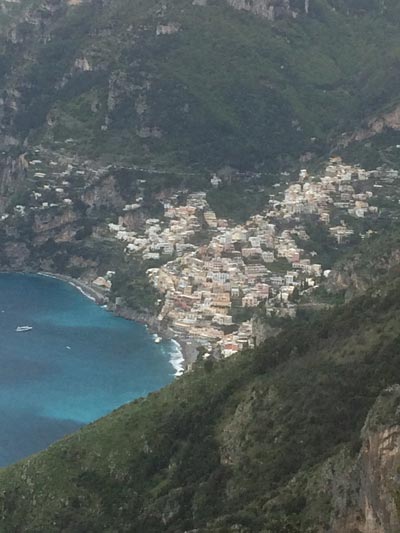 The Path of The Gods above Positano (c) Maeve Haran 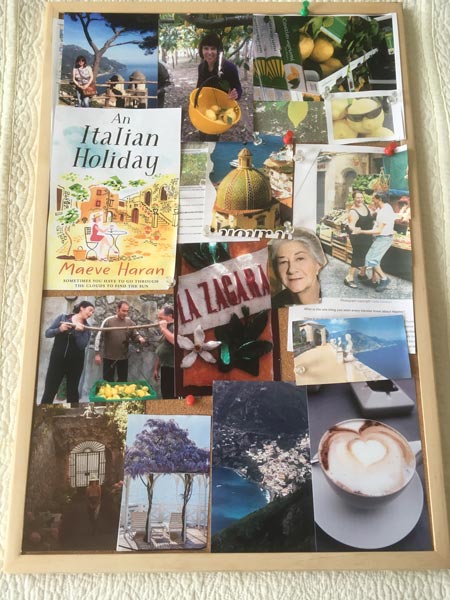 Mood board for the novel (c) Maeve Haran

After we’d finished researching I spent three fabulous days, including my birthday (not my fortieth sadly) an hour down the coast in glorious Positano with Alex. We walked the Path of the Gods, this tiny dizzying path thousands of feet above the sea, which is also in the novel. We stayed in the beautiful Palazzo Murat one of the loveliest hotels I’ve ever stayed in.

When I finished writing I was nervous that I hadn’t captured the true Italian ‘feel’ for the story and was so relieved when I gave Vicki the first draft and she said I really had.

So I hope it will give all the readers just that feeling – as if they had been on an Italian holiday themselves – and made four new friends in my characters Angela, Sylvie, Monica and Claire because as all women know (and men envy) – there’s nothing on the planet like the power of female friendship!

Susan -Right that’s off, I’m off to Italy with Maeve right now! Byeee!!