Sitting here with the Newcastle Noir Chief (Dr Noir) – aka Jacky Collins who’s responsible for creating and organising the Newcastle Noir festival, now in its 4th year. Only a few weeks away now, so let’s meet the woman behind it all: 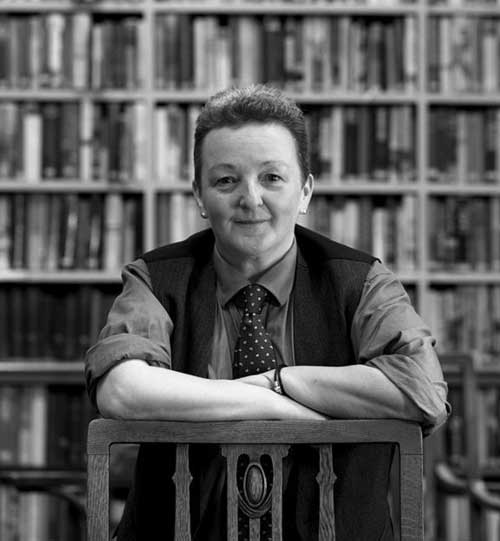 Jacky on the crime festival…

It’s the best value for money crime writing festival in town, and an honour to have so many good crime writers from so many different countries coming to the North East. It takes place during the first May Bank holiday weekend (sometimes the last weekend in April as this year). So if you want something interesting and unique… it’s one of the first Crime Fiction festivals of the year (May is the big month for the start of Crime Fiction and Literary Festivals)

Where it all began….

In November 2013 I went to Reykjavik to attend the inaugural Iceland Noir festival and there met the amazing Yrsa Sigurðardóttir, Queen of Icelandic crime fiction. A year or so before that I’d invited her to speak about her work in Newcastle, but ultimately was unable to host the event. Graciously Yrsa promised that when the time was right she would indeed come to Newcastle. At that first Iceland Noir, Ann Cleeves introduced me to Yrsa and before I knew it, she and I were plotting something similar to Icelandic Noir for the North East!

Six months later, thanks to the support of Kay Easson, Newcastle Noir came into being on May 4th 2014, when we held a crime fiction afternoon at the Lit and Phil on Newcastle’s West Road. There were only three panels with a total of 9 authors, but when we asked the audience if they wanted to come to a similar event again, there was a resounding yes. Newcastle Noir was born in both name and spirit! 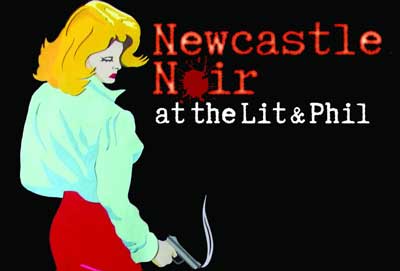 This year there many more than three panels!!! Fourteen to be precise, with 50 plus authors in attendance from over 10 different countries.

So much to choose from and how do you choose when there is so much happening? A few highlights however:

Denise Mina, the fabulous internationally acclaimed author, is going to launch the festival for us this year and will appear at the Lit and Phil on Friday 28th April at 7pm

Geordie Panel – Well it wouldn’t be Newcastle Noir without a Geordie panel would it now?

German – both the Krimi panel and the German historical panel bring together some brilliant authors tackling some dark subjects. 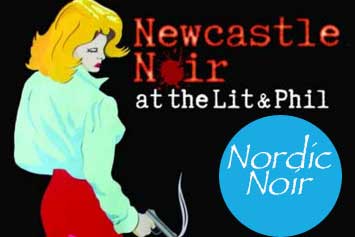 We have two Nordic panels – these are my favourites, because this is where I first started with Newcastle Noir. My academic studies all began in this area too – I speak and read Swedish and can understand Norwegian and Danish. However, my favourite city is Reykjavik and I’d love to learn Icelandic one day!

Back to Newcastle Noir and what to expect, how to plan…..Top tips for visiting the City

Best to come to Newcastle Noir on the train. It’s a 3 minute walk from the main train station. The metro system has a stop there too, so it really is the best way to get there and back. There are plenty of buses and taxi stops outside the station too.

Don’t forget parking’s not brilliant in this part of town, so best leave the car at home if you can!

Also don’t bring your coat, it’s illegal on a Saturday night in the Toon (just kidding, but this is the common perception)!

With many thanks to Jacky for chatting over a bottle of Newcastle Brown and a pease pudding sandwich. Champion!