The Russia of the Porcelain Doll by Kristen Loesch

“A Day (and Night) in Tonya’s St Petersburg”

Today, Kristen Loesch takes you to the heart of the Russia she evokes in her very atmospheric novel The Porcelain Doll. 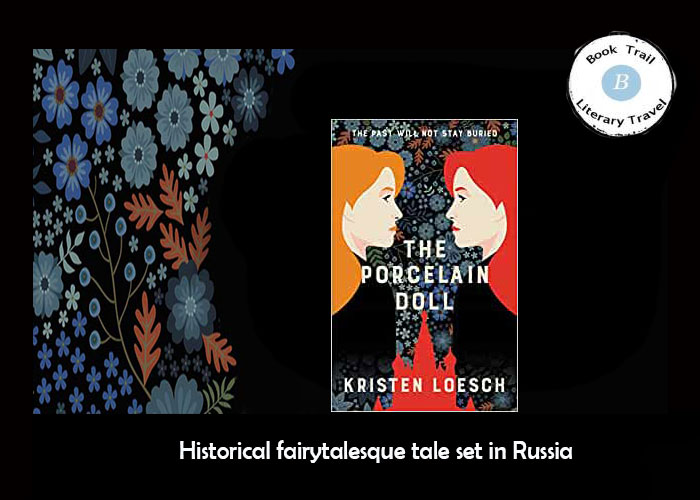 In THE PORCELAIN DOLL, Tonya arrives in the Russian capital of Petrograd in 1915 as a teenage bride. She has been whisked away from everything and everybody she knows, into a world of luxury and grandeur. But despite the beauty and excitement of this new city, this new life, something still seems to be missing…

More than a century later, we can’t see St Petersburg exactly the way it would have appeared then. But we can share in Tonya’s awe and bewilderment – perhaps even fear – as we explore the city alongside her. 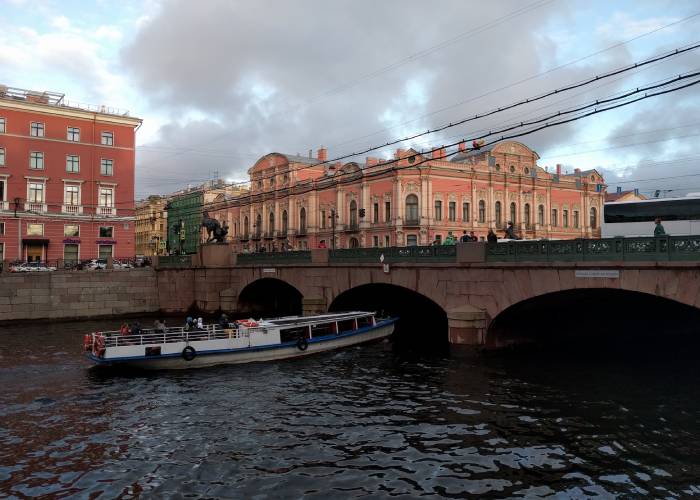 Tonya’s House on the Fontanka was partly inspired by this real-life Palace. Strikingly pink, it sits on the Fontanka at one end of the Anichkov Bridge. The original family owners were avid collectors; like Tonya’s husband, they filled the Palace with art, porcelain, books, and other rarities.

Tonya wakes up in a house much like this one, with a similar view of the river. 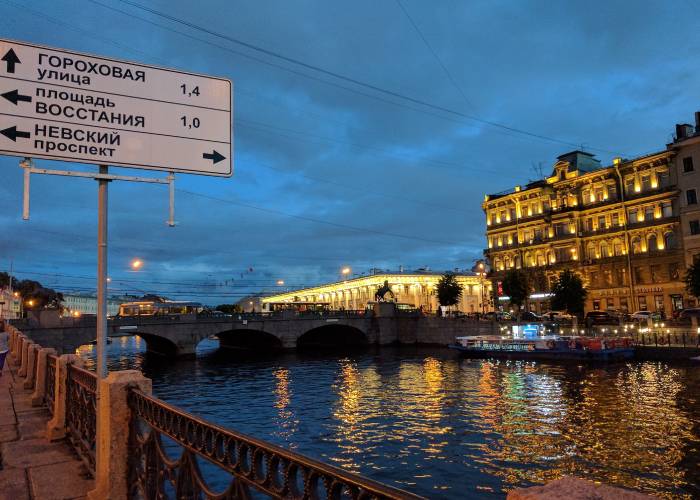 Tonya wouldn’t have had this street sign to direct her, but on her regular morning strolls she would have faced a similar choice. Here we are on the Fontanka embankment, with the Anichkov Bridge now in the background. This sign gives us some intriguing options, including Vosstaniya Square, which was known as Znamenskaya Square in Tonya’s time, and which during the 1917 February Revolution would be overrun with crowds and demonstrators.

But Tonya’s feeling lonely today, and there’s nothing like the bustling main stretch of Nevsky to push that feeling aside. 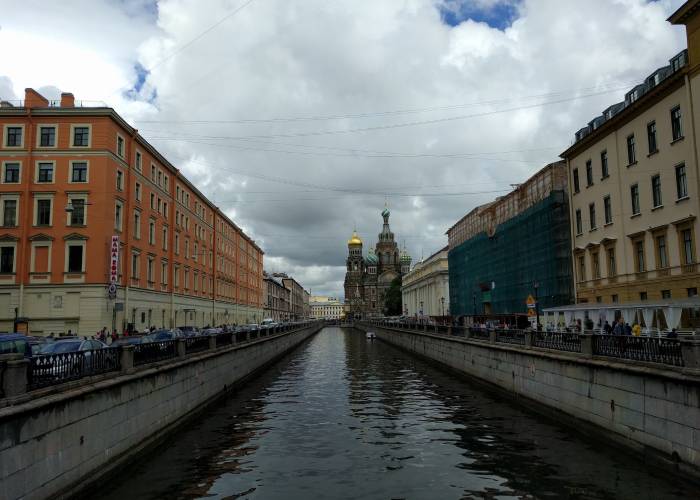 As we walk up Nevsky, we’re caught in the spiderweb of canals that crisscross the city centre. Pausing at the Griboyedov embankment, to our right we see the dazzling domes of the Church of the Saviour on Spilled Blood. During the Siege of Leningrad (in WWII), the church functioned as a morgue, housing the bodies of those who had died of starvation and other causes.

To Tonya, this is the Catherine Canal, and the longer she looks, the more she is haunted by the sense that there is a deeper, different Petrograd than the one she knows. 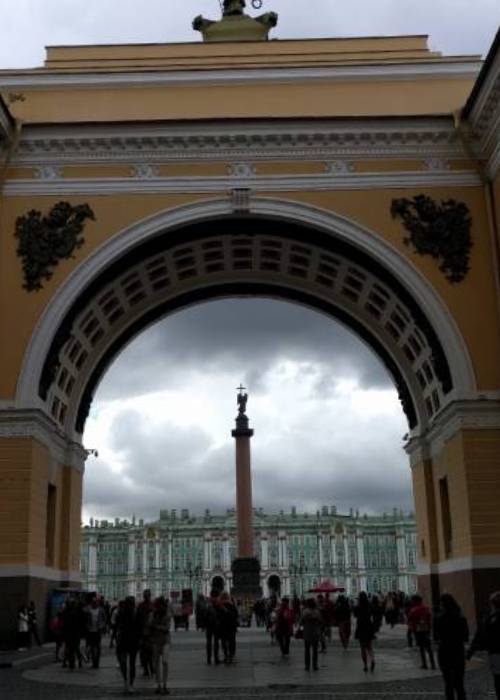 We turn off Nevsky, onto Bolshaya Morskaya Street (previously known simply as Morskaya) and quickly reach the arch of the General Staff Building.

Since she’s come all this way, Tonya thinks she may as well pass under the arch and make a circle around Palace Square. 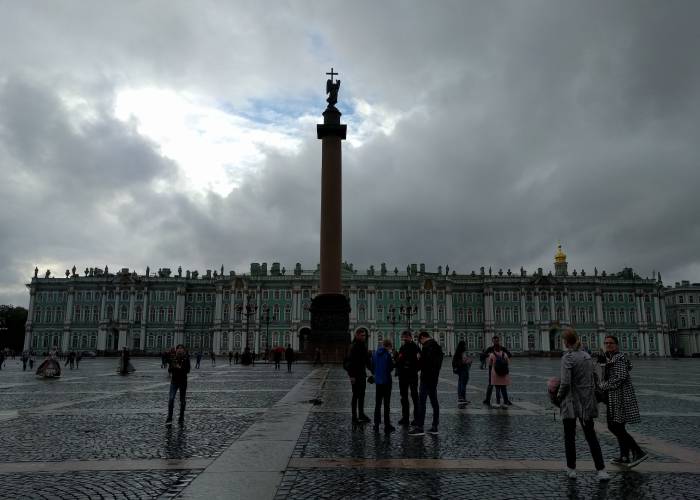 We stand in front of the Winter Palace, erstwhile home of the Tsars. The gates have now been restored to their former Imperial-era glory, double-headed Romanov eagles and all. The Winter Palace was infamously ‘stormed’ by revolutionary forces in October 1917. It now forms part of the Hermitage Museum. 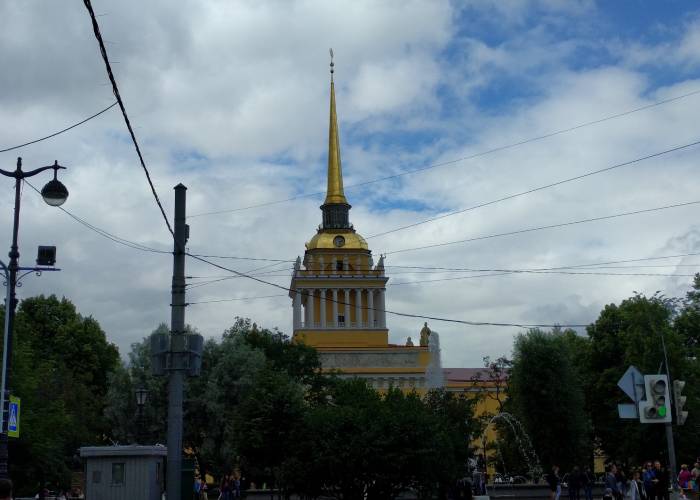 The Admiralty, once the headquarters of the Imperial Russian Navy, sits right next door to the Winter Palace. At first glance, Tonya isn’t too taken by it; there’s yellow buildings aplenty in Petrograd – in fact, off-yellow seems to be the primary shade in use.

But when she notices the tiny golden ship atop the spire, she stops and stares, watches which way the wind blows. 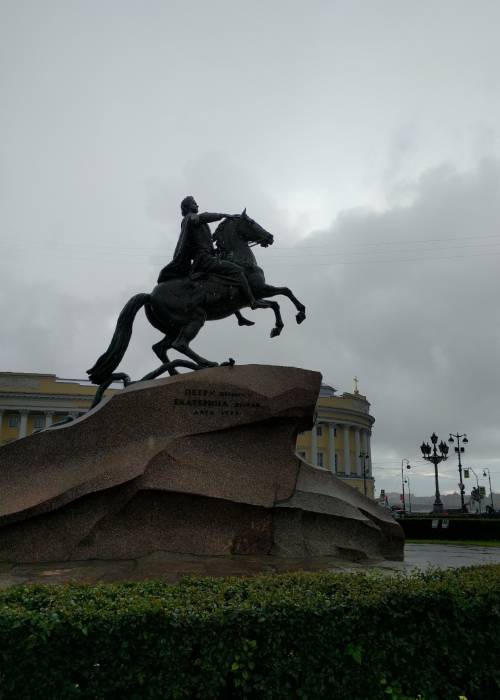 Oddly energized by that funny little weathervane, Tonya seeks out the famous statue of Peter the Great, on Peter’s Square, by the Neva. This statue is known as The Bronze Horseman, a nickname immortalized by Alexander Pushkin’s poem (Pushkin is Tonya’s favourite poet, so a visit to this Square is long overdue!) Legend had it, during the Siege of Leningrad, that so long as this statue stayed standing – and was not destroyed by the Germans – the city itself would not fall. The statue survived, and the city was not taken by the German army.

Peter the Great seems to be pointing towards the river, but it’s getting late. Instead of walking along the Neva embankment, Tonya will head home, via a shorter route. She has to be home by teatime…

Today, this square is called Senate Square (In the Soviet-era interim, it was known as Decembrists’ Square). 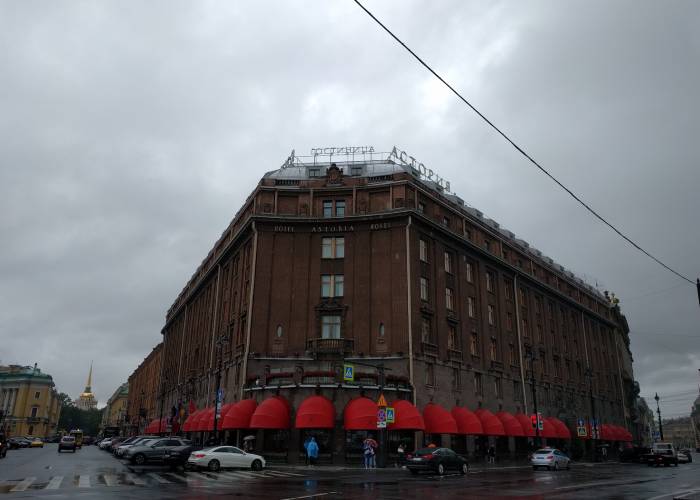 On our way back to the Fontanka, we pass through St Isaac’s Square and stop a moment in front of the historic Hotel Astoria. This luxury hotel opened in 1912; blood was spilled here during the February Revolution; eventually, under Bolshevik rule, it became known as the First House of the Petrograd Soviet, and was inhabited and frequented by top Party brass.

Tonya knows her husband likes to stop by the Astoria. He might be in there right now.

She wishes he would stay forever. 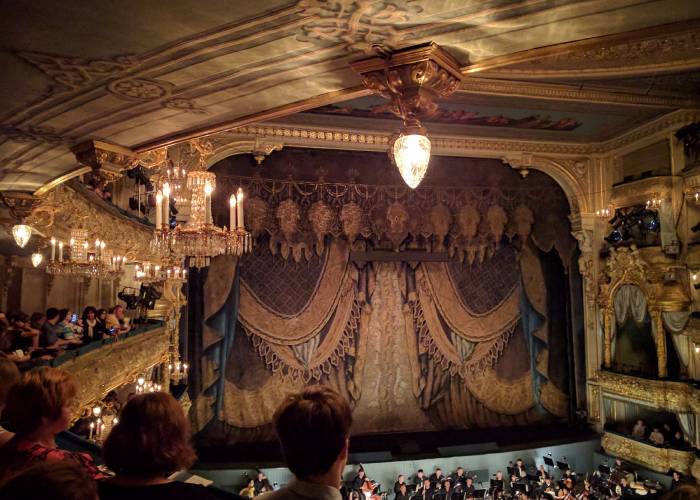 In the evening, Tonya’s husband takes her to the Mariinsky to see a performance of The Tale of Tsar Sultan. Tonya enjoys these performances, and this opera in particular is based on a folktale by Pushkin. Tonight, however, as she and her husband are waiting for the performance to begin, she has a moment of troubling uncertainty. Is this where she always be, in a box seat, in the dark, captivated by the lives and actions of other people, up on a stage? When will she take the lead in her own life? When will she be more than an observer?

The Mariinsky was built in the 19th century and named for the Empress Maria Alexandrovna. In the Soviet period, it was known as the Kirov Theatre. 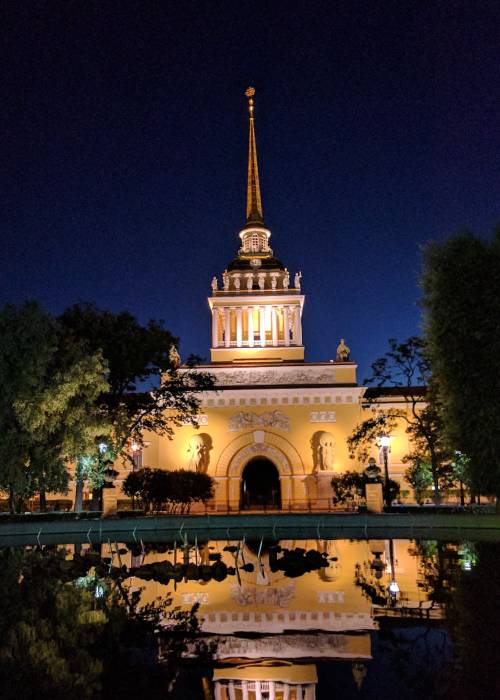 On the drive home, Tonya asks her husband if they can stop by the Admiralty building. She looks up at the same spire she saw in daylight, earlier today, and it shines even brighter in the darkness. The weathervane shows that the direction of the wind is changing. Perhaps tomorrow she will seek out a new route, one that takes her away from Nevsky; perhaps she will finally explore the Neva, its bridges and beyond.

Our time with young Tonya ends here, though there’s much more to see and experience in this city than she can imagine now.

That will have to wait for another day – or another lifetime…

Wow thank you so much Kristen!!