Who knows Poldark the best? Elizabeth or Demelza? Neither! – Its Debbie Horsfield!

The BookTrail gets a backstage pass to quiz Poldark screenwriter Debbie Horsfield (and eat cake) She literally puts the words in his mouth so if anyone knows him, she does! 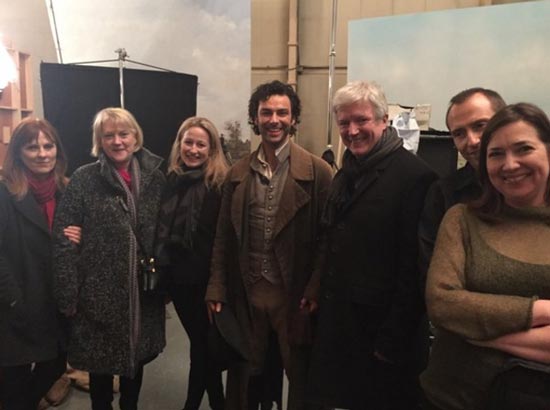 Did you know Newcastle has a leading role in the Poldark dramas? Debbie Horsfield, the screen writer from the show and the Executive Producer no less read English at Newcastle University….so the woman who honed her skills in English and writing would be the one who years later, would bring  Poldark to a whole new audience…turning the already popular and well loved books into a televisual feast!

Debbie still speaks very fondly of the city where she says she  spent many happy years – even staying on for 2 years after university to work at the Gulbenkian Studio theatre.

But enough of Newcastle…Cornwall is a callin’…… 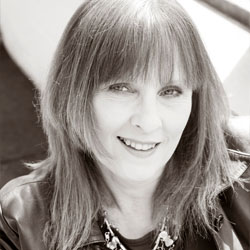 Thank you so much for taking time out to chat to the Booktrail today! You are the woman who brought Poldark (and Aidan Turner) to the masses! A nation rejoices. How did it all start?

I was approached by Karen Thrussell and Damien Timmer at Mammoth Screen and asked If I would be interested in adapting the first two novels. I’d never done an adaptation before so I did wonder if they’d picked the right person! However, I said yes, took the books on holiday and by the first three pages, I knew this would be perfect for television and so I was hooked!

Now, let’s get the important question out of the way….women all over the world are going to thank you for this….You are the woman who picked Poldark!! Tell us more!

As executive producer as well as screenwriter, part of my role in working on the series was to choose the actors who I felt fitted the parts best. Along with Damian from Mammoth Screen, we both thought Aidan Turner fitted the role to a T. I remember the moment we decided on it too – in the middle of a rather bumpy jeep ride, driving across Bodmin Moor in the thick fog and both saying how much we liked Aidan Turner. I’d seen Aidan in Desperate Romantics and Being Human and thought he had the depth, the charisma, the strength and the vulnerability to portray everything Ross was about. On our return, scripts written, we sent him the first one and he loved it!

(Booktrail:  A nation breathes a sigh of relief) 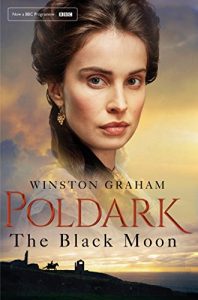 Series three covers The Black Moon and The Four Swans

Any challenges in making the books into TV dramas?

Good challenges! There’s always things which work in a novel which don’t translate well to the screen. Events can unfurl slowly in a novel, you can let yourself be carried along by the narrative in a book in your own time. The television drama has to grab you from the word go really, you have to set out your stall quickly, ensure your protagonist is strongly established from the outset. 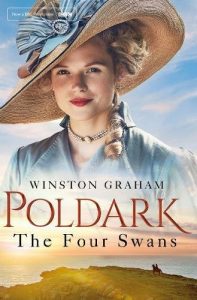 Series 3 covers books The Black Moon and The Four Swans

We all visualize differently when we read, so everyone has their own unique version in their heads when watching an adaptation. My scripted version of the story would no doubt be very different to someone else’s. Equally, another director’s interpretation of the scripts would be entirely different too.

Any changes you made when adapting the books?

I tried to stay as close to the action as I could – the books are packed with amazing stories and subplots. What I had to do was to establish Ross’s story and keep the ‘Ross threads’ prominent during the drama so viewers could build up their relationship with him as the lead character. Ross was the focus of book one and I had to draw this out and make it more prominent for television.

Booktrail – (I don’t think any one is complaining about that!)

Do you visualise your characters when writing the scripts?

The early scripts came first but now that Aidan is firmly entrenched in everyone’s minds as Poldark, I have him in mind when I write – it’s actually easier to write when you have a clear image of your characters in your head. I think we ‘re all visual readers and see the characters in our head when we read – it’s no different for a scriptwriter!

I did realise that we had to pick Ross very early on though as the story is centered on him and his character. I wanted to have someone who embodied everything about Ross – his charisma, emotional complexity, rebelliousness, conflicted love story – and the success of the scripts was very dependent on picking the right actor. 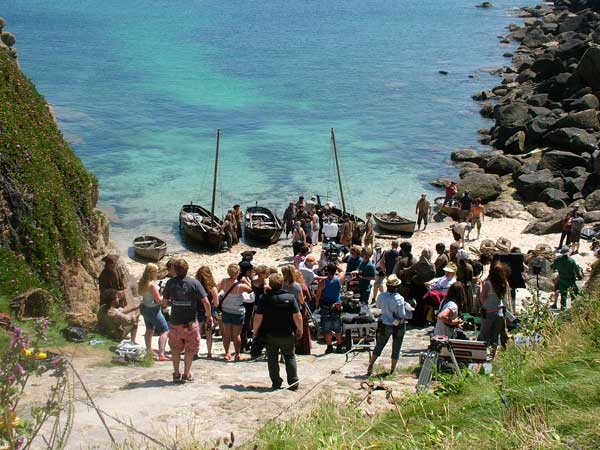 Now, you know how much we love a location at The Booktrail – the maps we have of the Poldark books are a mix of fictional settings and real ones since Cornwall has changed somewhat since the 18th century. Tell us about Poldark country!

It was fascinating to work on the locations since they feature so heavily in the Poldark stories and the setting is a character in itself!

Many of the Poldark locations, whilst fictional, are based on real. Perranporth Beach, where he was a coast guard, became his model for Hendrawna Beach, for instance.  Of course many of the locations have changed beyond recognition since the 18th century. Truro being a case in point – so there was  a bit of creativity involved with representing the locations as faithfully as possible. Truro is inland but on a tidal river, and used to have a quayside , which is mentioned frequently in the Poldark novels. However, that quayside is now a car park! So we filmed all our Truro “harbour” sequences at Charlestown, even though it’s obviously a coastal town.  And even when we find locations which are mostly untouched, we still have to paint out random alarm boxes and TV aerials in post-production. 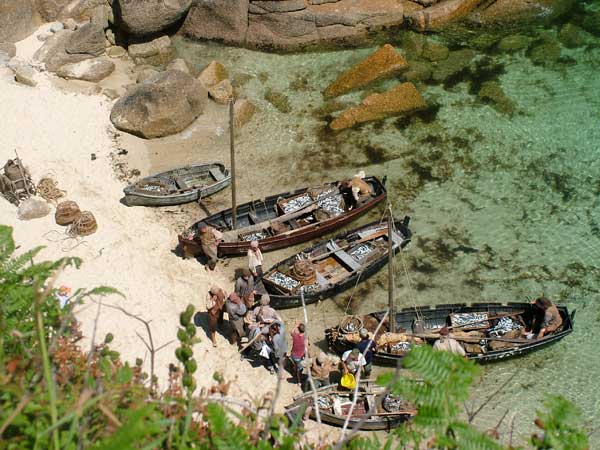 What does Cornwall mean to you?

I’d had several family holidays in Cornwall and so I already felt I knew Cornwall quite well before embarking on the scripts but the recces were fun  – driving out in all weathers visiting locations in the books was a great way to visualise the stories. It’s lovely to see places you’ve read about.

Did you get the eagle eyed viewers saying ‘that’s not Truro” etc?

Actually no. We were expecting a few comments – but in the end I think most views realize it’s almost impossible to find a place that remains untouched by modern day shops, buildings and everyday changes. We loved filming in Charlestown and shot lots of wonderful scenes in and around the harbor – but even that required a lot of additional set dressing to remove traces of the 21st century! Outside of Cornwall, our production base is in Bristol where we build and film many of our interiors at the Bottleyard Studios.  When we’re not in Cornwall, we never shoot more than an hour away from Bristol, so we’ve used locations such as Chavenage, Corsham and Wells. The exception to this was a one-day shoot in Wales when we had to go and grab some additional coastal shots and it was quicker to take a small unit there than travel everyone down to Cornwall for just a day.  However, Cornwall remains the focus of our story and we always make the most of our time down there by using 2 directors and 2 separate film units. 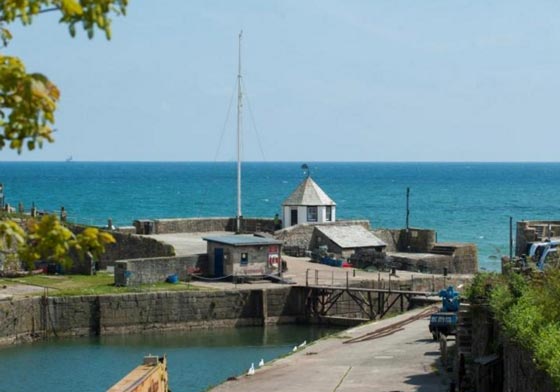 Any pressure in revisiting Poldark after there had been a successful series in the 70s?

Not at first!  I was keen primarily to do justice to Winston Graham’s wonderful novels. I hadn’t seen the 70s series, and Mammoth Screen were very clear that this was a new adaptation of the books rather than a remake of an older TV series. I hadn’t quite taken on board how much interest there would be from fans of the 70s series and it wasn’t until we got the green light from the BBC that I realized how high the expectations were! I realized then that some people were expecting us to fail! But on the whole the response was very positive.  Originally the BBC commissioned 6 episodes but I soon realized that we couldn’t do justice to the first two books with so few episodes, so I went to the BBC and begged for another two!  Fortunately they agreed. agreed

Booktrail – So the Poldark persuasion worked!. 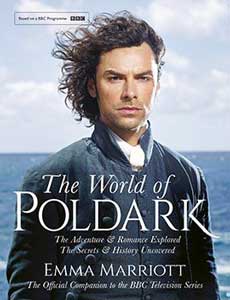 You’re bringing this to a new audience though aren’t you?

When I was writing the scripts I was frequently asked if I felt under pressure from fans of the 70s series. I pointed out that many people – especially those under the age of 30 – had probably never heard of Poldark! Certainy my own kids, who are in their 20s, hadn’t. So for a whole generation we were starting with a clean slate. What’s brilliant now is that many non-readers have watched the show, liked the stories, and gone on to read and love the books.

So, series three is out soon. What are you working on now?

I’m in the middle of writing Series 4 scripts now so am never far from the world of Poldark.  There’s also a series called Age before Beauty, a contemporary drama set in present day Manchester which I’ve written and which has just started filming. That will come out next year probably so I’m currently working in two different worlds and two different centuries!

Thank you Debbie for a brilliant insight into everything Poldark.

Series 3 starts THIS SUNDAY AT 9pm BBC 1. Immerse yourself in all the charm of Cornwall and the world of Poldark