Herself Alone in Orange Rain tells the story of Caoilainn Devoy who, aged 19, gives up her art course to join the Provisional IRA.  She goes on to operate for the movement throughout the 1980s, taking part in some of their most high profile attacks of that decade. 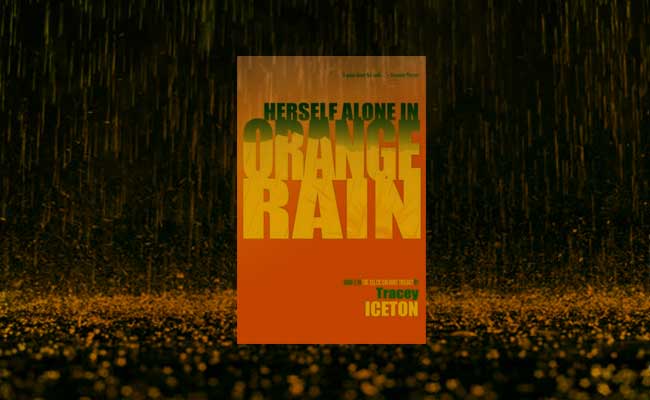 Tracy, it’s over to you:

BookTrail the novel here: Herself Alone in Orange Rain

The novel is part two of my Celtic Colours trilogy which charts 100 years of Irish conflict.  Part one, Green Dawn at St Enda’s, was released last year to coincide with the centenary of the Easter Rising which it focuses on.  Part three will be out in spring 2019 and will explore the situation is Northern Ireland following the signing of the Good Friday/Belfast Agreement in 1998, bringing the story of Ireland’s Troubles up to the present.  The whole of the trilogy is rooted in historical fact, stories that, although them seem incredible, really happened.  And for that reason the novels, especially Orange Rain, feature many real life locations as the fictional action in my novel plays out in parallel to those real life events.  So for readers interested in trailing Caoilainn Devoy as she goes about her covert IRA operations here are some key places to visit, in roughly the order they appear in the novel. 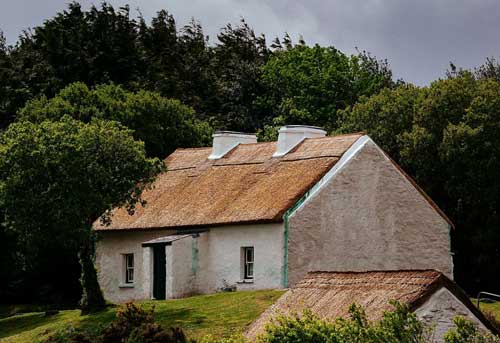 Caoilainn goes twice to the cottage near Rosmuc, in rural Galway, that was once owned by Patrick Pearse, one of the leaders of the 1916 Easter Rising.  She visits there while holidaying with Aiden, drawn to the cottage by a family connection.  Later, she needs to decide whether or not to continue being an active service IRA volunteer, so goes to the cottage to think things through in the solitude of the Connemara countryside.

The cottage is set in the heart of western Ireland’s wild and barren beauty.  Half way up a hillside and ‘brooding’ over the lough below, the wee whitewashed, thatch-roofed cottage is, Caoilainn reflections, a hundred years away from the Troubles.  Today it is a museum to Pearse, done out as it was when he owned and visited it.  Caoilainn gets a private tour inside on her second visit, and reflects on the green and unspoiled Ireland that Pearse died for and which she and her comrades are fighting for still, even though many of them would never have seen it for themselves.  Even today this is a cottage haunted by ghosts past.

Caoilainn has to drive out to this little seaside town on the coast of the Northern Ireland to pick up Connor, a fellow IRA volunteer, who has just escaped from HMP Maze.  Years of imprisonment have taken a terrible toll on Connor and Caoilainn is shocked by the realisation of what the life she has chosen takes from those dedicated to the cause of Irish Republicanism.

.  Today Carnlough feels a hundred miles away from the bustle of Belfast although it’s no where near that far away.  During the Troubles, when bombs were constantly exploding in the capital it must have felt a million miles away from all that, which is exactly what I wanted Caoilainn to experience for a moment, until the Troubles disturb her tranquillity with Connor’s approach.  She talks about trying to ‘pocket precious predawn peace’ but against the backdrop of war, her efforts are futile.  Today Carnlough is a peaceful wee town perfect for drinking in tranquillity and tea. 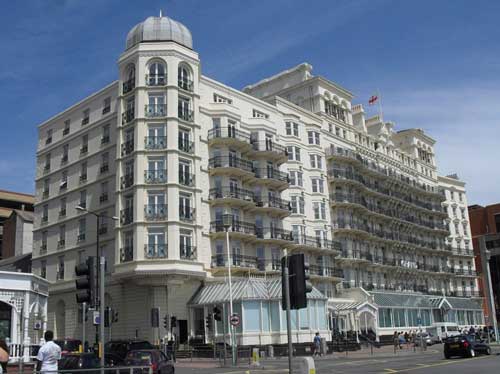 The Grand Hotel was the scene of an IRA attack in October 1984 when a bomb went off during the Tory Party conference, killing five people and injuring 34 others.  Patrick Magee was charged with the bombing in 1985 and as a result many details about the attack are in the public domain, including the fact that the bomb was planted a month in advance, set to go off during the conference via the use of a long range time culled from a VCR.  What isn’t known still is the identify of Magee’s accomplice although there was a suggestion that the unknown IRA volunteer was female.  In the novel this becomes my main protagonist, Caoilainn.

Obviously the hotel’s interior is not now as it was before the attack and this was one of the locations I didn’t manage to visit so I had to imagine what it was like inside, drawing inspiration from the fact that it is The Grand Hotel to create an opulent interior with plush carpets and fine fittings and fixtures.  In this scene I wanted to explore what remains unknown about the attack, in particular what Magee and his accomplice did during their time in Brighton and I focused on Caoilainn’s feelings of being out of place in the rich environment which is a stark contrast to previous places she has lived and visited during her IRA missions. 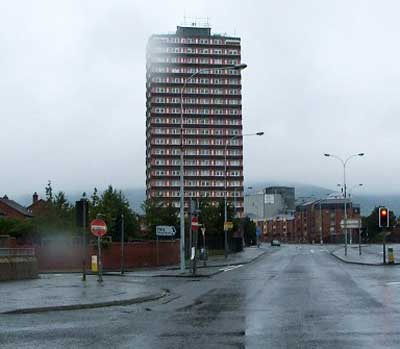 This complex of flats in Belfast have since been demolished although Divis Tower remains as a living reminder of the larger complex, still towering over west Belfast.  Because the residences were mainly Catholic it was the site of IRA activity and British soldiers were frequently installed in empty flats to carry out surveillance.  Caoilainn is called there to confront a British sniper who has been spotted by an elderly, Republican, Mrs Murphy.

In writing the scene and describing the inside of Mrs Murphy’s flat where Caoilainn takes up position in order to shoot at the British soldier, I focused on the sort of details I imagined the home of this elderly lady to contain (I thought about my Nan’s and Grandma’s homes).  She has to fire through net curtains that ‘swish and billow’ at the window and is served tea in a china cup and saucer.  I wanted to portray how this conflict literally invaded people’s homes by juxtaposing the domestic with the military as Caoilainn assembles her rifle in Mrs Murphy’s bedroom, making the scene poignantly reflect the tension between the political and personal.

Once Caoilainn is a known IRA volunteer she has to change her identity in order to keep operating for the movement.  To do so I moved her to a small village in County Tyrone where she would be unknown and where she is able to reinvent herself as a housewife.

Ballygawley is typical of a lot of small towns and villages in Northern Ireland in that it did not escape the Troubles.  In 1985 an IRA unit attacked the RUC station there so it seemed an appropriate place to move Caoilainn to in 1987 because, in her mind, the village has already had its troubles, ‘like growing pains’.  When visiting it for research I was struck by how innocently rural it felt and also how unchanged.  I noticed one shop, Quinn’s Butchers, displaying a sign saying it was est. 1978 so, as that shop was certainly there during Caoilainn’s time, it features in the novel although the butcher himself is fictionalised and, I hope, offers a plausible depiction of how people tried to get on with their lives despite the long shadow of conflict that fell far and wide during this period.

Herself Alone in Orange Rain depicts a variety of different locations, rural, coast and urban, run-down and well-off, because this conflict impacted on all these places and where possible I tried to craft descriptions that would bring these places to life for readers, letting them experience the conflict in situ.  Visiting these places post the conflict I found myself taking an emotive journey into a past literally too close for comfort but it was a journey without which I couldn’t have written the novel and one I recommend to those interested in exploring the tragic realities of that period.

Thanks Tracy for this fascinating insight into your novel