A postcard from Africa….

Leopard at the Door is an evocative lyrical read which you will never forget. Even the cover evokes the heat and passion of the African continent.. 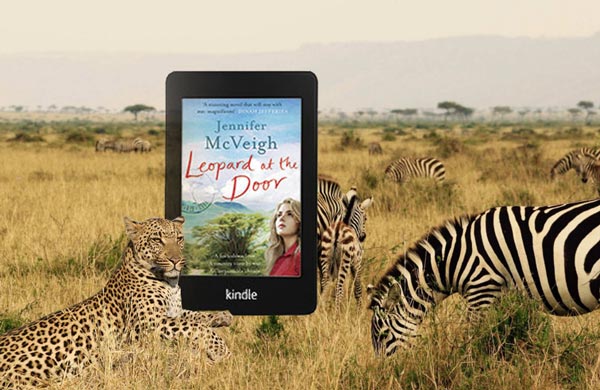 Booktrail Leopard at the Door

Leopard at the Door is set in Laikpia, which was known as the White Highlands in the 1950s. It is a landscape which is wild and beautiful, and little changed over the last hundred years. Many of the cattle ranches have turned themselves to conservation and now protect the elephant, leopard, lion and rhino which live within their borders. These former ranches, often owned by the British, have opened themselves up to tourism, offering the experience of life as an early settler in Kenya. Over the last year, impending elections have brought violence and political discontent to Laikipia, and it would be safer to visit the Maasai Mara in Southern Kenya, a peaceful region, and one of the most game rich areas in East Africa. 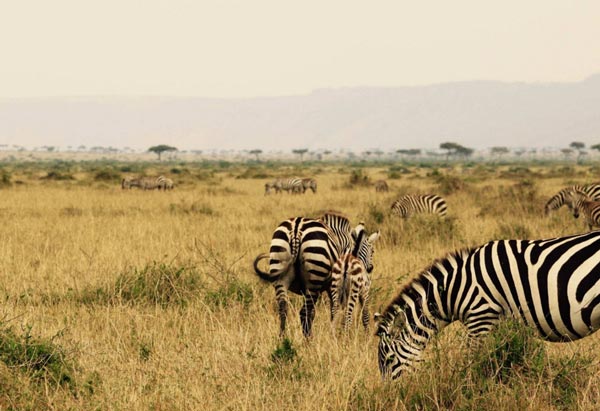 I have always wanted to write a novel set in Kenya. I first went to East Africa when I was twelve years old, on safari in the Maasai Mara, and fell in love with the wilderness. We rode for eight hours a day, across landscapes that were completely remote, and camped at night under a sky glittering with stars. But Kenya has a dark history, and it was only when I learnt about Mau Mau – the group of Kikuyu freedom fighters who challenged British rule in Kenya – that I found a subject which would reveal what life was really like in Colonial Kenya. 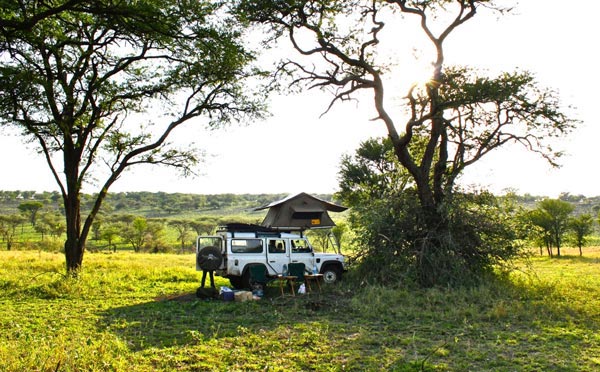 And yet the story itself still eluded me, until I came across the memoirs of Kikuyu men who had been educated at Alliance High School, the pre-eminent school for blacks in East Africa, where they learnt perfect English, studying Shakespeare and Defoe. Many were drafted into the war in 1943, fighting alongside the British, sometimes better educated than their fellow soldiers. They sweated it out in the jungles of Burma, and were promised so much on their return to Kenya, only to be given so little. Some went back to the Rift Valley farms where they had grown up, working for their old white masters as though nothing had changed. What if – I asked myself – a white settler girl, isolated by her own family, became close to a Kikuyu boy on the family farm. A boy who was fiercely well educated, who had fought in the war, who understood life in Europe, but had been initiated into Mau Mau? In that moment, my story ignited.

Booktrail Leopard at the Door 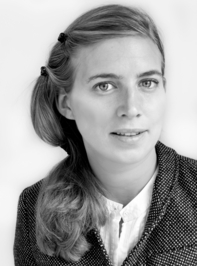 Many of the descriptive scenes from the book are drawn from my own experiences in East Africa. My husband and I have driven through the Mara in Southern Kenya, down to Lake Victoria and through the extraordinary, remote landscape of the Western Serengeti, camping every night on the roof of our Land Rover and cooking food over a stove. This was Kenya as Rachel’s parents – who were early settlers – would have experienced it nearly a hundred years ago. Later we visited Northern Kenya, staying with friends on their remote, beautiful ranch on the edge of the Rift Valley. We walked in the early mornings, when the land was cold and de-saturated, tracking lion and elephant, and when the sun rose we ate breakfast under the thorny branches of an acacia, watching the trees around us flood into colour. Very little has changed since the 1950s, and this was the world I was trying to recreate in Leopard at the Door.

The sprinkles of native words…

Many of the phrases and expressions in Leopard at the Door were picked up during my visits to Kenya, and are Kitchen Swahili – a bastardised language developed by white farmers who needed to communicate with their labourers. The word Bwana meaning ‘boss’ or ‘sir’ is still in use today, though in the pages of my book it was a subservient term used by black Kenyans addressing white settlers, and meant something closer to ‘master’. I acquired an old Kitchen Swahili grammar book from the 1950s which filled in some of the gaps in my knowledge. 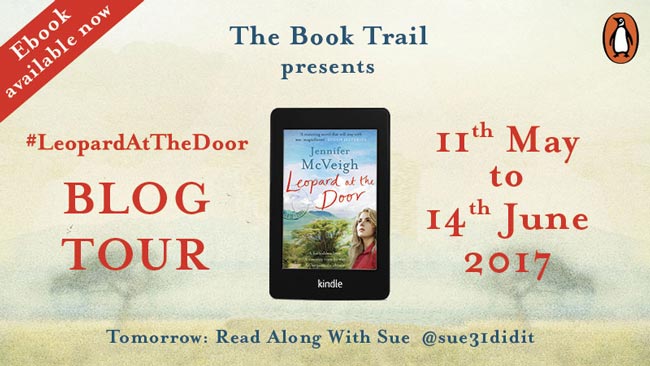 Many Many thanks Jennifer for taking the time to share such special memories with us.. it’s a heartbreakingly beautiful book.