Ian Skewis will be at Bloody Scotland this year. Appearing on a panel to chat about crime, crows and criminal activity. He’s one of the new kids on the block – and is currently “Hangin’ tough” in Hobbs Brae, his fictional setting in the wilds of Scotland. If you’re brave enough, he’ll take you there right now. On a mini tour, “Step by Step”…. 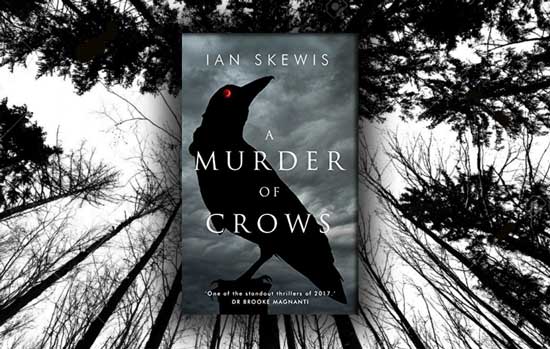 BookTrail A Murder of Crows here

The location for A Murder Of Crows was very important as I always knew it needed to be set largely in the countryside. I wanted to create a fictional village which would be an amalgamation of all the places I visited as a child. Due to a disturbing experience I had in the country when I was nine years old (more on that later) it was paramount that this location represented something dark, something haunting. That location became the village of Hobbs Brae.

The name suggests something sinister (Hob being an old name for the Devil, and a very definite nod to Nigel Kneale of Quatermass fame). On a more basic note, it helps to place the characters in an environment that is realistic, and which, certainly in this book, has an effect on them. For example, Hobbs Brae has its own microclimate, resulting in a claustrophobic atmosphere, which in turn, affects how many of its inhabitants behave. 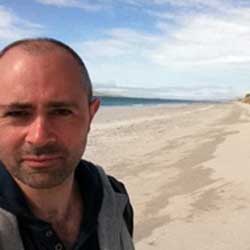 I dredged it up from memory and then heightened it here and there in order to create a location that was beautiful – but dark and dangerous too. Hobbs Brae has everything really; perfectly mown gardens with twitching curtains; an eerie forest, and a ancient ruined abbey beside the coast. All these places serve to give a backdrop of suspense.

Where should readers visit to experience your novel?

A Murder Of Crows was inspired by an experience I had as a child. In 1979 I was returning from a walk in the countryside with my parents when we discovered the dead body of a man hanging from a tree. My father called the police but someone else had already discovered the body and the police were already on their way. My mother kept me away from the sight. I remember her holding me in her arms. However, I still see him even now as if he is only a few feet away. I guess my imagination was already filling in the gaps, as it were. Within days all of the kids in the area were fictionalising the event, with ghost stories and so on. 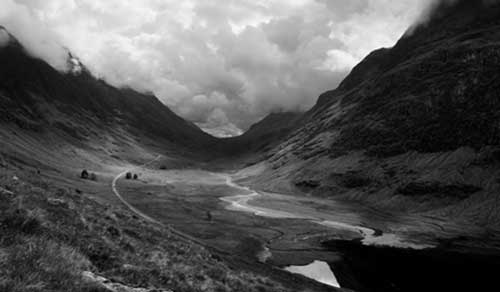 Since that fateful day the countryside has always had an eerie quality and so it made sense that A Murder Of Crows should be set there. The site where the body was found is still there, though completely overgrown. I went back there recently to have another look, as my nearby school was being demolished and I wanted to photograph it before it completely disappeared. I found the place where the tree had been where the man was hanging from.

Nothing there. Just overgrown bushes. No sign of the tree at all. But I felt a chill up my spine and I knew, I just knew, that this was the exact spot where he died. I never included this in my novel as it didn’t seem right, but the essence of that dark day is very much in evidence. I did take a couple of my American readers there in order to illustrate the origins of A Murder Of Crows. I also took them to see some of the Glasgow locations featured in the book as listed above. 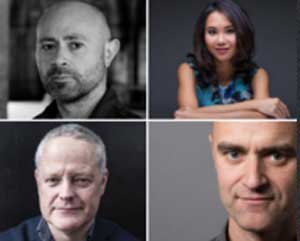 Being on the New Crimes panel is such an honour. What are you looking forward to and what will you do to steady your nerves?

It is indeed an honour and I’m thrilled to be taking part. I’m looking forward to meeting Alex Gray again (I met her at a book reading in Dumbarton last year) and to meeting my fellow debut authors. I love hearing where writers get their inspiration from and how they approach the craft. I’m also very excited about meeting Ian Rankin, Val McDermid and Lynda la Plante, as I’ve not encountered them yet at other events.

As for my nerves, I’m a trained actor and I’ve done many public speaking events for A Murder Of Crows already, so I’m not too nervous, though this really is an event on a scale I’ve not encountered thus far, so yes, I will be more nervous than usual, I guess. But preparation, and knowing what you want to say are the basic keys to getting rid of one’s nerves as it focuses your attention away from your feelings and on to what you want to put across. That, and some deep breathing beforehand usually helps.

What else are you looking forward to at Bloody Scotland?

I’m looking forward to catching up with friends and meeting new ones. Soaking up the atmosphere. Meeting agents, publishers and anyone who works in the industry really.

What’s next for your writing?

I’m currently writing the sequel to A Murder Of Crows, as well as two other book proposals. I’ve also compiled a short story for a forthcoming anthology – and I have loads more stories in various stages of completion all waiting to be unleashed for anyone who is interested.

Favourite tipple at the bar?

Gin and tonic or white wine mostly. My favourite gin at the moment is Orkney gin. Favourite wine is Rioja.

Prime Suspect. My favourite was the original story and the final one, where DCI Jane Tennison becomes an alcoholic. One of the best TV dramas I’ve ever seen.

Not having enough time! There’s always so much to do – writing, researching, publicity, marketing – the list is endless. Not to mention holding down a job. Writers have to juggle a lot of occupations these days, that’s for sure. I love it though. I must do, otherwise I wouldn’t be enduring it. I’d love to be able to write full time though. One day…

Thanks Ian! Fascinating answers and a great prelude of what to expect at Bloody Scotland!

Ian is on the panel Alex Gray’s New Crimes with Felicia Yap, Mark Hill and Rob Ewing  Saturday 9 September from 2:00 pm – 3:00 pm     Be there or those crows might just come after you…