A city which needs to be parodied – London – Jeremy Liebster

The Bespokist Guide to London – spoof cafes,spoof hotels and a rather interesting collaboration of a hotel between Ritz, Armani and Greggs….intrigued? how did it come about? 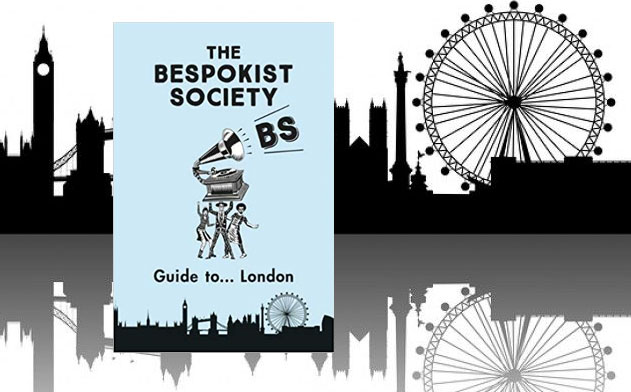 The Bespokist society Guide to London

I think it was the birch pollen icing. There I was, in a hipster cafe somewhere East and I was gazing at an artisan cupcake made from the kind of ingredients that make you sneeze. I couldn’t contain my chuckle. Or maybe it was seeing how many times I could find the word ‘bespoke’ in a Conde Nast travel magazine, or reading in Time Out about the latest car garage that had been turned into a small batch gin distilllery. At any rate, at some point in Spring 2017 I decided that London was a city desperately needing to be parodied. I searched bookshops and the internet but there was nothing – no spoof reviews, no parody city guides. And so The Bespokist Guide to…London was born.

I have to fess up – us lawyers aren’t known for our sense of humour. But I’m so obsessed with travel writing and guide books that I have developed a certain knack of mimicking their upbeat style. So I started writing. Straight faced, spoof reviews of the kind of ludicrous places that aren’t a million miles from actually existing : the Shoreditch branding parlour, the bottom pampering studio, the illicit speakeasy at the top of John Lewis. I made myself laugh with silly concepts in silly locations. And every hip guide book features an up and coming location so my guidebook featured Hanger Lane – the least cool place in London that is basically a gyratory system! 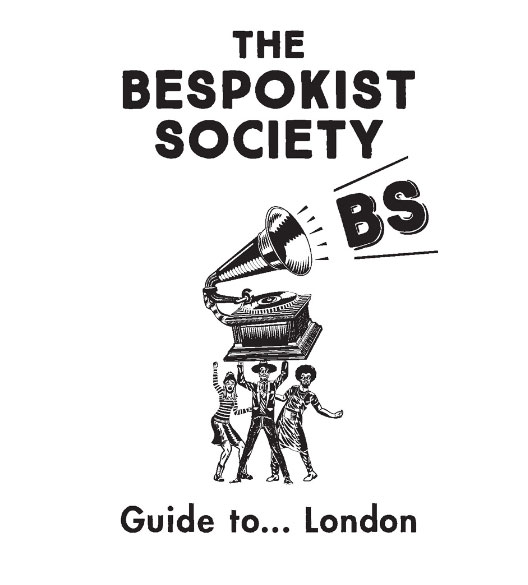 The Bespokist society Guide to London

And then there are the people. The Q&As with smug celebs at the back of the Evening Standard with their hush-hush tips on London secrets; the artisan coffee makers who are convinced they have sourced the perfect brew; the charlatan exercise gurus with their legions of devoted followers.  My guide had to feature some spoof interviews.

I started writing first for my family and friends, and when the reaction was positive, for strangers. I advertised for a photographer on Craigslist as I realised this guide needed some pretty, instagrammable photos if I was going to carry off a parody. I sat down with a few (some of whom didn’t understand the concept) and then met Chris Chan, a talented Aussie photo-journalist with a wicked sense of humour who immediately got it. Together we hired some actors who loved the idea and we had a great day shooting in a studio in Clapham. If nothing else it was fantastic to be doing something so outside the realms of my day job.

The reaction from readers has been brilliant. People have grabbed onto the idea and text me when they see the latest gluten free milk bottle with an earnest back story or a menu featuring 72 hour fermented oji berries.

So what’s next for the Bespokist Society? At Christmas we’re going to do an update with an insert featuring London’s most plastic free businesses – from a Canadian restaurant that’s been trialling glass beakers to a delivery company whose boxes are made of 80% insect lava. And we’re also toying with Etrusci – The Cookbook : a spoof cookbook featuring a range of organic recipes from 800-400BC.