The Last Girl to Die set in Scotland

Helen fields has written a very unique and creepy crime novel. The plot, at first sight, is a normal crime/missing girl story. But oh no.It’s far from ordinary. True, a 17 year old does disappear from her family’s new home on the Isle of Mull. Enter private investigator Sadie Levesque who eventually finds the body but that’s not all she finds. The body has been arranged in a very distinct way. Mumurs of witchcraft and the occult haunt her. What is the truth and what does it mean?

This island has secrets it may or may not be willing to share.

Heck when a novel’s location is this closely tied to events, The BookTrail is there! 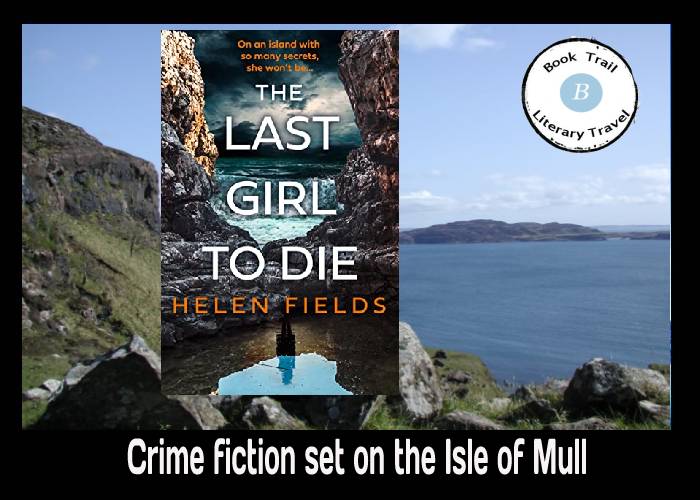 The blue-faced winter witch, Cailleach Bheur, lived on Mull for a thousand years. Once a century she bathed in the pure waters of Loch Ba to be changed back from an elderly woman into a young maid, always before the birds and mammals had awoken. On the day of her death she rose too late, and was seen by a shepherd’s dog who barked at her. The witch crumbled into dust on the shore of Loch Ba, never to be seen again.

The San Juan de Sicilia Spanish galleon arrived in Tobermory Bay in 1588 seeking supplies and repairs. On board was a princess who dreamed of a beautiful man who lived on Mull and who she would fall madly in love with. Se saw him as the ship approach harbour, but the man was married. His wife sought help from the Mull witch – the Doidreag – who used her magic to set the ship ablaze as it left. It lies there still at the bottom of the bay, and a few of its treasures can be seen in the Mull museum. 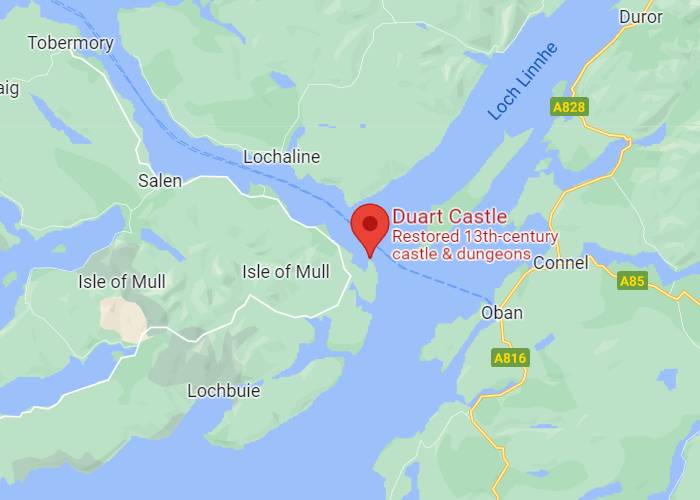 Ewan Maclean, son of the clan chief who ruled Mull from Duart Castle, is said have lost his head in a battle with his father’s men. His horse rode off with Ewan still in the saddle, in the direction of Glen Mhor. Ewan is said to have been laid to rest where his body finally fell to the ground. Some say you can hear horse’s hooves when there’s no one around, and the headless ghost has also been seen in his ancestral home heralding the death of a Maclean family member.

MacKinnon’s Cave isn’t just the deepest cave in the Hebrides, it’s also the place where a piper walked, playing his bagpipes, to see if he could reach the cave’s end. He disturbed the fairies who lived there, and they told him he could leave with his life if he could reach the cave mouth still playing. The piper nearly made nearly to the exit, failing in exhaustion at the last minute. He met his death in the cave. Only his dog survived, running out petrified and hairless. Also there you’ll find Fingal’s Table, a huge slab of stone left by an Irish giant, and used as an altar in ancient times.

Outside this 12th century cemetery’s boundary lie the bodies of a former chief of the clan Maclean of Duart and his wife, beneath carved slabs reserved only for the rich and powerful. It’s said their bodies could not be laid to rest on holy ground as they were rumored to burn cats alive in efforts to summon the Devil. The same graveyard was apparently home to fairies who would grant modest wishes until the day a fisherman left a wood for them to turn into a ship’s mast. 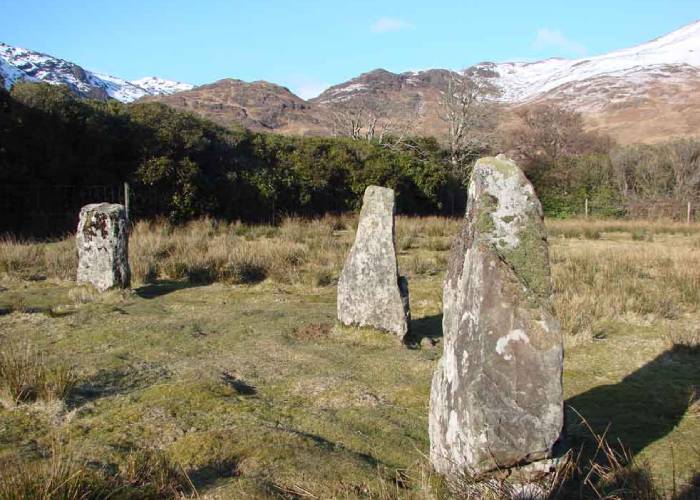 The granite circle of stones, flat faces turned inwards, are overlooked by the mountain Ben Buie. It’s a magical place when the mist rolls down the hillsides, and you can easily imagine the Celtic rituals that took there from when the circle was formed in 3000 BC. 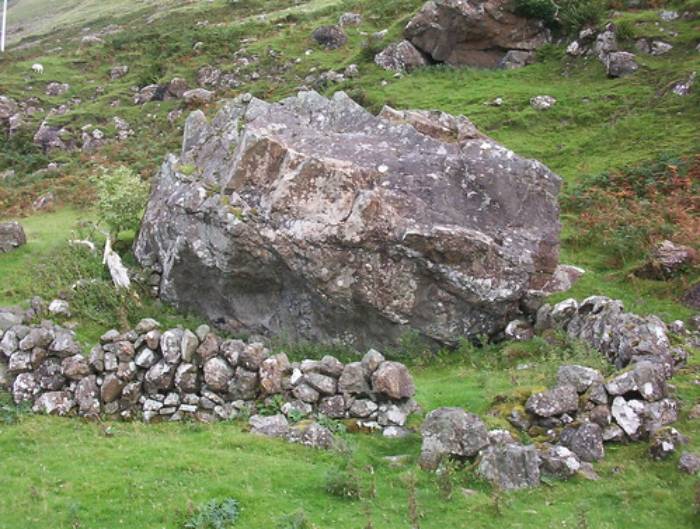 In the 1700s, a young couple married during a raging storm then went off to celebrate their nuptials in their nearby cottage, set back against the against base of the cliffs. The violent storm continued until it dislodged a huge stone from the cliffs that fell onto the cottage, crushing the building and the newlyweds within, killing them both instantly. Their bodies couldn’t be recovered. The rock sits today where it fell, the walls of the cottage smashed into the ground beneath. 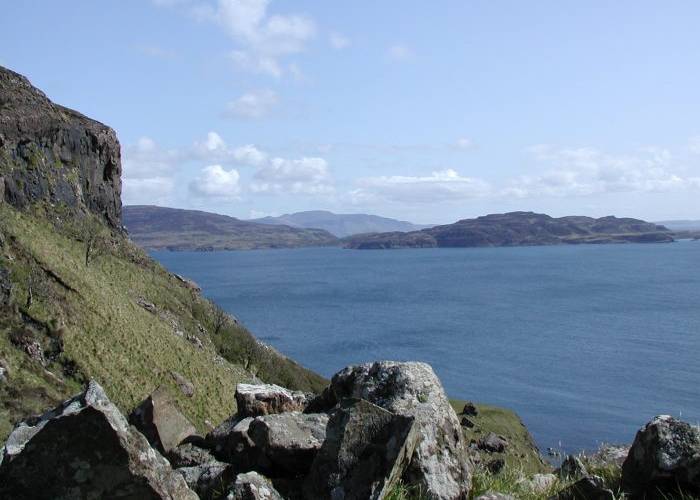 At Treshnish Point for hundreds of years, locals would gather to make offerings to the sea gods. They would pour porridge and ale into the water, or crush up bowls of shellfish and return them to the brine, asking the sea gods to be generous in washing vital seaweed up onto their shores, to keep the sea plentifully stocked with fish, to leave their fishing boats intact among the ferocious waves and to keep their children safe from drowning.